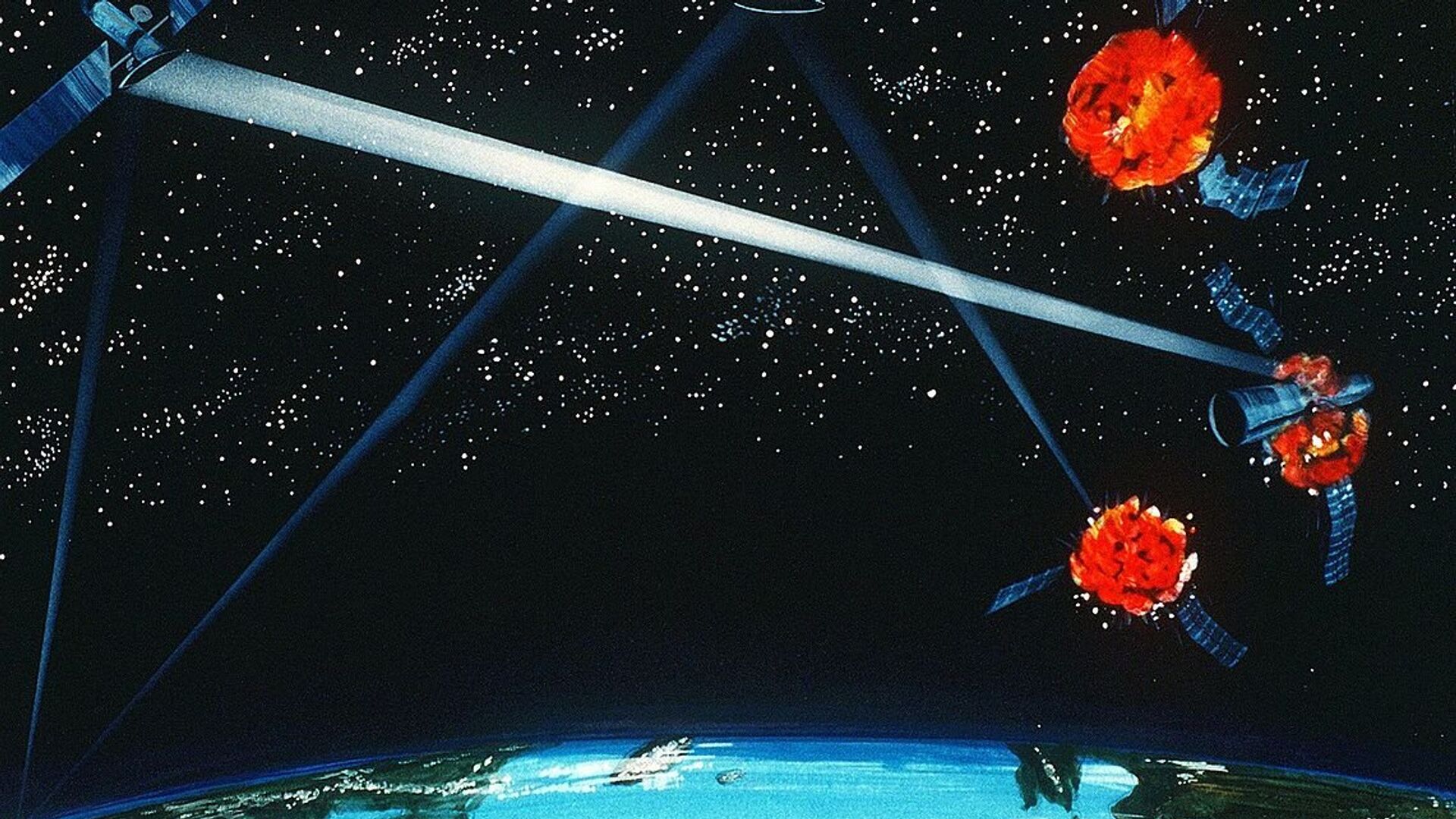 CC0 / /
Subscribe
International
India
Africa
Morgan Artyukhina
All materialsWrite to the author
In the 1980s, the Pentagon attempted to develop satellite-based laser weapons to intercept incoming nuclear missiles. While the US lacked both technical knowhow and political will to finish the Strategic Defense Initiative, that didn’t stop them from testing a slew of space weapons, many of which it fears, now that other nations possess them.

The US Space Force (USSF) has let slip that it is developing space-based directed-energy weapons, a direct violation of the 1967 Outer Space Treaty, which prohibits the militarization of space.

“Yes sir, we are,” Chief of Space Operations Gen. Jay Raymond told Rep. Jim Langevin (D-RI) during a Wednesday hearing after being asked if the USSF was developing directed-energy systems for US satellites.

The hearing was one of two held in both the House and Senate Armed Services Committees in which Department of the Air Force leaders were asked about their strategic and budgetary priorities.

Raymond told lawmakers that while space has long been key to US economic and military success, "for the past three decades, we have been able to take that access and freedom for granted. Unfortunately, as the National Defense Strategy and the newer Interim National Security Strategy identified, this is no longer the case.”

Reiterating the USSF’s claimed raison d’etre - that Russia and China are “rapidly developing their own space capabilities,” Raymond claimed that both nations are fielding “directed energy systems that can blind, disrupt, or damage our satellites; anti-satellite weapons in space that are designed to destroy US satellites; and cyber capabilities that can deny our access to the domain.”

Satellites are a pressure point for the US military and intelligence agencies because almost everything they do is dependent in some way or another on information relayed off a space antenna. That includes communication, GPS navigation and targeting, intelligence-gathering, and more. In its doctrinal documents, the Space Force refers to space as the ultimate “high ground.”

In 2006, the US National Reconnaissance Office claimed that China had tested a laser dazzler on a US satellite, temporarily blinding it, but to date the US has not publicly accused Russia or China of deploying directed energy weapons in space, meaning the US is willing to potentially be the first one to break that rule.

However, the US has derided alleged anti-satellite (ASAT) weapons tests by both nations as well, claiming they are a threat to US space assets. This, despite the fact that the US developed anti-satellite missiles more than half a century ago and has even detonated nuclear weapons in space to test their ASAT capabilities. The US has already tested a directed-energy weapon in space too, when it fired off a particle beam for four minutes in 1989 in an effort to develop anti-ballistic missile capabilities.

In 1967, the Outer Space Treaty between the US, the UK, and Soviet Union laid down the basis for international space law, making it clear that the universe beyond Earth’s atmosphere was not to be a domain for military contestation as signatories pledged never to place weapons in space. The treaty is non-binding, but an important statement of peaceful intent.

Notably, the treaty did not ban the construction, testing, or use of ground-based anti-satellite weapons.

To compensate for the dangers posed by other nations challenging the US’ long-assumed supremacy in space, the Pentagon has laid out plans for a vast expansion of satellite capabilities. These include new ballistic missile and hypersonic missile detection satellites, communications and internet satellites, and other intelligence-gathering probes that could one day number in the thousands.