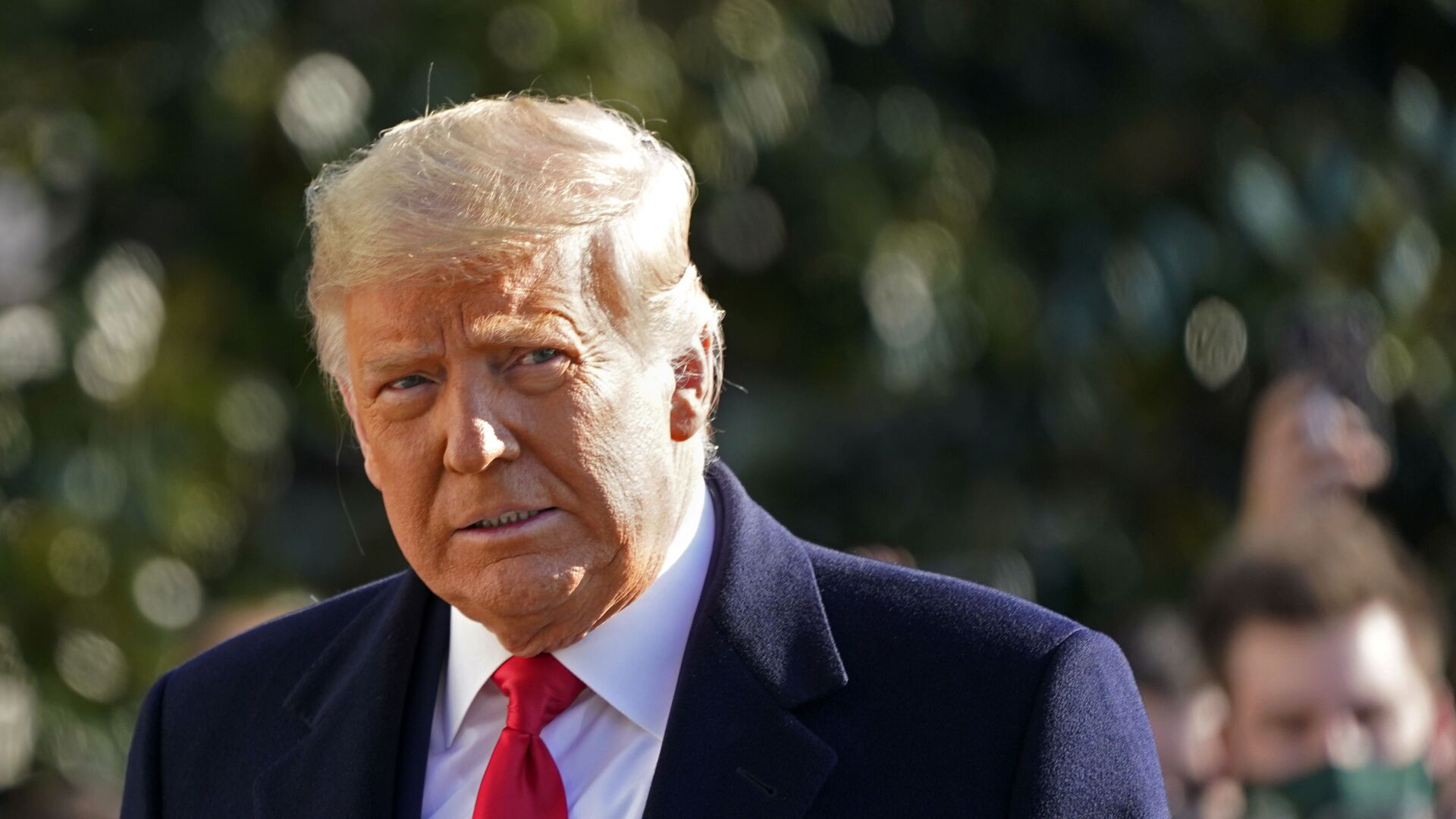 Ilya Tsukanov
All materialsWrite to the author
Trump did historically well for a Republican among minorities in last year’s presidential election, winning 12 percent of the African American vote, 32 percent of Hispanics, and 34 percent of Asians, and increasing the percentage in all three categories compared to 2016, but still losing the race to his Democratic rival.

Former president Donald Trump reportedly complained about the African Americans voting bloc’s dislike of him despite his efforts to push through a sweeping 2018 criminal justice reform bill aimed at reducing the number of black men in in America’s prisons.

“I’ve done all this stuff for the blacks – it’s always Jared telling me to do this,” Trump reportedly said, referring to his son in law Jared Kushner, according to an excerpt from a new book by Wall Street Journal reporter Michael Bender.

“And they all f****** hate me, and none of them are going to vote for me,” the former president reportedly added. Trump allegedly made the comments to an associate on Father’s Day 2020.

Bender’s book, "Frankly, We Did Win This Election: The Inside Story of How Trump Lost," comes out in August and will be the umpteenth "inside story" about the Trump presidency to hit store bookshelves in recent years.

Trump endorsed and signed into law a major bipartisan bill known as the First Step Act in late 2018, calling it a “big first step” toward criminal justice reform. The law’s measures included easing rehabilitation efforts for federal prisoners, and providing judges with much more discretion in the sentencing of non-violent offenders, particularly in the case of non-violent drug crimes. 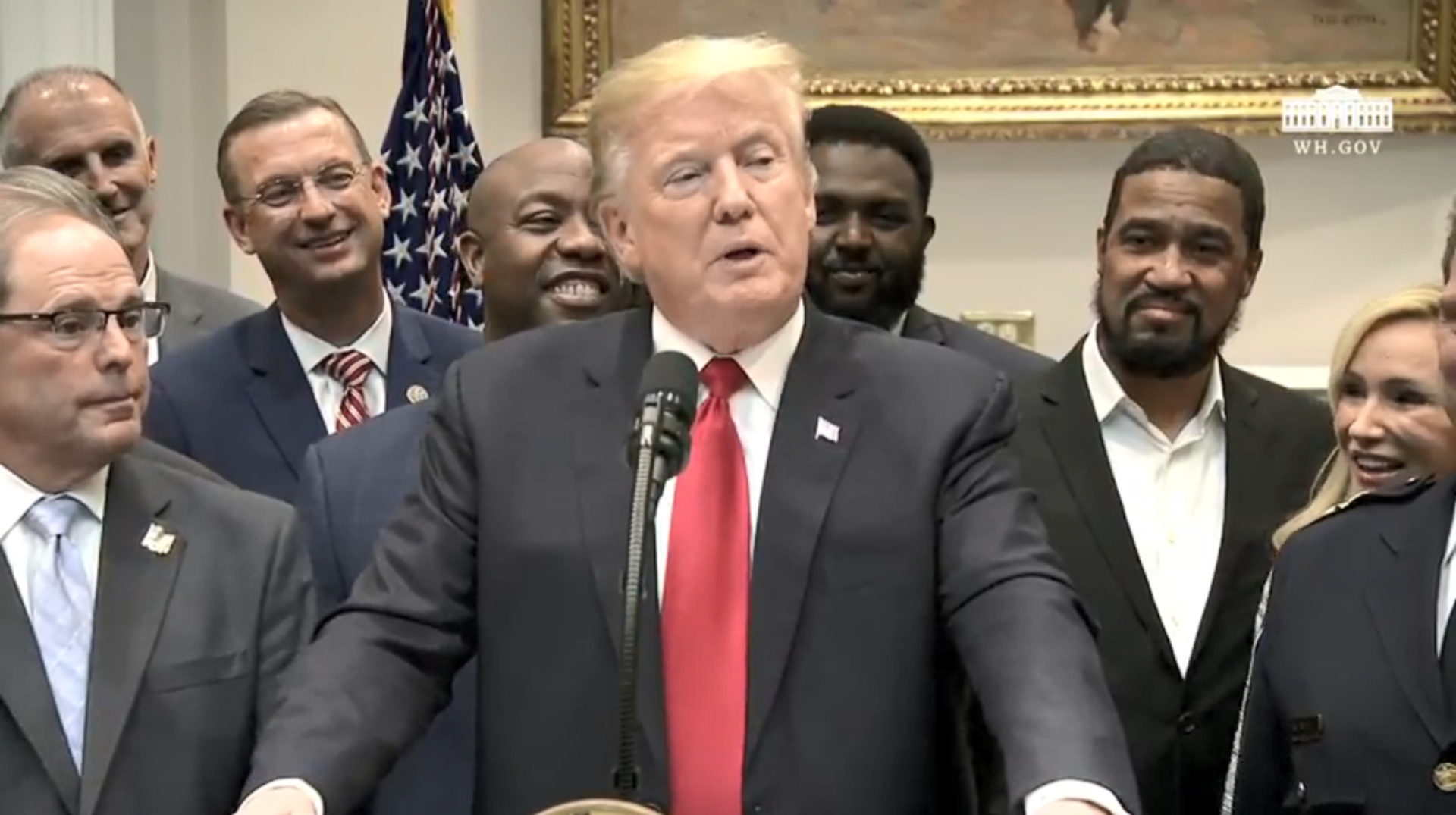 According to 2016 data from The Sentencing Project, some 450,345 people in US federal and state prisons were incarcerated on drug-related charges, with a 2018 estimate by the Federal Bureau of Prisons calculating that over 46 percent of inmates in federal prisons were there for drugs.

Prior to the First Step Act’s passage, activists spent years advocating criminal justice reform, saying existing rules disproportionately targeted African Americans and other minorities, and that drugs should be viewed as a societal and medical problem, not a criminal one. Before Trump, Republicans traditionally pushed a "tough on drugs" approach to the issue, with Ronald Reagan, George H.W. Bush and George W. Bush all contributing to the incarceration of millions on drug charges. Ironically, Joe Biden, the current president, expressed support for Republican-style "tough on crime" positions of the 1980s-2000s while serving in the Senate, heavily pushing a 1994 crime bill which led to another surge in the prison population, which critics say again disproportionately targeted blacks.

Hillary Clinton: Americans Contesting 2020 US Election Results Are 'Doing Putin's Work'
African Americans have overwhelmingly vote Democrat since the civil rights movement, and the 2016 and 2020 elections were little different. According to Pew Research, 88 percent of blacks voted for Hillary Clinton in 2016, with just 8 percent voting Trump. Trump did better in 2020 among African-Americans, taking 12 percent of the vote, compared to 87 percent for Biden, according to Edison Research. 2020 also saw a significant increase in turnout among black voters.

Trump’s election time appeals to African Americans and other minorities centred around the economy and jobs, and accusations that the Democrats had failed to improve the wellbeing of black communities despite decades of Democratic administrations. “What the hell have you got to lose?” Trump famously asked black voters at one 2016 rally.