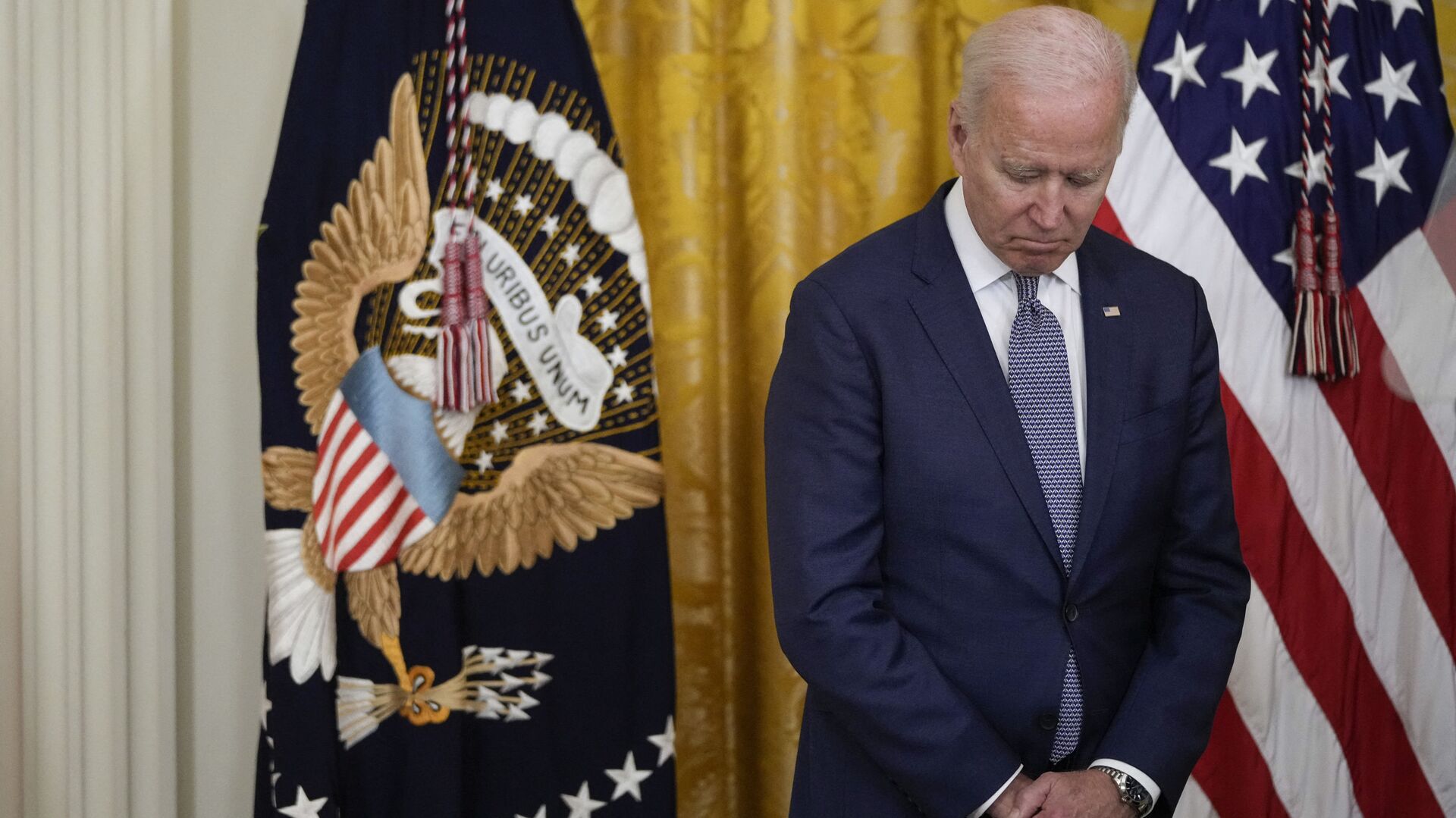 Daria Bedenko
All materialsWrite to the author
Joe Biden's predecessor, Donald Trump, claimed that he took a cognitive test at "Walter Reed Medical Center in front of doctors" and "aced" it. During his 2020 presidential campaign, Trump repeatedly urged his rival to take the test and present the results, as a way of suggesting that Biden was unfit for office.

“The American people should have absolute confidence in their President,” the letter reads. "They deserve to know that he or she can perform the duties of Head of State and Commander in Chief. They deserve full transparency on the mental capabilities of their highest elected leader.”

The signatories claimed in the letter that Biden's "mental decline and forgetfulness have become more apparent over the past eighteen months", listing several gaffes that the president has dropped recently, particularly pointing at situations in which Biden appeared to have trouble remembering the name of his Defense Secretary or failed to recite the first line of the Declaration of Independence in March 2020.

“We hold these truths to be self-evident. All men and women are created by the, you know, you know, the thing", Biden said at the time - a line quoted in the letter - with the letter added "Most school-age children could recite that famous and revered patriotic phrase by heart, but you could not."

The signatories point at how Biden's predecessor Trump "excelled" at his cognitive test, a Montreal Cognitive Assessment (MOCA), urging POTUS 46 to follow the example.

Trump, who boasted that he "aced" the cognitive test, has repeatedly piqued Biden for what he claims is a Democrat who is "unfit" for the presidential office, urging him to take a test as well.

"Honestly, he should take the test, in a way it’s an obligation,” Trump said in 2020 during his failed presidential campaign. "You have to be able to show this country that the person that we are picking as a leader is sharp."

Trump is not alone in repeating allegations of Biden health problems, as the sitting president is prone to verbal gaffes which make the rounds online. More recently, Biden was criticized for his physical health as well, particularly after he slipped twice climbing up the stairs of Air Force One in March.