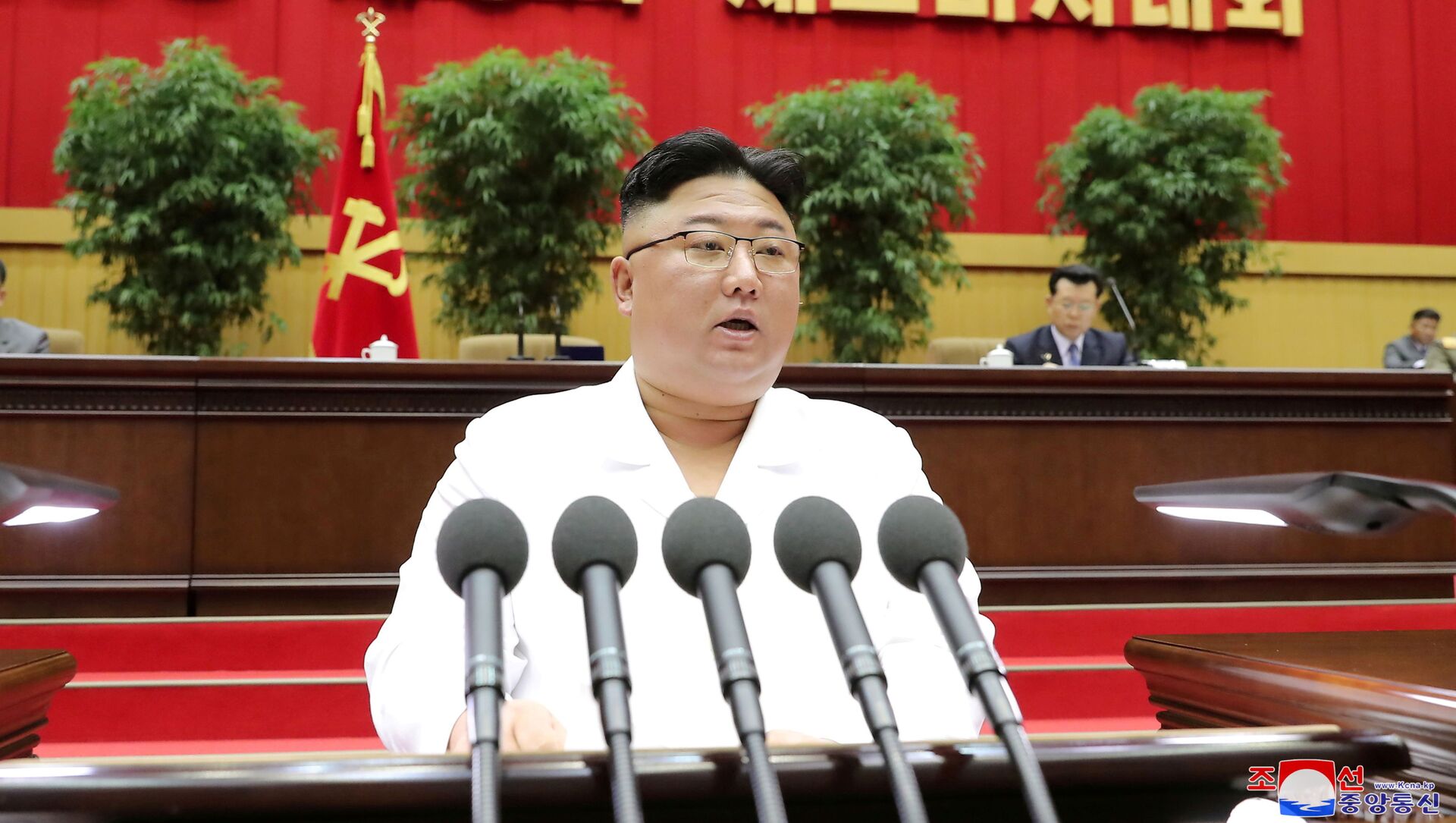 Daria Bedenko
All materialsWrite to the author
In June, North Korean leader Kim Jong Un appeared in public for the first time after an almost month-long absence, turning up at the first meeting of the political bureau of the governing party, according to the Korean Central News Agency (KCNA).

North Korea's Kim Jong Un stated at a plenary meeting of the central committee of the ruling Workers' Party of Korea that the country must prepare for "both dialogue and confrontation" with the United States during the presidency of Joe Biden, the Korean Central News Agency (KCNA) reported on Thursday.

Kim, in his remarks, stressed that preparation for confrontation is especially important "in order to protect the dignity of our state" and guarantee a "peaceful environment".

During the meeting, Kim outlined a strategy of relations with Washington, noting the "policy tendency of the newly emerged US administration", according to KCNA.

The North Korean leader also called "for sharply and promptly reacting to and coping with the fast-changing situation and concentrating efforts on taking stable control of the situation on the Korean peninsula",

In early June, Kim appeared in public for the first time after almost a month - an absence that triggered another round of speculation regarding his health and political status.

His comments in regard to relations with the United States come after Pyongyang earlier accused Washington of "hostile policy". US President Joe Biden outlined that he would not meet Kim unless there is a denuclearization pledge from the North Korean leader.

Currently, the White House said it will use "a calibrated practical approach" with regard to its relations with North Korea.