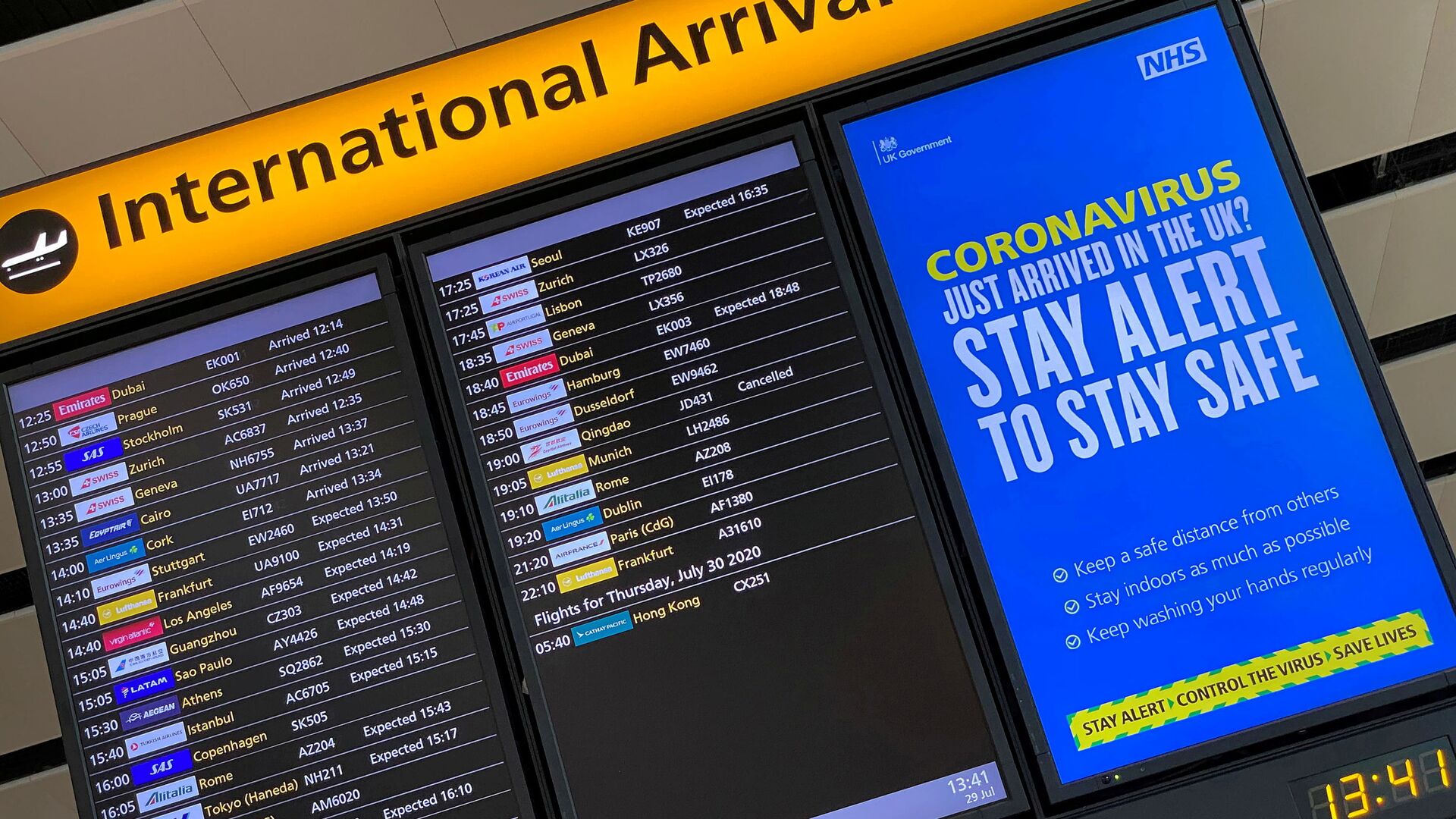 Aleksandra Serebriakova
Moscow-based Sputnik correspondent specializing in foreign affairs.
All materialsWrite to the author
The British “traffic light” travel system, which divides the world into green, amber and red countries depending upon their COVID status, is causing confusion among many Britons, who say the situation is leaving them unable to properly plan their summer holidays and trips abroad.

There is now a chance that Britons travelling from ‘amber list’ countries who have received two doses of an approved COVID vaccine will not be allowed to skip a mandatory quarantine on their return home, the Telegraph and the Guardian reported citing government plans currently under consideration.

According to the ‘traffic light system’, widely criticised by British airway carriers over its “mismanagement”, people with a negative COVID-19 test may skip the two-week quarantine if they return to England from ‘green list’ countries. For the ‘red list’ of states, being quarantined in a managed hotel is obligatory, but there is more confusion regarding ‘amber’ states. For those states, a negative test and self-isolation at home for at least 10 days are generally required. Meanwhile, the government adds that passengers may take advantage of a ‘Test-to-Release’ system and leave the house after only five days.

According to the purported plans, which have not been officially announced yet, those who have been fully vaccinated may skip the quarantine period altogether if they return home from amber states, but they will still be asked for a negative COVID-19 test when they arrive in the UK. Non-fully vaccinated people will have to follow the previous routine. 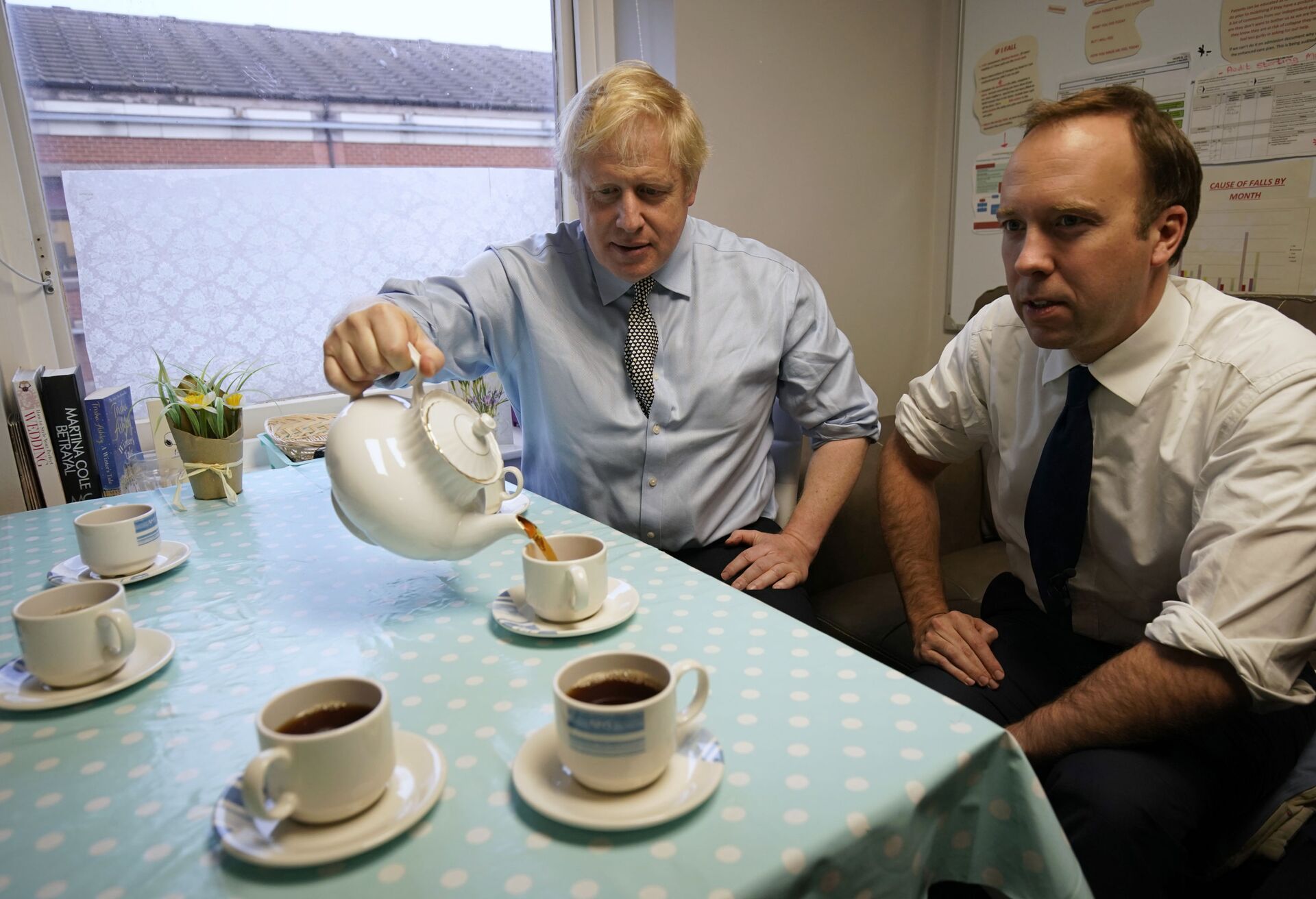 The talks are said to be at an “early stage” but are reportedly supported by Health Secretary Matt Hancock, who previously endorsed strict border restrictions.

"They haven't definitely got there yet, but that's the direction of travel," a senior government source was quoted by The Telegraph as saying.

Ryanair airline and UK’s largest airport group Manchester Airports Group (MAG) earlier said that they had launched a legal challenge against the government’s handling of the colour-coded travel scheme. Ryanair CEO Michael O’Leary said that the system has been “a complete shambles from the beginning”.

The carrier is calling PM Boris Johnson to “explain the scientific basis” behind the desgination of countries into colour groups – the lists that are being reviewed and updated every three weeks. So far, it seems that the government has been making the system up “as they go along”, O’Leary said, leaving the aviation industry in ruins.

“This go-stop-go-stop policy is causing untold damage to the aviation industry and frustrating and upsetting millions of British families when they see their holiday plans and family visits disrupted by the government’s mismanagement of international travel,” the official stated.

This week, Johnson ordered a delay to a widely-anticipated final phase of the COVID-19 lockdown restrictions in a bid to get more “jabs into arms”. The unlocking of the country has now been postponed to 19 July.