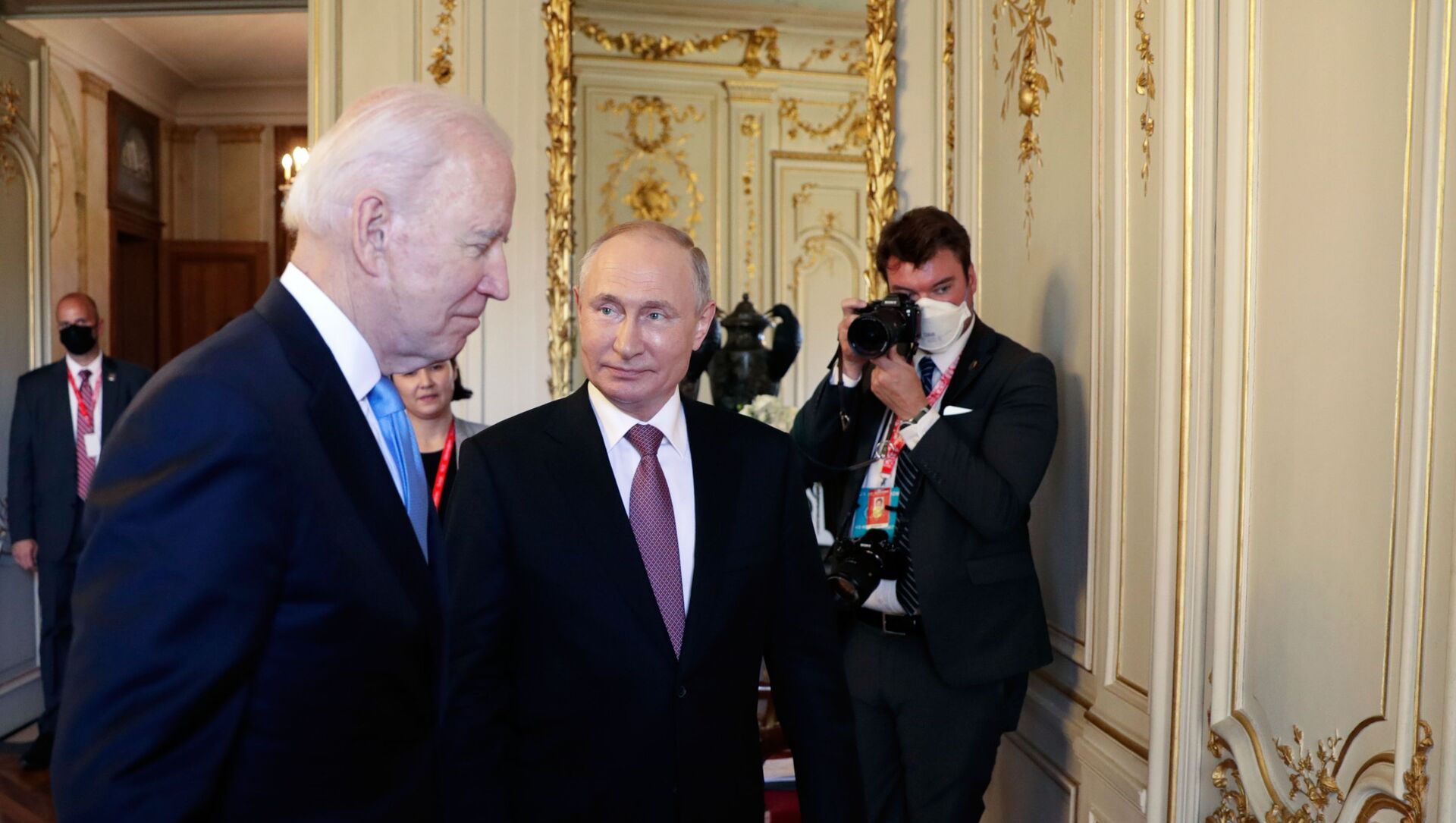 © Sputnik / POOL
/
Go to the photo bank
Subscribe
Ilya Tsukanov
All materialsWrite to the author
The Russian and US presidents held a historic summit meeting in Geneva, Switzerland on Wednesday, where they discussed a broad array of bilateral and global issues, and signed an agreement on the need for the nuclear superpowers to preserve global strategic stability.

The image of Joe Biden drawn by the media doesn't correspond to the reality, Russian President Vladimir Putin has said.

"That portrait of President Biden drawn by our media and even the US media has nothing to do with reality," the Russian president said, speaking to graduates of Russia's Higher School of Public Administration on Thursday.

Characterising the American leader as a "professional" and saying that Russia needs to work with him "very carefully so as not to miss anything", Putin said Biden looked very energetic at the talks despite the long distances he had travelled to be at the summit, and noted that during their hours of face-to-face talks, the US president showed himself to be in command of the issues at hand. Putin added that the atmosphere at the negotiations was sufficiently friendly.

Despite Low Expectations, Kremlin Calls Outcomes of Putin-Biden Summit 'Rather Positive'
"For our part, we will defend our interests. We are ready to continue this dialogue as far as the American side is ready," Putin assured, adding that holding talks like Wednesday's summit was important, because "when people do not speak at all, more and more mutual claims and concerns arise where they otherwise would not exist."

Putin also indicated that he and Biden had come to understand one another's positions on key issues, and that the summit itself led to an understanding on areas where Russia and the US can improve cooperation. The Russian president suggested that cybersecurity was one of these areas, saying that "both for us and for them, it's critically important to combine our efforts to fight cybercrime instead of 'barking at one another like dogs', as the saying goes."

Putin further expressed hope that Biden would be "allowed to work," and that Russian-US ties would not sink to lows experienced in past years.

"I really hope that there will not be a repeat of what happened in previous years, and that he is allowed to work in peace," Putin said, likely referring to the Russiagate conspiracy that hounded Biden's predecessor, Donald Trump, throughout his term in office, and allowed hawkish officials to push him toward hostility to Russia despite election promises to improve relations.

Biden Drops ‘Tough Guy’ Act in Geneva to Get Deal on Arms Control, Ex-Diplomat Says
Trump slammed Biden's performance at Wednesday's summit, telling Fox News that his guess was that "overall...we did not get anything". He went on to criticise the White House's reversal on the Nord Stream 2 Russian-European energy pipeline, suggesting that Biden "gave up" the "unbelievably valuable" restrictions without anything in return. "I think it was a good day for Russia," Trump summed up.

Thursday's comments were the second time Putin spoke publicly about his summit with Biden. In his initial post-meeting press conference in Geneva, the Russian president said the two sides had come to an agreement on the need to preserve strategic stability, confirmed that the countries' ambassadors would return to their respective postings, and said issues including the Arctic, prisoner exchange, human rights, trade and other issues were discussed at length.

Commenting on his impressions overall at his Wednesday presser, Putin said he felt that he and Biden "generally spoke the same language, but this does not at all mean that we must look into one another's souls, into one another's eyes and swear in eternal love and friendship".

For his part, at his own press conference Wednesday, Biden stuck to the US's oft-cited criticisms of Russia and Putin and talked up America's defence of "human rights" and "democratic values". He added, however, that there are areas of common ground between the two countries, and called the summit "positive", even clashing with a CNN reporter after being pressed on how he plans to 'change Putin's behaviour' (video here).