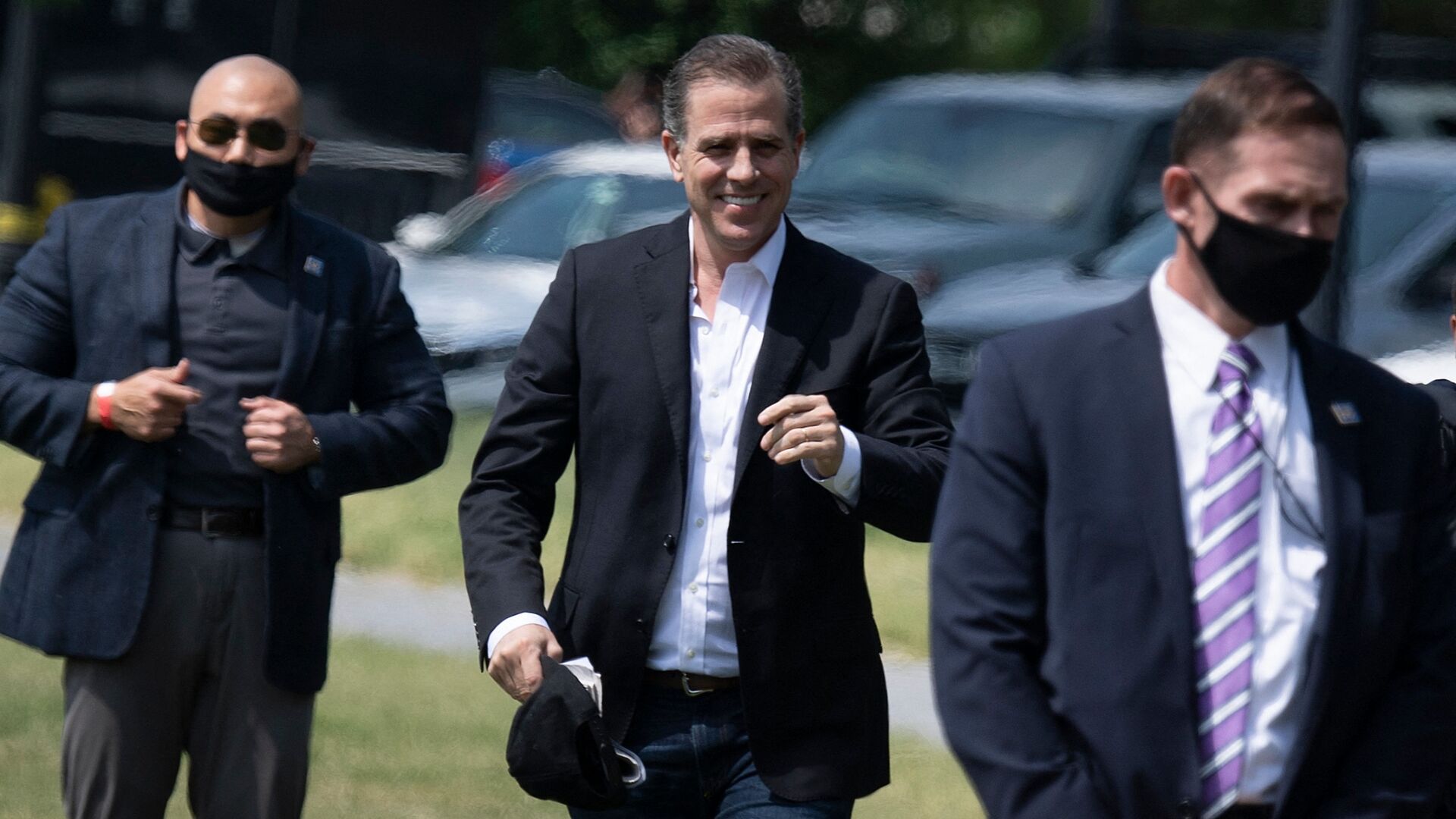 © AFP 2023 / BRENDAN SMIALOWSKI
Subscribe
International
India
Africa
Daria Bedenko
All materialsWrite to the author
This is not the first time that Hunter Biden, the son of the sitting US president, has found himself in hot water accused of racism, as earlier in the month The Daily Mail released what are alleged to be texts in which he used the "n-word", several times.

A text said to be from Hunter Biden appeared to have used the word "yellow" in reference to Asians, when discussing potential dates with his cousin, The Daily Mail reported on Wednesday, citing texts alleged to have been sent from the US president's son's device.

According to the outlet, Hunter Biden and his cousin, Caroline Biden, were discussing the former's preferences in women in January 2019, when the president's niece asked whether he would choose a "foreign or domestic" woman.

"Domesticated foreigner is fine. No yellow", Hunter Biden is alleged to have texted back.

The president's son also purportedly texted that he sought to date women as young as 24, because they are "easy to impress".

"24 is great. Seriously," he allegedly texted. "Its incredibly easy to impress a 24 year old."

The fresh outtakes are said to be from messages that were claimed to have been accessed from a laptop abandoned by the president's son in a repair shop.

Hunter Biden referred to Asians as "yellow" in texts with cousin who asked if he preferred 'foreign or domestic' women. #StopAsianHate pic.twitter.com/V8FCE6xANS

​The new details of Hunter's purported texts have breathed new life into hashtag #RacistHunter, begun earlier in the month alongside The Daily Mail's report on his alleged texts in which it was claimed that he repeatedly used the n-word in a conversation with a white lawyer.

The so-called n-word story caused an uproar, especially among conservatives who accuse mainstream media outlets reluctant to cover the allegations of hypocrisy and double standards. Among those outraged by Hunter Biden's texts was Donald Trump Jr, who tweeted followers on his account to think of the backlash a Trump kid would face if he, or she, made a racial slur.

Now that Hunter Biden has been alleged to have offended another group of people, some netizens have again called out mainstream media for largely ignoring the story.