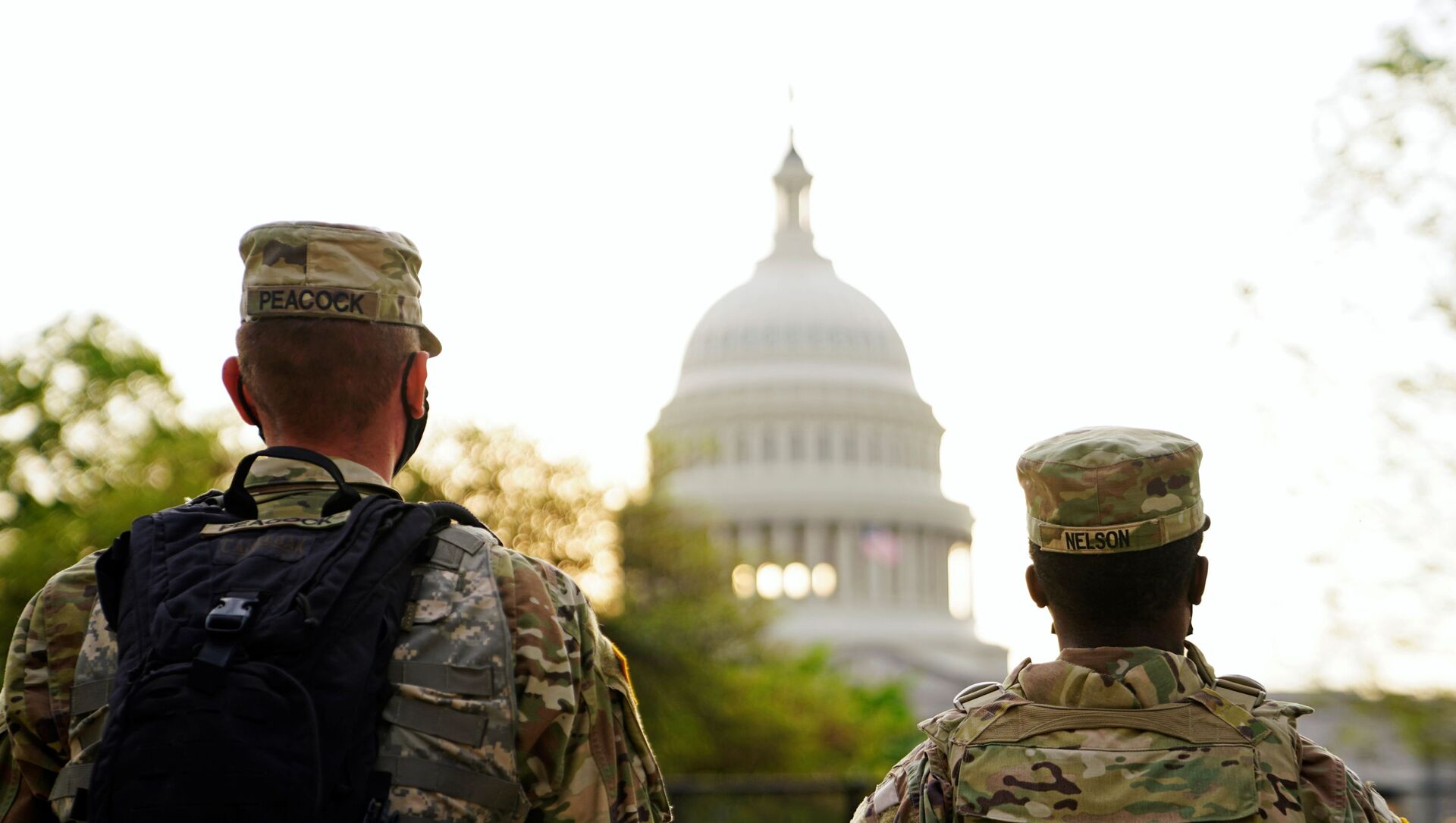 Ilya Tsukanov
All materialsWrite to the author
The former president continues to maintain that the 2020 presidential election was rigged against him, and that Democratic operatives and their allies in key swing states used a combination of mail-in ballots, rigged voting machines, and other illegal means to rob him of victory. His allegations have not stood up in any US court to date.

Donald Trump, former chief of staff Mark Meadows, and other officials repeatedly and unsuccessfully sought to pressure the Department of Justice to investigate reports of election fraud and challenge the results of the November election, the House Oversight and Reform Committee announced on Tuesday, citing summaries of documents said to have been handed over to the committee by the DoJ.

House representative Carolyn Maloney, chairwoman of the Democrat-led panel, suggested in a press statement that the documents demonstrate that Trump “tried to corrupt our nation’s chief law enforcement agency in a brazen attempt to overturn an election that he lost.”

“Those who aided or witnessed President Trump’s unlawful actions must answer the Committee’s questions about this attempted subversion of democracy. My Committee is committed to ensuring that the events leading to the violent January 6 insurrection are fully investigated,” the lawmaker added.

Summaries of documents in the press release, said to have been obtained on the basis of a request to the DoJ last month, suggest that Trump, his chief of staff, and others “repeatedly put pressure on senior DoJ officials to challenge the results of the presidential election and advanced unsubstantiated allegations of voter fraud.”

The files – covering the period between December 2020 and early January 2021 – reportedly also show an attempt to use White House channels to press the DoJ to file a lawsuit with the Supreme Court to nullify the election results.

Meadows, meanwhile, was accused of repeatedly pressuring the department to investigate “conspiracy theories” about election fraud.

Arizona Audit: Trump Slams 'Weak' & 'Stupid' Republicans for Not Talking About 2020 Vote Recount
The committee’s statement comes amid Democratic Party lawmakers’ continued investigation of the deadly 6 January riots at the Capitol Complex – an endeavour aimed at depriving the former president of a chance to run for president again in 2024 after his second impeachment trial collapsed in the Senate in February.

Trump spent months contesting the results of the 2020 election, citing alleged widespread irregularities involving mail-in ballots in key swing states, including late-night “vote dumps” which he suggested reversed an election-night lead. Trump claimed he had “hundreds and hundreds” of sworn affidavits (i.e. statements punishable under penalty of perjury if proven false) and “thousands” of testimonies from eyewitnesses on alleged electoral misconduct involving mail-in ballots, voting machines, and voting site machinations. His legal team filed lawsuits across multiple states, but their allegations were shot down by state courts, and the Supreme Court rejected a motion by the State of Texas to investigate alleged irregularities in other states.

Ex-FBI Boss Reportedly Sent $100K to Joe Biden's Grandkids' Trust as He Mulled 'Profitable Matters'
In his final months as president, Trump went after his own Justice Department and the FBI, suggesting that “maybe they’re involved” in the fraud, and attacking Attorney General William Barr after the latter challenged his allegations on the scale of suspected irregularities.

Trump dutifully abandoned the Oval Office on 20 January, but has refused to concede the election, maintaining that he would be serving a second term if the election was not ‘stolen’ from him. He has also hinted about running again in 2024. Many of Trump’s supporters continue to believe the fraud claims. Last month, a Reuters/Ipsos poll found that a quarter of Americans, including 53 percent of Republicans and 3 percent of Democrats, continue to consider Trump to be the “true president.”