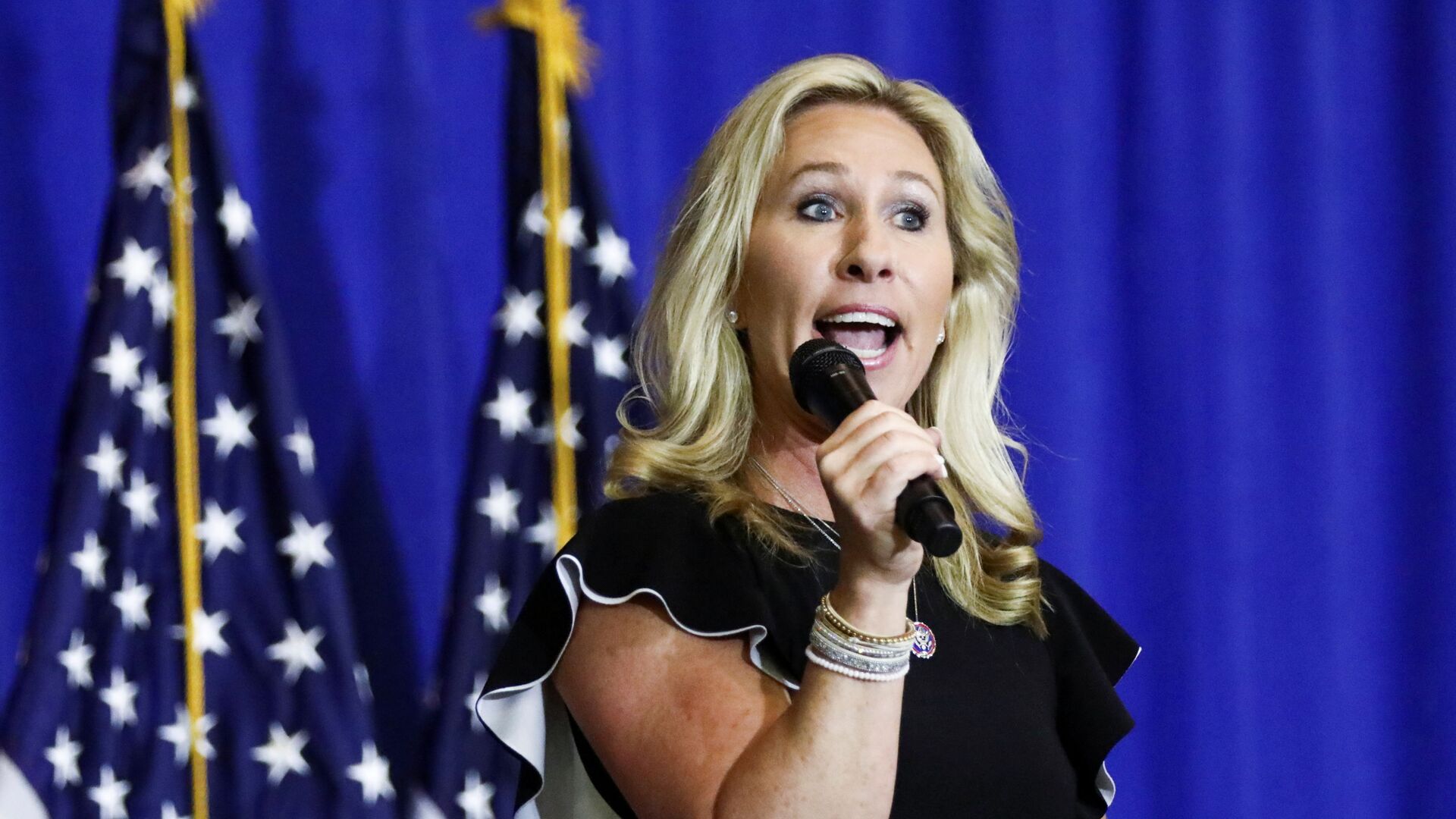 Morgan Artyukhina
All materialsWrite to the author
Since the COVID-19 pandemic began, comparisons to the Holocaust have increased, including references to both the mass death of the pandemic and the genocide, as well as between yellow Star of David badges and various safety requirements made by health authorities, driving some Jewish figures to ask that the offensive comparisons stop.

Georgia Republican congresswoman Rep. Marjorie Taylor Greene on Monday apologized for comments she made last month comparing COVID-19 health safety rules and the Holocaust, claiming that she had educated herself on the Nazi genocide of the Jewish people in Europe and of other minority groups by visiting Washington DC’s Holocaust Memorial Museum.

“I have made a mistake and it’s really bothered me for a couple of weeks now, and so I definitely want to own it,” Greene said Monday outside the US Capitol building.

“The horrors of the Holocaust are something that some people don’t even believe happened, and some people deny but there is no comparison to the Holocaust,” she said,” and there are words that I have said remarks that I’ve made, that I know are offensive, and for that I want to apologize; antisemitism is true hate, and I saw that today at the Holocaust Museum.”

Located next to the Smithsonian Institution museums in Washington DC, the Holocaust Museum is a separate facility, opened in 1993. It contains a trove of archival documents and artifacts, and contains replicas of various aspects of the genocide, including a boxcar used to ship Jews to concentration camps, that visitors explore as part of a narrative history of Jews in 1930s and 1940s Europe.

In late May, Greene made a series of comments comparing various COVID-19 health safety rules to the Holocaust, in particular the yellow Star of David badges that Jews were required to wear in Nazi Germany and across Nazi-occupied parts of Europe beginning in 1941 in order to humiliate and socially ostracize them prior to their deportation to ghettos or concentration camps.

On May 21, Greene told David Brody, the Christian Broadcasting Network’s chief political analyst, on his podcast, that US Speaker of the House Nancy Pelosi was “mentally ill” after establishing a rule that House members must wear masks on the chamber floor if they cannot provide proof of having been vaccinated against COVID-19.

MTG says Speaker Pelosi wanting Members of Congress to get vaccinated and if not to wear masks is “exactly the type of abuse” as murdering Jews in gas chambers during the Holocaust and David Brody nods along. No follow up. pic.twitter.com/inXfD8UBiG

​“You know, we can look back at a time in history where people were told to wear a gold star. And they were definitely treated like second-class citizens, so much so that they were put in trains and taken to gas chambers in Nazi Germany. And this is exactly the type of abuse that Nancy Pelosi is talking about,” Greene told Brody.

That same day, May 25, Greene tweeted another comparison in which she said that a grocery store adding badges to its name tags for employees who have been fully vaccinated was like the infamous yellow “Jew” badges.

Vaccinated employees get a vaccination logo just like the Nazi’s forced Jewish people to wear a gold star.

Vaccine passports & mask mandates create discrimination against unvaxxed people who trust their immune systems to a virus that is 99% survivable.https://t.co/6X6VNolcA7

​“Vaccinated employees get a vaccination logo just like the Nazi’s forced Jewish people to wear a gold star,” she tweeted. “Vaccine passports & mask mandates create discrimination against unvaxxed people who trust their immune systems to a virus that is 99% survivable.”

Greene isn’t the only politician to make the comparison, however, as Rep. Madison Cawthorn (R-NC) in March said that vaccine passports “smack of 1940s Nazi Germany. We must make every effort to keep America from becoming a 'show your papers society.’” In the same month, Richard Grenell, a US ambassador to Germany under the former US president, Donald Trump, tweeted a meme from the 2009 film ‘Inglourious Basterds” that compared unvaccinated people to Jews hiding from Nazis.

​An estimated six million Jews were murdered in the Nazi genocide, alongside another 5.5 million victims from various minorities, including Roma, Slavs, LGBTQ people, and communists.