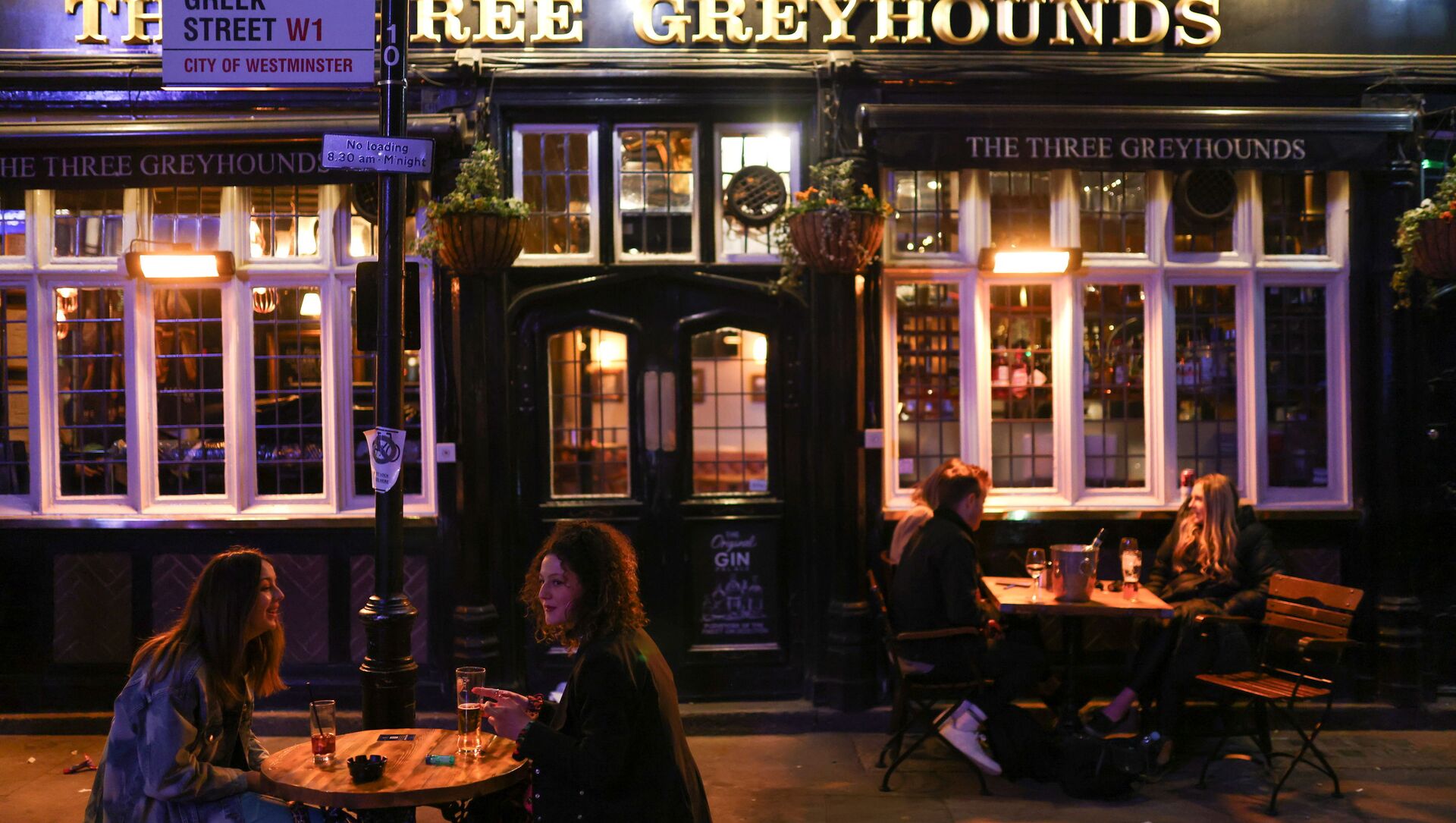 © REUTERS / TOM NICHOLSON
Subscribe
LONDON (Sputnik) - UK Prime Minister Boris Johnson confirmed in a televised briefing on Monday that "Freedom Day" in England would not go ahead as planned on June 21, and though to many it was no surprise given the recent surge in COVID-19 cases, the news hit the already struggling entertainment and events industries like a bucket of cold water.

Under the government’s roadmap out of the lockdown, retail shops, some hospitality venues such as bars and restaurants are opened since last month, as well as theatres and cinemas, but with limits on capacity.

However, places like nightclubs, which have been closed since the first lockdown was imposed in March 2020, will have to remain shut at least until 19 July, the new tentative date set by Johnson to lift all remaining restrictions on social distancing.

"We were getting ready to go back to business from next week, but now we have been left in the dark again," a man doing some maintenance work outside Cip, a nightclub in East London, said.

A few blocks away, at the Arch1, which advertised itself as compact art venue offering from live music to stand-up comedy shows, the "temporary closed" sign was still hanging from the door.

For Pete, who runs a small retail shop in Canning Town, delaying the final easing of the lockdown was a "big blow indeed" for business, but a rather necessary measure to try to stop the spreading of the Delta coronavirus variant first identified in India.

"Here in Newham, we have had one of the highest numbers of COVID-19 cases in London, so it’s better to wait a bit longer than risking another wave," he said.

Reacting to Johnson’s announcement, the Night Time Industries Association said in a statement that one in four businesses will not survive longer than one month without further government support, claiming that more than half of them had spent over 15,000 pounds ($21,120) in preparation for reopening on 21 June.

"Night time economy businesses have waited patiently for their opportunity to open for over 15 months, many have not survived, some are on a financial cliff edge, hundreds of thousands of jobs have been lost, a huge pool of talent has been swept away and others have been left to suffer extreme financial hardship," NTIA chief executive, Michael Kill, was quoted as saying.

Earlier, Labour lawmaker and shadow health secretary, Jonathan Ashworth, told Sky News that his party will support the government’s decision to delay the final easing of the lockdown in England, but he blamed Johnson for being slow in banning flights from India and letting the Delta variant into the UK.