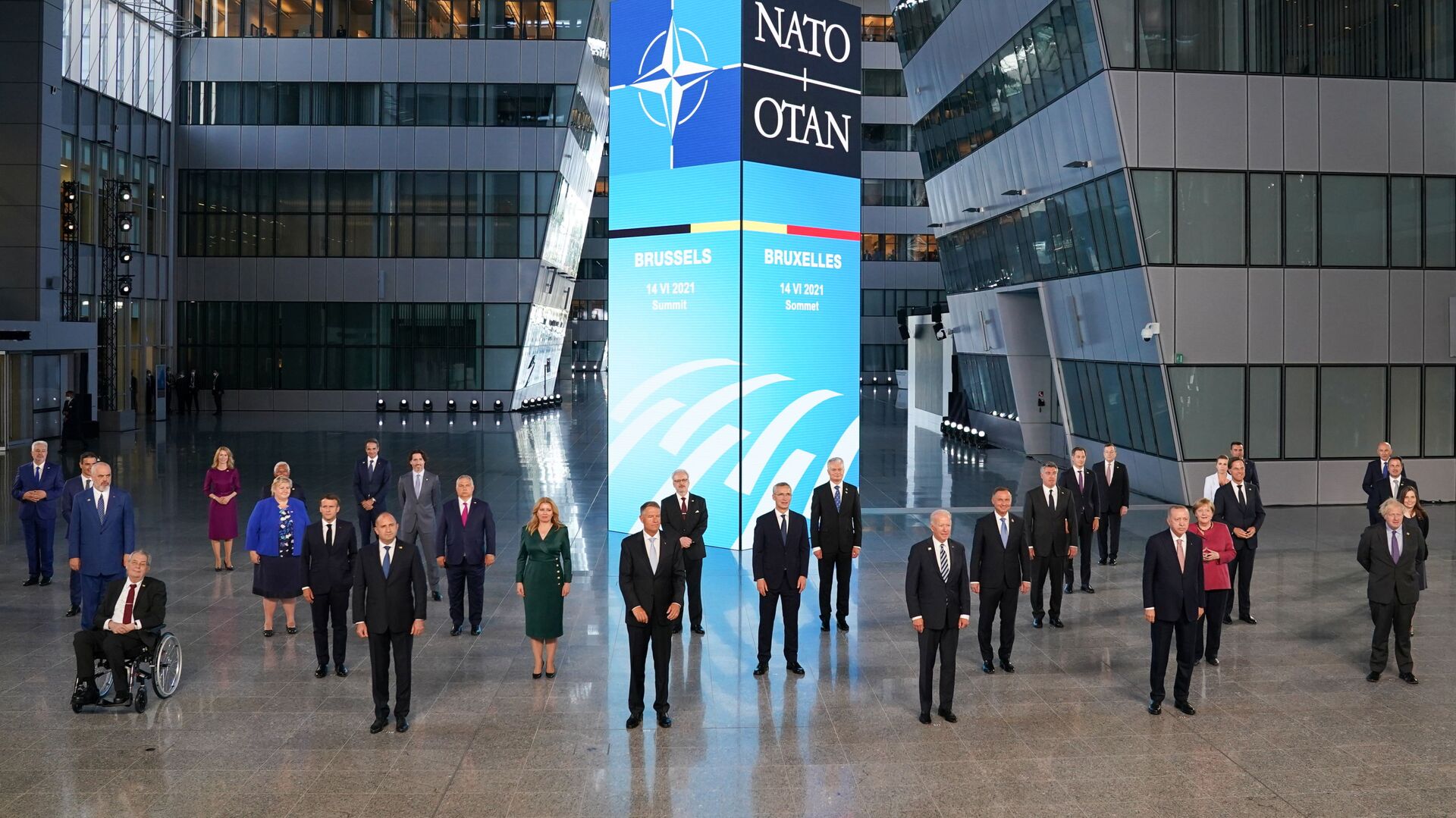 Ekaterina Blinova
All materialsWrite to the author
The Biden administration's attempt to compete with a re-emerging part of the world appears doomed, as the so-called "unipolar moment" can no longer be restored, say European observers commenting on the US president's commitment to NATO and Build Back Better World pledges.

On Monday, President Joe Biden met with NATO leaders at the 2021 Brussels summit, where he described the US commitment to the military alliance as "a sacred obligation". A final statement of the meeting emphasised the "threat" posed by Russia as well as the "challenges" caused by China.

Earlier, on Saturday, the US president and G7 member states announced the Build Back Better World (B3W) partnership – an apparent competitor to China's multi-trillion-dollar Belt and Road initiative. Both announcements were made as the White House seeks to reaffirm to its allies that "America is back" at the helm of global politics.

"As Joe Biden made very clear ever since his presidential win, and also this time at the G7 summit in Cornwall (UK), 'America is back' became the new-old theme of America’s engagement with the world, as opposed to his predecessor’s 'America first' foreign policy mantra," says Adriel Kasonta, a London-based foreign affairs analyst and former chairman of the International Affairs Committee at Bow Group, the oldest conservative think tank in the UK.

Biden's message aims at "rebuilding" the "discredited" US image around the world following the four-year rule of "isolationist" President Donald Trump and improve relations with the country's closest allies and partners in Europe, the scholar notes, adding that this obviously includes Washington's commitment to NATO and Article 5, i.e. collective defence. Article 5 was somewhat thrown into doubt by Biden's predecessor, who insisted that NATO allies should pay their "fair share" in the first place.

"Article 5, we take as a sacred obligation," Biden says. "I want to make it clear -- NATO is critically important to U.S. interests in and of itself. If there weren't one, we'd have to invent one." pic.twitter.com/5izsnYa3zC

​"Biden suggests that America will resume its leadership role, recommit to global alliances and push to frame the post-pandemic world as a struggle between democracies and autocracies", says Kasonta, adding that the latter in the eyes of Washington and Brussels are Russia and China.

However, the White House's choice of wording for its NATO commitment is not good news, notes Fabio Massimo Parenti, researcher and professor of the global political economy, referring to Biden's phrase "sacred obligation."

"History teaches us that 'religious' exploitation of politics is to impose the will of one part over the rest," the professor suggests. "From the US historical and current experience, NATO is their own multilateral military toy for fulfilling their own interests. If the EU keeps following the US, which portrays Russia and China as enemies, it will be an economic and political suicide."

Last month the EU temporarily suspended the ratification of EU-China Comprehensive Agreement on Investment (CAI) which was aimed at easing trade barriers between the bloc and the People's Republic over "human rights" concerns. Prior to this, US China hawks had repeatedly lambasted European countries for striking a lucrative deal behind Washington's back. The agreement was frozen as China outpaced the US as the EU’s top trade partner in goods in 2020. 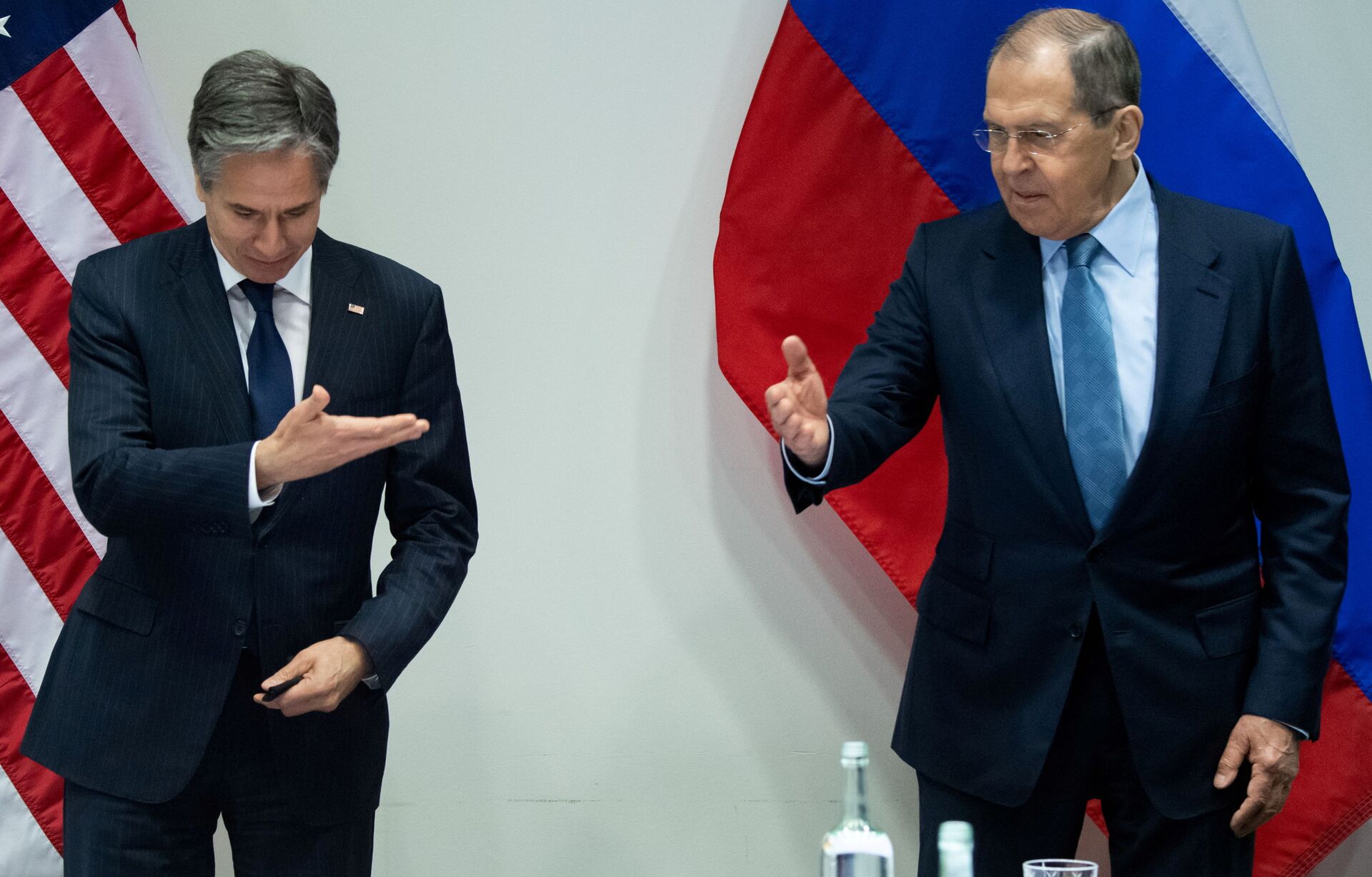 Biden Seeking to Stabilise Ties With Russia to Take On China

While the Biden administration has employed bellicose rhetoric towards both Moscow and Beijing, "there is a strong argument to be made that Biden will try to stabilise relations with Russia", surmises Kasonta.

He refers in particular to the Biden administration's "goodwill gesture": it has waived US sanctions on the Nord Stream 2 project.

"What this development means in terms of US foreign policy is that Biden wants to ease tensions with Russia and if not gradually convince it to join the balancing coalition against China, then at least make it significantly reduce the risk of Moscow getting directly involved in the rising tensions between Washington DC and Beijing (on the side of the latter)," the foreign policy analyst suggests.

Yet another sign of supposed de-escalation could be an alleged NATO draft communiqué opposing the deployment of ground-based nuclear missiles in Europe, cited by Defense News on 13 June.

However, one has to keep in mind that this "friendly" posturing is only provisional and serves the US current interests, Kasonta emphasises.

"Therefore, as logic suggests, Biden’s foreign policy priority – as same as his predecessor’s was - is to cast the rivalry with Beijing as the defining competition for the 21st century, yet using different, more accommodating language," he says. "I am quite sure that Russian leaders are wise enough to call the US bluff."

Workers install wires on a 'Golden Bridge of Silk Road' structure on a platform outside the National Convention Center, the venue which will hold the Belt and Road Forum for International Cooperation, in Beijing, April 18, 2017
© AP Photo / Andy Wong

In this context, Biden's $40 trillion global infrastructure plan – the expansion of his domestic Build Back Better programme to Build Back Better World (B3W) – is aimed at countering Beijing in the first place, according to the observers.

B3W is poised to compete with Xi Jinping's Belt and Road Initiative (BRI), a global infrastructure endeavour which has been underway since 2013 seeking to embrace over 70 countries and international organisations.

🚨 BREAKING. Italian PM Mario Draghi announces that Italy is gonna review the 2019 "The Belt and Road Initiative" deal with China. 🚨

​"The problem with this rather hubristic rationale is that it is not clear how exactly the vaguely explained Biden plan is going to be funded, with the US President making enemies with Big Business by raising taxes on them, as well as general public distrust in the country vis-à-vis large firms and banks," Kasonta says. "Hence, at the expense of financing his domestic Build Back Better programme, Joe Biden reduces US multinationals’ competitiveness against China’s state-backed companies."

The scholar believes that even if Biden's B3W initiative works out, "it would find it hard to rival China’s simplified and no-strings-attached BRI funding, which is not attached to conditionalities concerning human rights, climate change, corruption and the rule of law."

The Belt and Road initiative is a coordinated, funded and coherent vision to integrate multiple continents commercially through infrastructure and is a game changer for the developing world. What G7 are proposing is nothing of the sort, it's just a random impulse to oppose China.

​"From the developing countries’ perspective, this does not create enough incentives for them to resign from the BRI scheme," the London-based analyst remarks, adding that there appears to be no consensus among the G7 nations that China is a real security threat.

"The US is without a clear and long-term strategy to compete with a re-emerging part of the world," echoes Parenti. "The best they have proposed is an investment plan on infrastructures for the developing world. Is it new? No. It is clear, they are trying to emulate China BRI, recognizing de facto the Chinese initiative's reasons and success."

Apparently, it would be a far better decision for the US to join forces with China and complement the BRI project to help developing countries, according to the observers.

Alas, Biden seems to be following "the same disastrous foreign policy thinking of his predecessors based on the assumption that the so-called 'unipolar moment' can be restored," Kasonta concludes.