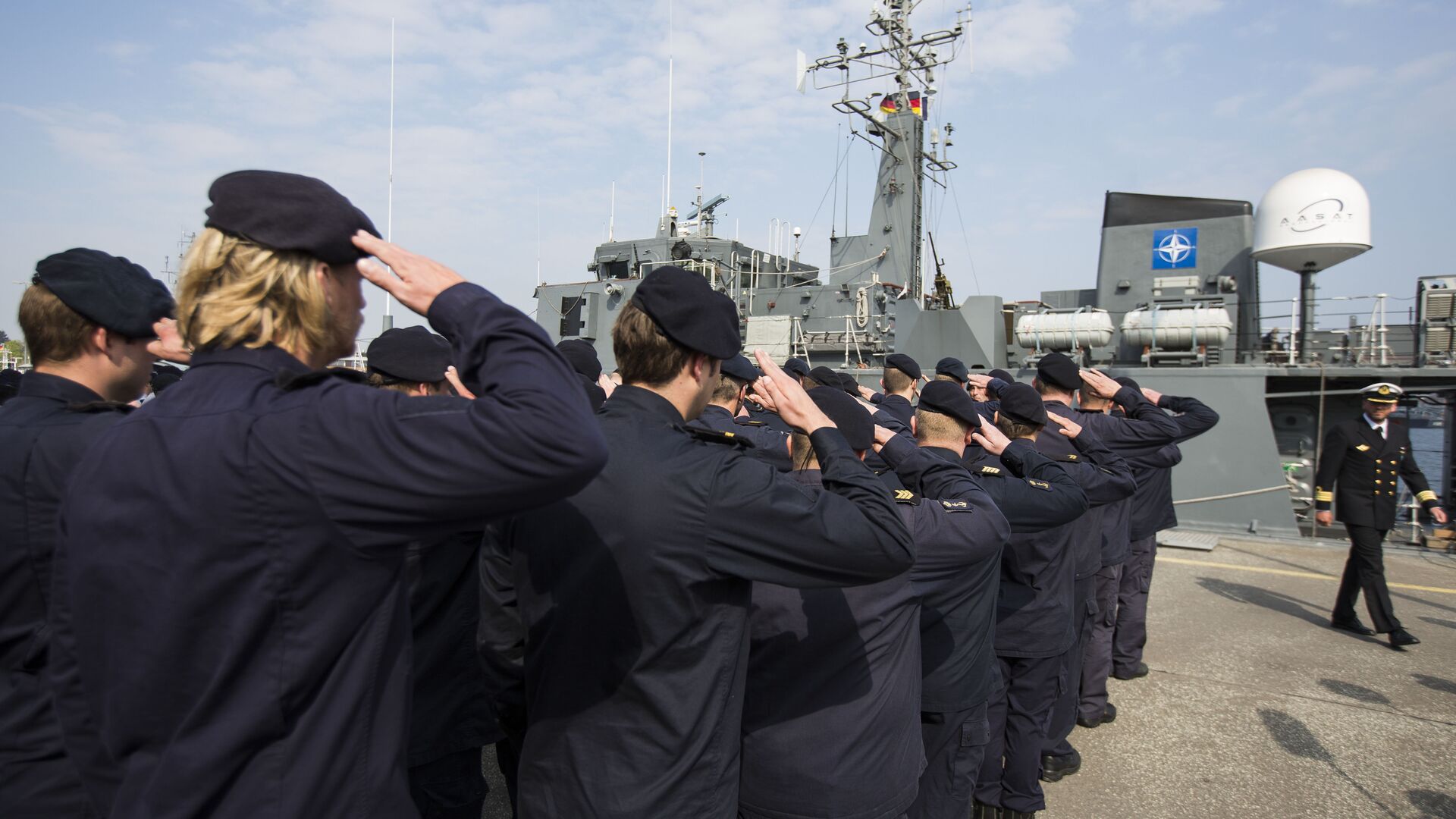 © AP Photo / Gero Breloer
Subscribe
International
India
Africa
Igor Kuznetsov
All materials
While the top brass presented the Norwegian Navy's participation in the Pride movement as a token of openness, tolerance, and diversity, it sparked a rather mixed reaction on social media.

For the very first time, a rainbow flag was waved from a Norwegian military vessel, as the Royal Navy made its debut in a gay Pride parade.

Overall, the Norwegian Navy contributed a total of seven ships, including the submarine chaser KNM Hitra, the patrol vessel KV Tor, the support vessel KNM Olav Tryggvasson, and school vessels the Kvarven and the Nordnes to the boat Pride parade in Bergen. The commander of the Norwegian Navy, Rune Andersen, also participated, as did Tone Størksen, the head of the navy's bases at Haakonsvern and Ramsund.

"The navy has the habit of communicating through signal flags. We have done this for all these years, and today we communicate that we stand behind this struggle for diversity. It is important for us to say clearly that everyone is welcome to serve in the navy, regardless of who they are and what their orientation is", the commander of the navy, Rear Admiral Rune Andersen, told national broadcaster NRK.

Andersen ventured that while the Armed Forces have been characterised by a male-dominated and masculine environment, tolerance and respect for the LGBTQ community in its ranks have increased.

"I think a lot that has already changed, but there is still a way to go. That is why it is important that we clearly win by participating in such a celebration", Andersen said.

"The Armed Forces haven't been a visible actor in the Pride festival in Bergen before. This is the first time we are actively participating. I have been involved as a private person, but not under the auspices of the Armed Forces", Tone Størksen said, praising it as a "signal of tolerance" and symbol of "full acceptance". "It makes me proud. And orientation is not a career stop. I am an example of that", she concluded.

Defence Minister Frank Bakke-Jensen and Chief of Defence Eirik Kristoffersen emphasised in a special statement that "being who you are and being able to love who you want is a human right". "For us, it is a matter of course that the defence sector wholeheartedly supports Pride", they said in a statement.

"It's great fun to be at Pride. It is incredible pleasure to have a boat parade, and I want to pay tribute to the organiser for making this happen. When we are out here and see how many boats have turned up, we see that this has received great support", the mayor commented.

At the same time, in several places across the country, the Pride flag has been torn down and set on fire over the past week. Festival director for Rainbow Days in Bergen Joakim Aadland is happy with the navy's participation and said the voices of support outnumber the opponents.

"I think it is important that every workplace in Norway shows that they are open and that everyone is welcome", he told NRK. "By tearing down and burning the flag, these people send a message that we do not exist, and should not belong. But when someone tears down the flag, there are a hundred others who set it up. That is the most important part for us".

On social media, the event sparked mixed reactions. While some praised the navy for its open spirit and tolerance, others were more sceptical, noting that the Norwegian military has "gone woke".

​"The navy should rather focus on preventing frigates from sinking in peacetime. Then we all could be proud", another critical voice mused, referencing the frigate KNM Helge Ingstad, which sank after colliding with a tanker in the aftermath of NATO drills.

​Participating in gay Pride events has in recent years become a staple of the Armed Forces in neighbouring Sweden, which has run numerous ads and campaigns signalling its commitment to the LGBTQ cause.