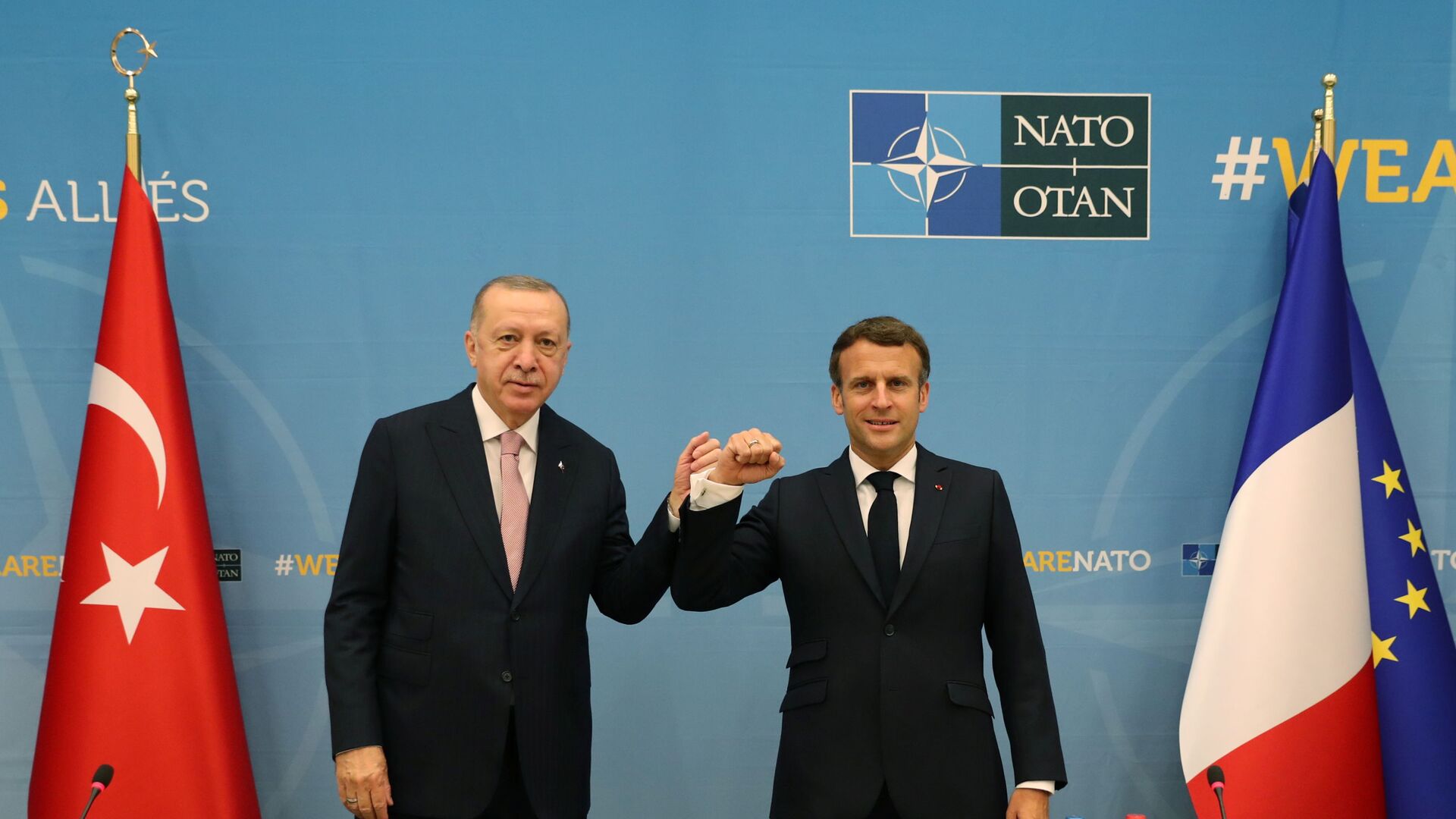 PARIS (Sputnik) - French President Emmanuel Macron said on Monday that a meeting with his Turkish counterpart, Recep Tayyip Erdogan, on the margins of the NATO summit in Brussels, went well.

Last year, Erdogan suggested that Macron seek treatment for what the Turkish president characterized as "mental issues," after the French president vowed to defend caricatures of the Islamic prophet, Muhammad, and raised concerns about a "crisis" in Islam following the brutal murder of a French teacher by a radicalized Muslim teenager. Ankara also called for boycotting French goods, prompting Paris to recall its ambassador for consultation.

"The atmosphere of this meeting was peaceful. Without any apologies or even any demands for apologies from any side, but there was clearly a desire to resume work," Macron said at a press conference after the summit.

Macron welcomed the calm manner of Erdogan's public statements in recent months, and added that both sides agreed on the need to cooperate to resolve "common challenges."

On Libya, the two leaders agreed on the need to maintain the ceasefire in the country and hold elections on December 24, as scheduled.

Erdogan, Macron continued, also confirmed his readiness to work together toward the pullout of foreign mercenaries from Libya.

"As I said, President Erdogan and I have expressed our readiness to work on the withdrawal [of foreign forces from Libya]. But it is not entirely up to us. But I can tell you that Erdogan confirmed during our meeting his desire that foreign mercenaries who are on the territory of Libya leave it as soon as possible," the French president said.

The NATO summit took place in Brussels, in person. The leaders adopted the alliance's strategic concept for the next decade, discussed relations with Russia and China, the ongoing fight against climate change, and cyberthreats.