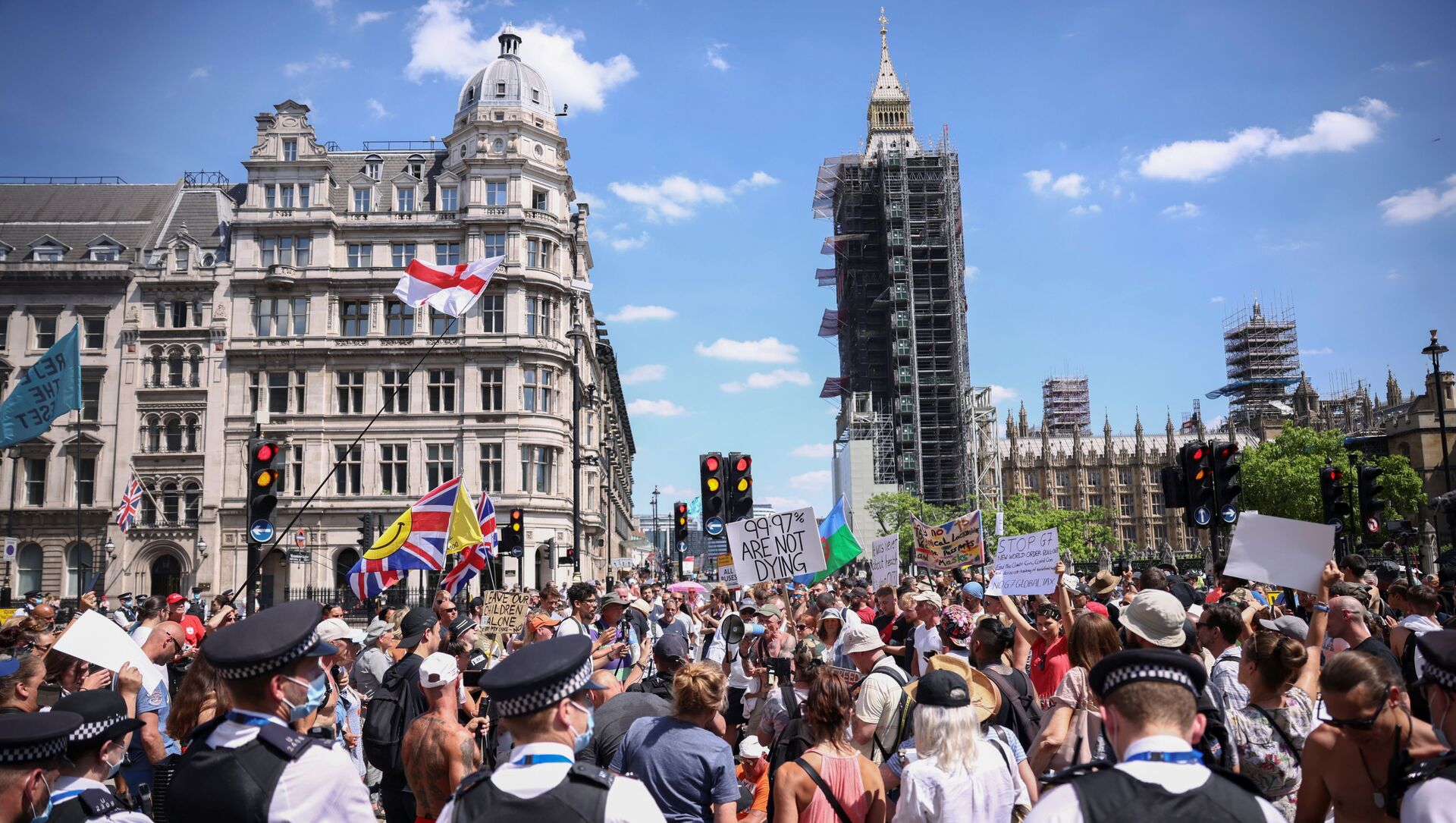 Boris Johnson said the widely-trailed delay to the final stage of lifting lockdown would be used to get more "jabs into arms", warning that some elderly people could "still succumb" to COVID-19 despite having their booster shots weeks ago.

British Prime Minister Boris Johnson has ordered a four-week delay to the final phase of lifting the COVID-19 lockdown.

Flanked by his chief medical and scientific officers Professor Chris Whitty and Sir Patrick Vallance at a Downing Street press conference, Johnson said the fourth phase of unlocking would be delayed from June 21 to July 19.

"It is sensible to wait just a little longer" as the government's four tests had not been met, the PM said. "Even if the link between infection and hospitalisation has been weakened it hasn't been severed."

​"A proportion of the elderly may still succumb even if they have had two jabs," Johnson warned, adding that with the more-transmissible Delta variant on the loose, cases were increasing at a rate of up to 64 per cent per week in some parts of the country.

Johnson said the delay would be used to get more people vaccinated against the virus, adding that the target for every adult to have their first dose would be brought forward to July 19 and that the provision of second jabs to over-40s would accelerated.

In a concession to frustrated Britons, Johnson said the limit of 30 guests at weddings and funerals would be lifted — providing social distancing was observed.

Asked whether there could be another delay, Johnson said the June 21 target was always a "mop-the-floor date" and never set in stone, while July 19 was a "terminus date".

Vallance insisted that the vaccines were effective, and said that rolling out first doses for those as young as 18 would "reduce the spread" of the virus by providing a "barrier" to transmission.

Under the current phase of unlocking since May 17, all 'non-essential' shops and other businesses have been allowed to open and pubs, restaurants and cafés can serve customers indoors as well as outside — subject to social distancing, mask-wearing and track and trace restrictions.

Video: Flash-Mob Protest Outside Downing Street After 21 June 'Freedom Day' Pushed Back
But nightclubs remain closed, while theatres and sports venues can only operate at a fraction of their full capacity. Attendance at weddings and funerals is still limited to 30 guests.

Critics of the government's move to extend the lockdown have pointed to the great success of the UK's immunisation programme so far.

Only three deaths within 28 days of a positive coronavirus test were recorded in the entire country on Sunday, according to the latest Public Health England (PHE) figures. The number of deaths over the past seven days was 66, up seven on the previous week for an increase of 12 per cent.

New cases had soared by over 45 per cent in the last week, with more than 7,700 recorded on Sunday, but hospital admissions were rising slower at just 15 per cent.

Meanwhile the number of people vaccinated nudged 42 million — 79 per cent of UK adults — with just under 30 million having their booster shot as well — 57 per cent of over-18s.

Ministers claimed the delay was meant to buy time for the jab drive to cover even more more people. "It is one last heave," one government source said. "It is a straight race between the vaccine and the virus".

At the current rate of progress, roughly nine in ten adults will have had their first dose and seven in ten their booster by the new July 19 date for the the stage four unlocking.