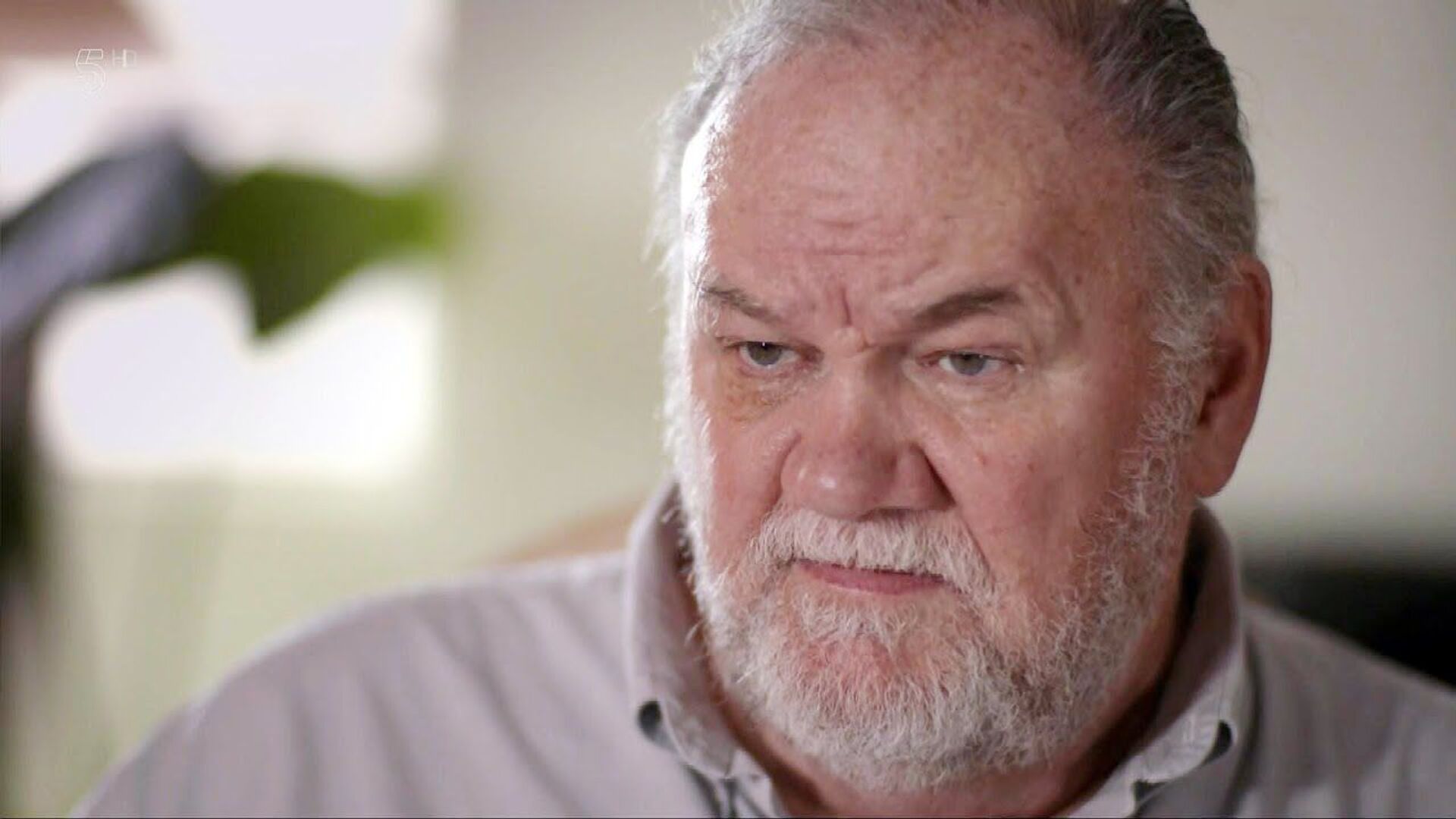 Max Gorbachev
All materialsWrite to the author
The Duchess of Sussex has a strained relationship with her father, whom she accused of breaking her heart “into a million pieces” after it became known he had collaborated with tabloids to stage a photoshoot showing him preparing for her and Harry’s wedding. Thomas Markle, in turn, has criticised his daughter for “ghosting” her whole family.

US TV host Oprah Winfrey is "playing" Prince Harry and Meghan Markle in order to promote her own shows, claims Thomas Markle. Speaking on 60 Minutes Australia, the 76-year-old said he thinks Winfrey has "used" the couple to build her new shows. He then claimed that she is taking advantage of Prince Harry, whom he described as a "weakened man".

"[She is] getting him to say things that you just shouldn’t be saying on television. She will disagree of course, and she may even sue me, I don’t care. But the bottom line is she is working Harry", Thomas Markle said, before adding that Oprah had seen the frailties of the couple and decided to cash in on that.

He then criticised the couple, saying they took a wrong path and that everything they have been doing seems to go against public opinion. "The only one benefiting is Oprah", Markle said.

In March, the Sussexes gave an interview to the famous talk show host in which they opened up about their life as working royals and what prompted them to step down and move to the United States. The pair also made several sensational allegations against members of the royal family. Meghan, whose mother is Black, suggested that one member of the royal family was concerned about the potentially dark skin of her firstborn.

She also claimed that the royal staff refused to help her when she was having suicidal thoughts and accused the family of spreading falsehoods about the couple. Prince Harry criticised his father and said he was saddened that his family didn’t condemn the perceived toxic and racist treatment of Meghan by the UK press.

The interview has drawn mixed reactions, with many throwing their support behind the Sussexes, while others have criticised and questioned their statements. Thomas Markle belongs to the latter. He dismissed accusations of racism against the royal family.

During the interview, the father of the Duchess touched on their row. He said he has apologised to her for lying about arranging a photoshoot showing him preparing for the couple’s wedding, but claimed his daughter hasn't spoken to him for three years.

"I apologised a hundred times for it. I’m not bitter, I’m confused. I just don’t have the answer. I want the answer. There are axe murderers in prison, their family comes to see them. Right? I mean, I’m not an axe murderer. You know, I made one dumb mistake, never been forgiven for it", he said.

Markle also revealed he hasn’t seen his two grandchildren and fears that he may never meet them. "July 18, I’ll be 77 years old. Most of the Markle men don’t make it much past 80. I’m not looking for pity. I’m just saying that’s a reality", he said.