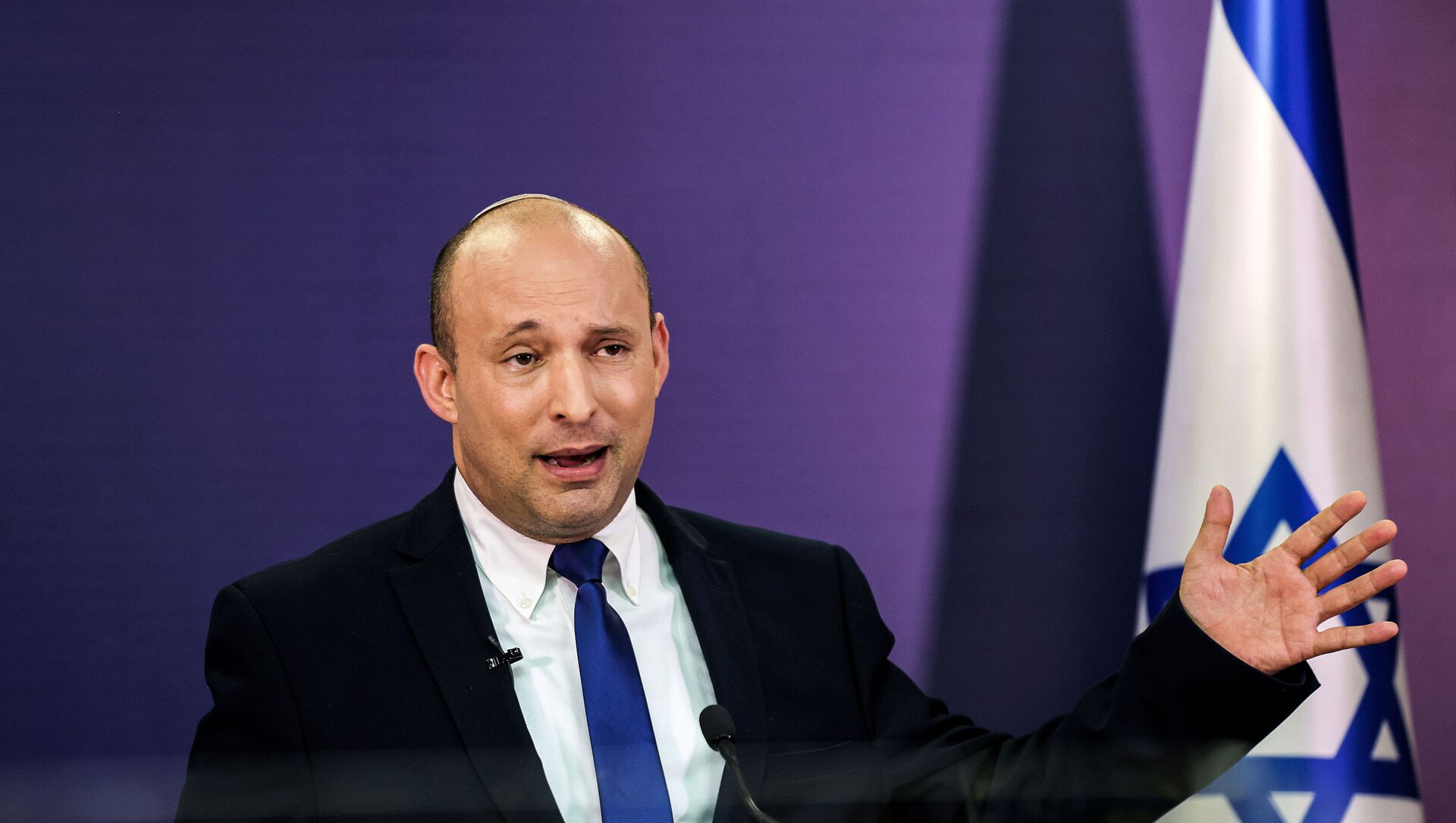 Tim Korso
All materialsWrite to the author
The leader of the right-leaning Yamina party was selected to lead the opposition's attempt to remove long-time Prime Minister Benjamin Netanyahu from office by forming a broad coalition of 61 Knesset members.

Israel's Prime Minister-designate Naftali Bennett has announced during an address to Israel's Knesset that his yet-to-be-approved government will be looking into expanding the peace deals with Arab countries.

Bennett's potential predecessor, Benjamin Netanyahu, has managed to secure a number of new peace deals with Arab countries over the last year, specifically with the UAE, Bahrain, Sudan, and Morocco. These deals have at times involved concessions from both Israel (specifically on the West Bank) and its ally, the US.

Presenting the domestic and foreign policies of his planned government, the aspiring Israeli prime minister indicated that Tel Aviv will give a strong response to any new attempts by the Gaza-based Hamas group to attack Israeli cities.

Separately, Bennett vowed to continue current Prime Minister Benjamin Netanyahu’s policy of opposing the restoration of the Iran nuclear deal – at least not in its original form.

"Israel will not allow Iran to arm itself with nuclear weapons. Israel will not be a party to the agreement and will continue to preserve full freedom of action", the head of the Yamina party said.

At the same time, Bennett thanked President Joe Biden and the US for the support they have been providing to Israel, even though the Democrat POTUS is currently in talks with Iran on returning to the nuclear accord.

His opponent, Benjamin Netanyahu, however, questioned Bennett's ability to stand up to pressure from the US on the matter of restoring the Joint Comprehensive Plan of Action (JCPOA, also known as the Iran nuclear deal).

Bennett made his statements during a debate in the country's parliament, the Knesset, ahead of a vote of confidence that will determine whether the leader of the Yamina party, alongside a broad coalition of right, left, and centrist parties, will be able to form a new government and replace Prime Minister Benjamin Netanyahu.

Commenting on his expected move into opposition, which will happen if Bennett's potential government gains the support of a majority in the Knesset, Netanyahu said that he and his Likud party "will be back soon".

"If it is destined for us to be in the opposition, we will do it with our backs straight until we topple this dangerous government and return to lead the country in our way", Netanyahu said.

The opposition managed to assemble a coalition of 61 lawmakers, which is a thin majority in the 120-seat Knesset. If the coalition does not lose votes due to defectors on 13 June, Naftali Bennett will assume the role of prime minister and Netanyahu will move into opposition after 12 consecutive years in power. He, however, has already secured the title of longest-serving Israeli PM, in no small part due to the last two years of political turmoil, during which political factions have consistently failed to form a coalition government due to disagreements.

000000
Popular comments
That will never happen with Ultra-Nationalist like Bennett and his party. They are worse than the one leaving.
Cyrus the great
13 June, 17:05 GMT
000000
Lets see how fast they offer the right to return and lift all the sanctions in the whole area?. IMO they should move the UN to Jerusalem first and then do it. If they stack the UN with World Bank people the 'Jerusalem' will become the center of the earth.