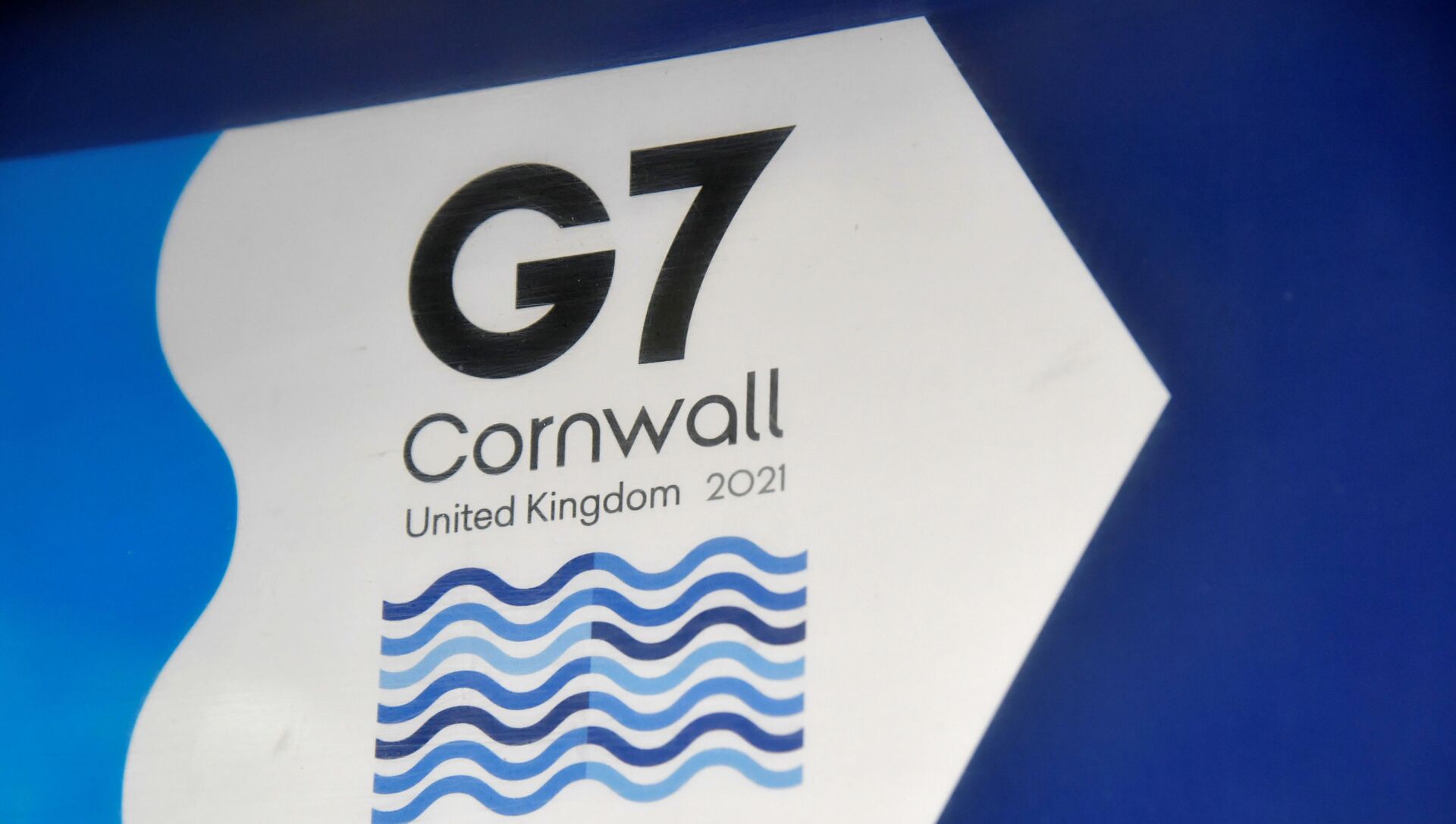 MOSCOW, June 13 (Sputnik) - The leaders of the G7 nations issued a wide-ranging communique as they wrapped up a three-day summit, held in Cornwall in the UK.

The leaders have reaffirmed their interest in "stable and predictable" relations with Russia.

"We reiterate our interest in stable and predictable relations with Russia, and will continue to engage where there are areas of mutual interest. We reaffirm our call on Russia to stop its destabilising behaviour and malign activities, including its interference in other countries’ democratic systems, and to fulfil its international human rights obligations and commitments", they said in a joint communique.

They also urged the Afghan warring sides to achieve a permanent ceasefire.

"We call on all Afghan parties to reduce violence and agree on steps that enable the successful implementation of a permanent and comprehensive ceasefire and to engage fully with the peace process. In Afghanistan, a sustainable, inclusive political settlement is the only way to achieve a just and durable peace that benefits all Afghans," the communique read.

The G7 leaders added that they were determined to maintain support for the Afghan government to address the country's urgent security and humanitarian needs, and to help the people of Afghanistan, including women, young people and minority groups, "as they seek to preserve hard-won rights and freedoms".

The G7 nations have called for a complete denuclearisation of the Korean peninsula.

"We call for the complete denuclearisation of the Korean peninsula and the verifiable and irreversible abandonment of the Democratic People’s Republic of Korea’s (DPRK) unlawful weapons of mass destruction and ballistic missile programmes in accordance with all relevant UN Security Council resolutions. We call on all states to fully implement these resolutions and their associated sanctions", the communique read.

G7 also welcomed Washington's readiness to continue its "diplomatic efforts in coordination with all relevant partners and call on the DPRK to engage and resume dialogue."

The G7 nations have also reiterated their support for the Normandy Format to secure the implementation of the Minsk Agreements in eastern Ukraine.

"We affirm our support for the Normandy Process to secure the implementation of the Minsk agreements, and call on Russia and the armed formations it backs to engage constructively and recommit to the ceasefire. We reaffirm our efforts to strengthen Ukraine’s democracy and institutions, encouraging further progress on reform", the G7 leaders said in a joint communique.

G7 countries will continue to consult on collective approaches to challenging mon-market policies and practices undermining the transparency and fairness of the global economy, pledging to cooperate where it is in their mutual interest, they said.

"In the context of our respective responsibilities in the multilateral system, we will cooperate where it is in our mutual interest on shared global challenges, in particular addressing climate change and biodiversity loss in the context of COP26 and other multilateral discussions", the communique said.

In addition, the countries urged China to respect human rights and freedoms, including for people in Xinjiang and Hong Kong.

"At the same time and in so doing, we will promote our values, including by calling on China to respect human rights and fundamental freedoms, especially in relation to Xinjiang and those rights, freedoms and high degree of autonomy for Hong Kong enshrined in the Sino-British Joint Declaration and the Basic Law", the communique added.

The leaders also expressed their concern about the situation in the East and South China Seas, mentioning that they "strongly oppose any unilateral attempts to change the status quo and increase tensions."

Touching upon environment issues, the leaders of the G7 countries said they were hoping to achieve net-zero greenhouse gas emissions by 2050 at the latest.

The G7 countries will also set more ambitious emissions reductions targets for 2030 as part of efforts to speed up the process of reaching net zero, leaders said, adding that power systems should also be decarbonised.

"Domestically, we commit to achieve an overwhelmingly decarbonised power system in the 2030s and to actions to accelerate this", the communique read.

The G7 leaders also pledged to mobilise $100 billion annually to help lower-income countries reduce their greenhouse gas emissions, according to the communique.

"We recognise the particular challenges of financing the transition to net zero economies poses for developing countries and stand by our bilateral and multilateral commitments to support these partners ... We reaffirm the collective developed country goal to jointly mobilise $100 billion per year from public and private sources, through to 2025 in the context of meaningful mitigation actions and transparency on implementation", leaders said.

The G7 summit was held in the English seaside resort of Carbis Bay, Cornwall, from Friday through Sunday.