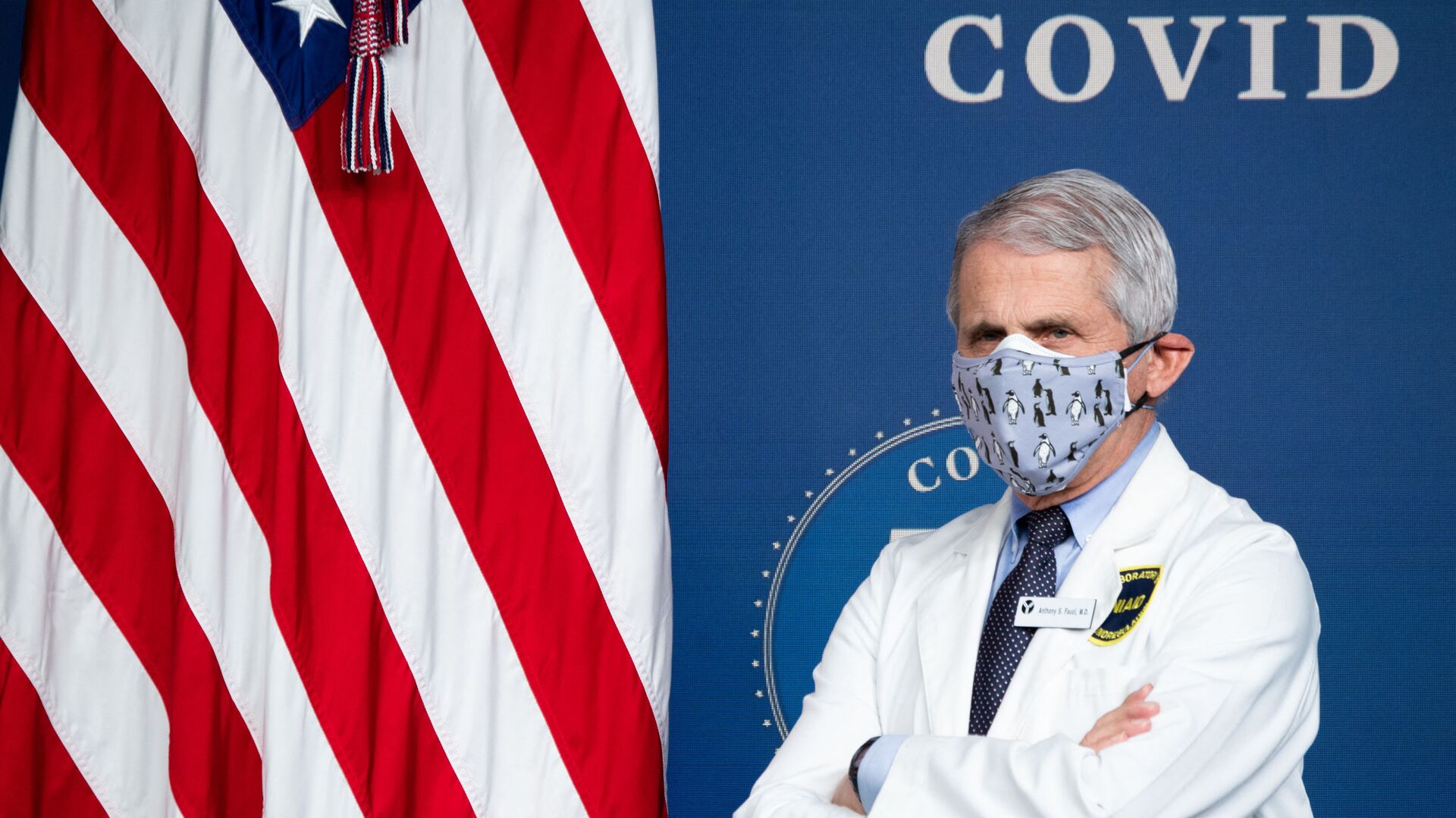 Ekaterina Blinova
All materialsWrite to the author
Dr Anthony Fauci, the director of the US National Institute of Allergy and Infectious Diseases (NIAID) and the White House’s chief medical adviser, has come under heavy criticism from Republican policymakers over apparent flip-flopping on mask wearing, social distancing, asymptomatic spread, and herd immunity threshold.

Responding to mounting criticism from Republican lawmakers, Dr Fauci, the White House chief medical adviser, denounced "painfully ridiculous" attacks by his opponents earlier this week. According to Fauci, attacks on him were, "quite frankly, attacks on science".

"Anthony Fauci deserves much blame for the hugely expensive, and highly politicised way in which fears of a pandemic locked down much of the world for too long", believes Wall Street analyst and investigative journalist Charles Ortel. "That said, former President Trump invested Fauci and others with influence they did not deserve to hold based upon gross mismanagement of the HIV/AIDS crisis, among others".

Several decades ago, Fauci was lambasted for the apparently inconsistent handling of HIV/AIDS.

In May 1983, Fauci, then a doctor at the National Institutes of Health (NIH), wrote an article for the Journal of the American Medical Association (JAMA), suggesting that the immunodeficiency disease could be spread via routine close contact, such as within a family household.

"Press accounts, noticing Fauci’s article, immediately sounded the alarm. 'Household contacts can transmit AIDS', read one nationally syndicated report on the UPI wire dated May 5, 1983. The Associated Press queried the next day 'Does AIDS spread by Routine Contact?' and quoted Fauci as their lead authority. The New York Times raised the spectre of household transmission between family members, invoking Fauci’s commentary as its main authority", recalled Phillip W. Magness, a senior research fellow at the American Institute for Economic Research in his February 2021 op-ed.

However, less than two months after igniting a national media frenzy over his speculative theory, Fauci told the Baltimore Sun that "it is absolutely preposterous to suggest that AIDS can be contracted through normal social contact", the scholar noted, nailing the healthcare official for apparent flip-flopping.

On this day in 1990, ACT UP (AIDS Coalition to Unleash Power) protests at the National Institutes of Health (NIH), demanding more HIV treatments and the expansion of clinical trials to include more women and people of color.

​Fauci also found himself amid the scandal over the AZT controversy. In 1987, the FDA approved AZT, an anti-cancer drug, to treat AIDS symptoms, even though the medicine often caused severe side effects such as chronic headaches and nausea, as well as debilitating muscle fatigue. After years of recommending AZT as the first-line drug against HIV, Fauci – who assumed the NIAID directorship in 1984 – told The New York Times in 1995 about his decision to reconsider AZT's role. By that time, the NIAID director had already been targeted by the AIDS Coalition to Unleash Power over neglect and inaction and heavily criticised by HIV/AIDS sufferers, who insisted that AZT was absolutely worthless against the deadly disease.

"We know that many of the drugs and treatment approaches approved or endorsed early on by Fauci and his colleagues proved to be diabolically ruinous to numerous victims", Ortel says.

According to him, the HIV/AIDS treatment, including that for third-world countries, has long been mired in controversy. The analyst suspects that "billions of US dollars in aid was wasted (and/or diverted) claiming that generic, low cost drugs were being used to arrest the transition to AIDS in HIV-positive patients".

"For hundreds of billions of dollars spent, in theory, improving healthcare in economically distressed nations, the world remains stratified", the analyst says. "Pharmaceutical and health businesses mint money in rich nations where prices are much higher, and 'regulators' and influence-shapers wield outsized influence over critical decisions that move capital markets as well as ballots during elections". 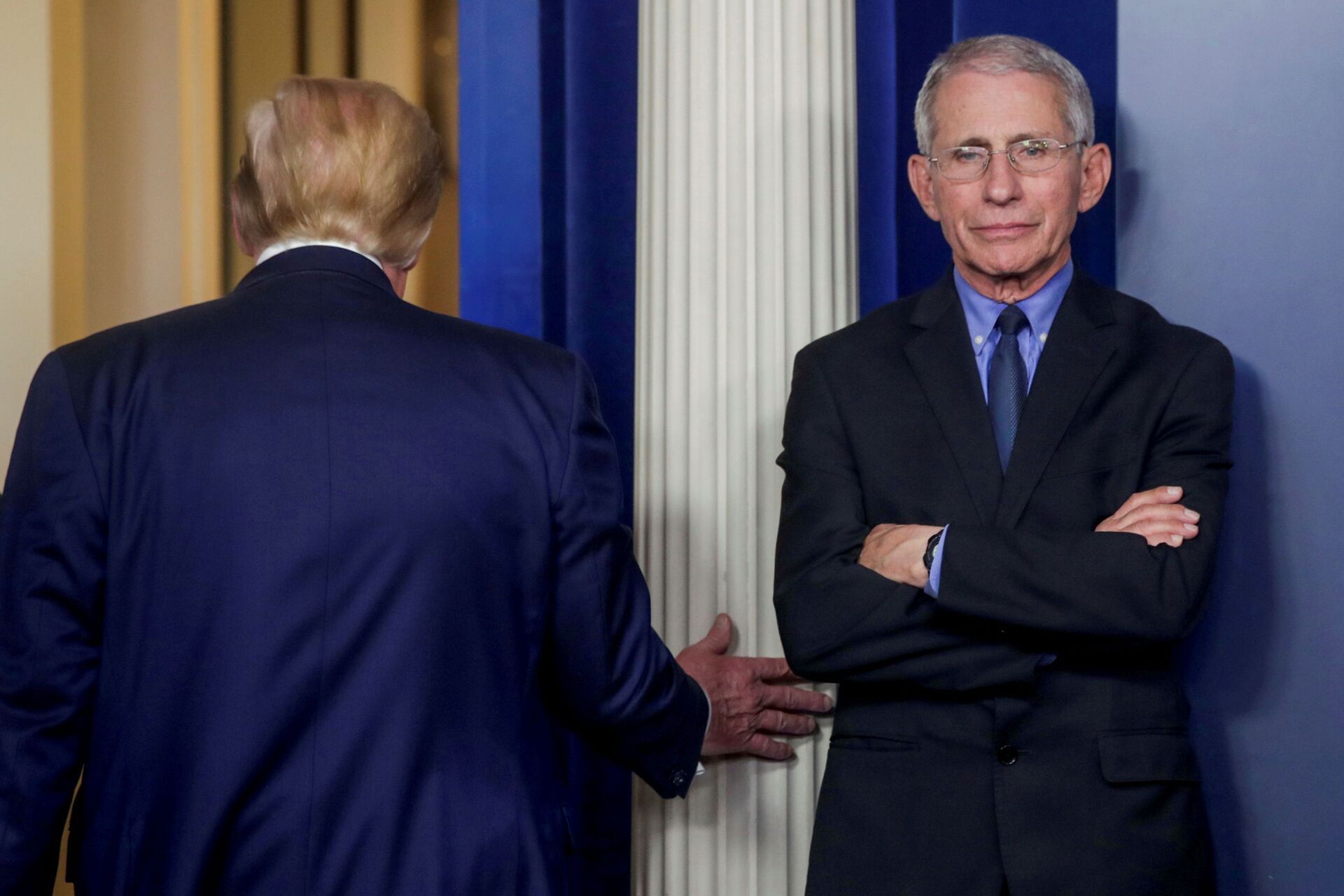 When it comes to the COVID pandemic, Fauci's conduct appears to be no less contradictory, conservative observers surmise, citing the White House chief medical strategist's public statements and emails obtained by BuzzFeed and The Washington Post via FOIA and released earlier this month.

"He’s massively flipped and flopped and flipped on everything", insisted Phil Kerpen, the president of the conservative group American Commitment, as quoted by the Washington Examiner. "This has always been the most amazing thing to me about Fauci. The guy’s literally been on every single side of every significant question".

Alleged "gain-of-function" research related to a 2014 NIH grant has recently been brought into focus by top Republicans – House Oversight Ranking Member James Comer (R-Ky.) and Rep. Jim Jordan (R-Ohio). On 9, June they sent a letter to the healthcare expert citing an "apparent discrepancy" in his congressional testimony on the Wuhan lab grant.

In 2012, Fauci listed "reverse genetics" as part of "gain-of-function" research – medical research that alters a virus in a way that increases its pathogenesis, transmissibility, or host range.

"Reverse genetics", as well as "pseudovirus and receptor binding assays, and virus infection experiments across a range of cell cultures from different species and humanized mice" were specifically mentioned in the description of the 2014 NIH grant on bat coronaviruses which was provided for the Wuhan Institute of Virology via the non-profit EcoHealth Alliance.

At the same time, however, the White House chief medical strategist vehemently denied that the 2014 NIH research involved any "gain-of-function" activities during his May congressional testimonies.

"This appears to contradict your 2012 statement regarding gain-of-function research and the WIV", the lawmakers wrote to Fauci, asking him to confirm the authenticity of a 2012 video and the 2014 grant description. 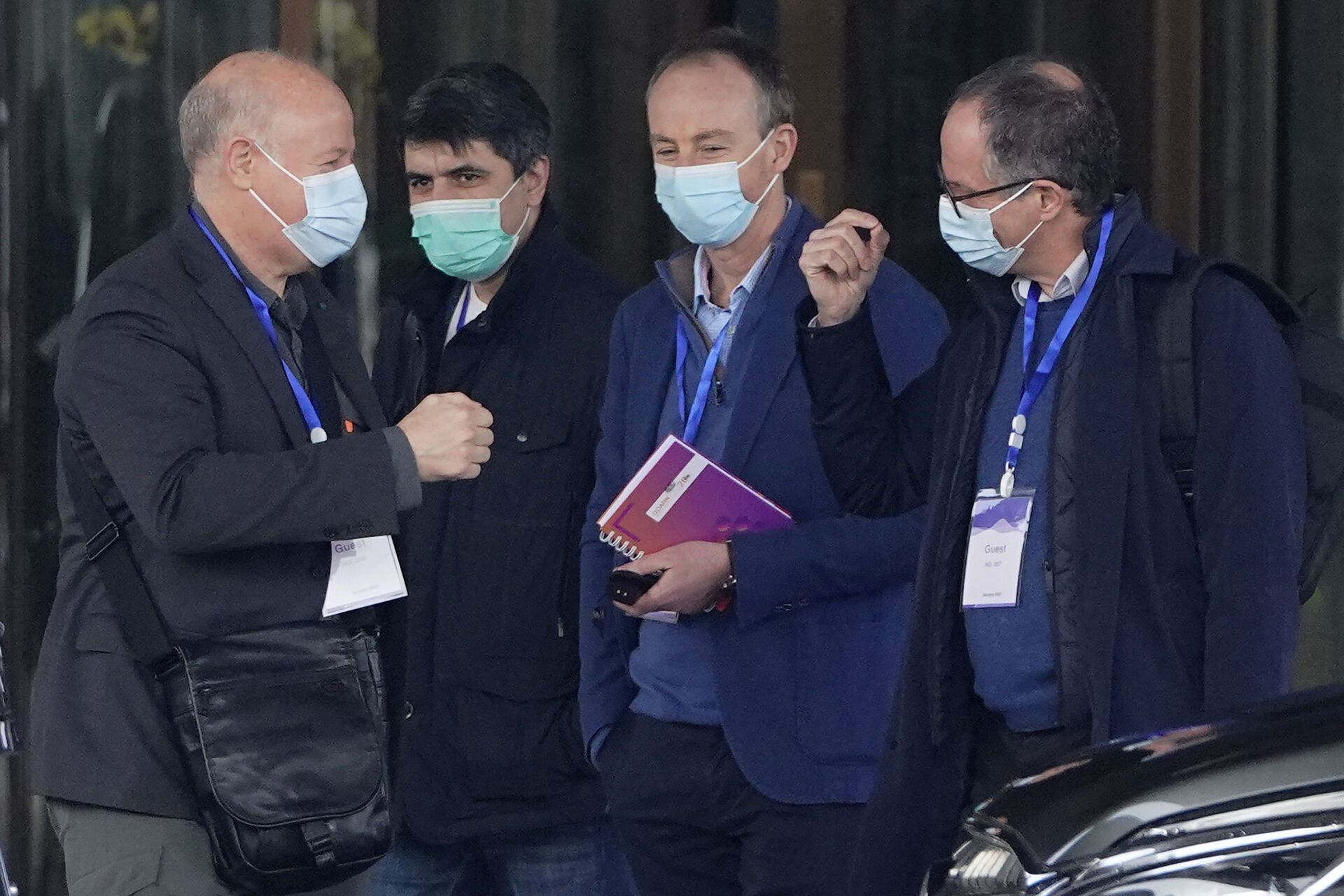 "Then when you get a sequence of a virus, and it looks like a relative of a known nasty pathogen, just like we did with SARS", Daszak told the conference. "We found other coronaviruses in bats, a whole host of them, some of them looked very similar to SARS. So we sequenced the spike protein: the protein that attaches to cells. Then we… Well I didn’t do this work, but my colleagues in China did the work. You create pseudo particles, you insert the spike proteins from those viruses, see if they bind to human cells. At each step of this you move closer and closer to this virus could really become pathogenic in people… You end up with a small number of viruses that really do look like killers".

Although it's unclear whether Daszak's description was specifically related to the 2014 grant, it has added to the ongoing controversy as conservative observers are growing suspicious over EcoHealth's activities as well as the NIH's decision to pick the non-profit and channel US taxpayer money through it.

"EcoHealth Alliance – the 'tax-exempt organisation' through which government money was channelled – was formed to protect wild species threatened by extinction, and certainly not authorised, legitimately, to manipulate natural viruses so as to make them more dangerous for humans or other living creatures", Charles Ortel, who specialises in issues related to charity frauds, points out.

The Wall Street analyst notes that public records for EcoHealth Alliance (found at NYS AG Charity Bureau and other government websites) contain "numerous defects and irregularities that ought to have caused serious inquiries by the FBI, Department of Justice, and IRS as to whether the entity was lawfully organised or operated".

"In addition, Inspectors General at numerous federal Departments should have checked to understand how more than $100 million in taxpayer funds was sent over years through such a dubious 'charity'," Ortel suggests. "Then there is the question of Peter Daszak's credentials--a zoologist might run a wildlife preserve well, but is he even qualified to run an international non-profit from New York City, engaged in so many activities that appear to fall far outside legitimate purview of this 'charity'". 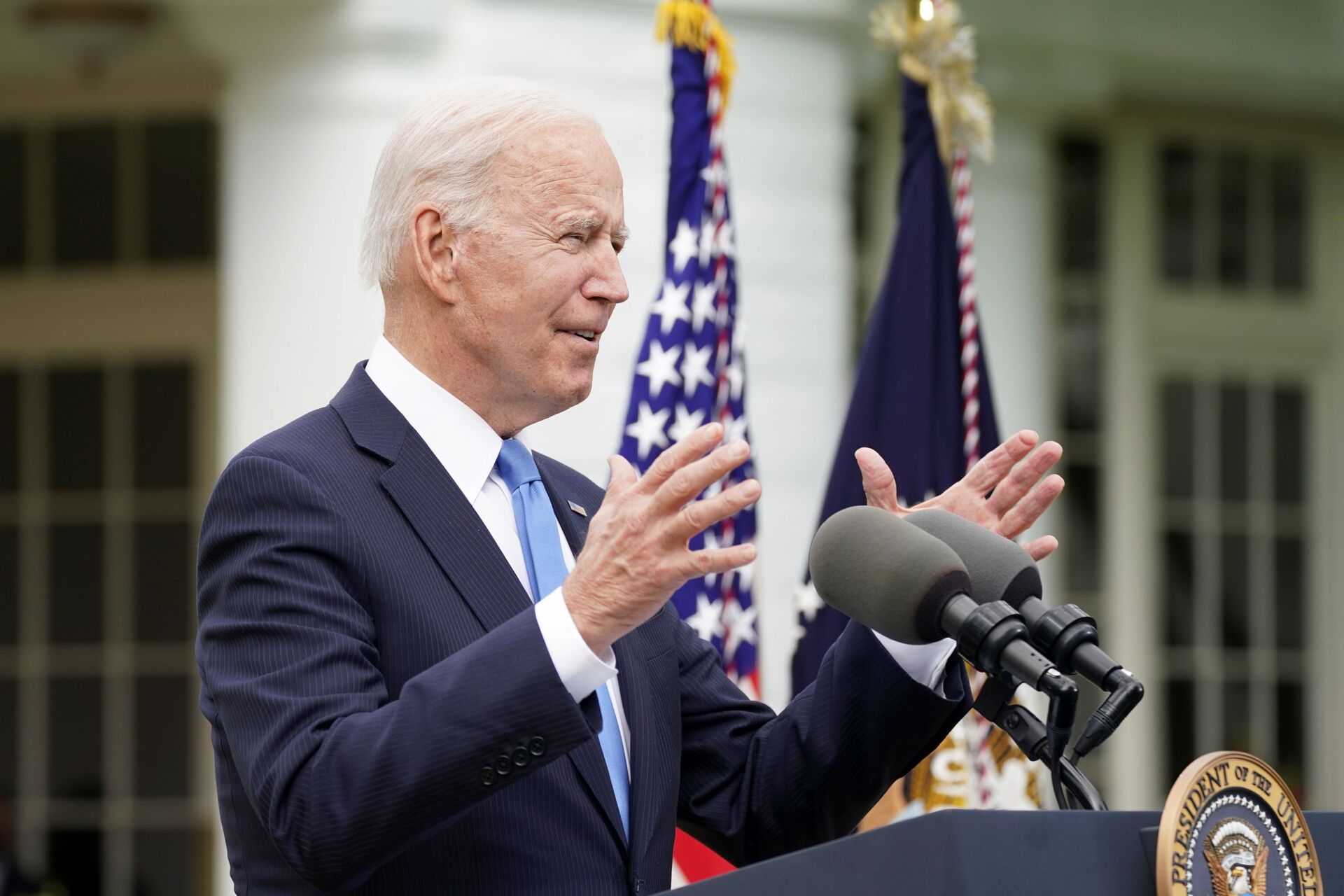 U.S. President Joe Biden speaks about the coronavirus disease (COVID-19) response and the vaccination program from the Rose Garden of the White House in Washington, U.S., May 13, 2021.
© REUTERS / Kevin Lamarque

While so many questions remain unanswered, the Biden administration does not seem willing to look into Anthony Fauci's conduct or that of EcoHealth, according to the analyst. In response to GOP lawmakers' calls for firing the NIAID director, Joe Biden stressed that he was "very confident in Dr Fauci", while White House Press Secretary Jen Psaki made it clear that the healthcare expert's termination isn't on the table.

"The response to COVID-19 deserves robust, critical study by objective, credentialed teams", Ortel believes. "President Trump nearly brought required reforms, but missed big chances. In contrast, the Biden administration daily demonstrates a profound lack of basic competence and all the wrong instincts. For what remains of his term, you will not be disappointed if you expect the worst possible policy responses to key threats, medical and otherwise, sad to say".