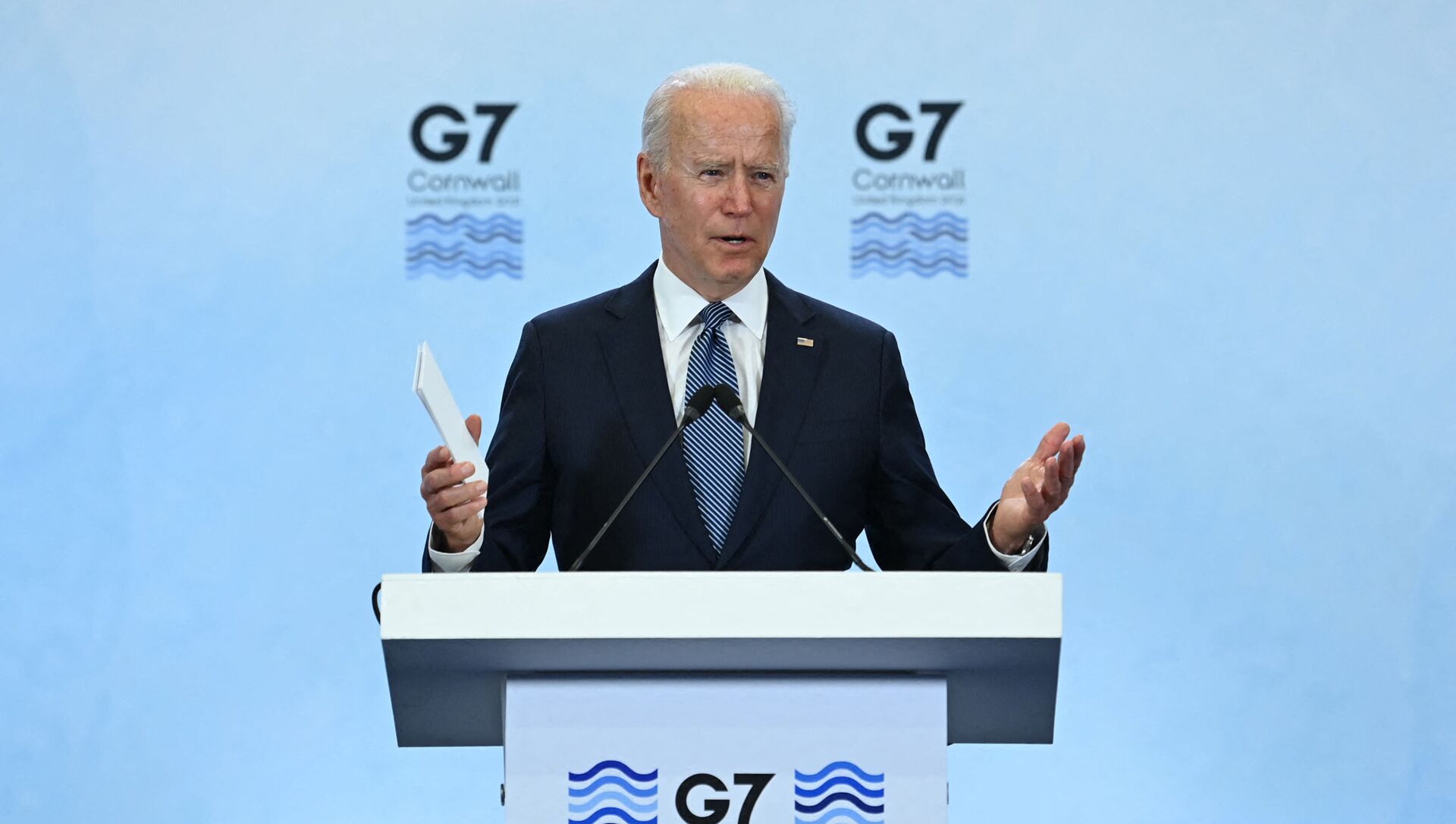 Henry Batyaev
All materialsWrite to the author
Article 5 of NATO's founding treaty commits members of the alliance to protect each other and regard an armed attack on one member as an attack on all members of the bloc.

The collective defence arrangement enshrined in Article 5 of the North Atlantic Treaty remains a “sacred obligation”, US President Joe Biden said on Sunday.

"I pointed out to the G7 leaders: Article 5 is intact", Biden told reporters, during the final day of the G7 summit in Cornwall in the UK.

The US president emphasised that Washington does not view the bloc as a "protection racket".

"We believe that NATO is vital to our ability to maintain American security for the remainder of this century. There's a real enthusiasm", the US president said.

The US president arrived in the United Kingdom on Wednesday for an extended European visit. On Monday, he is expected to take part in a NATO summit in Brussels.

The alliance is set to discuss the threat of terrorism and cyberattacks, emerging and disruptive technologies, as well as climate change, Russia, and the rise of China.

US National Security Adviser Jake Sullivan previously stated that Biden would address burden-sharing in the NATO alliance during the summit and discuss the contributions of allies to NATO exercises and operations.