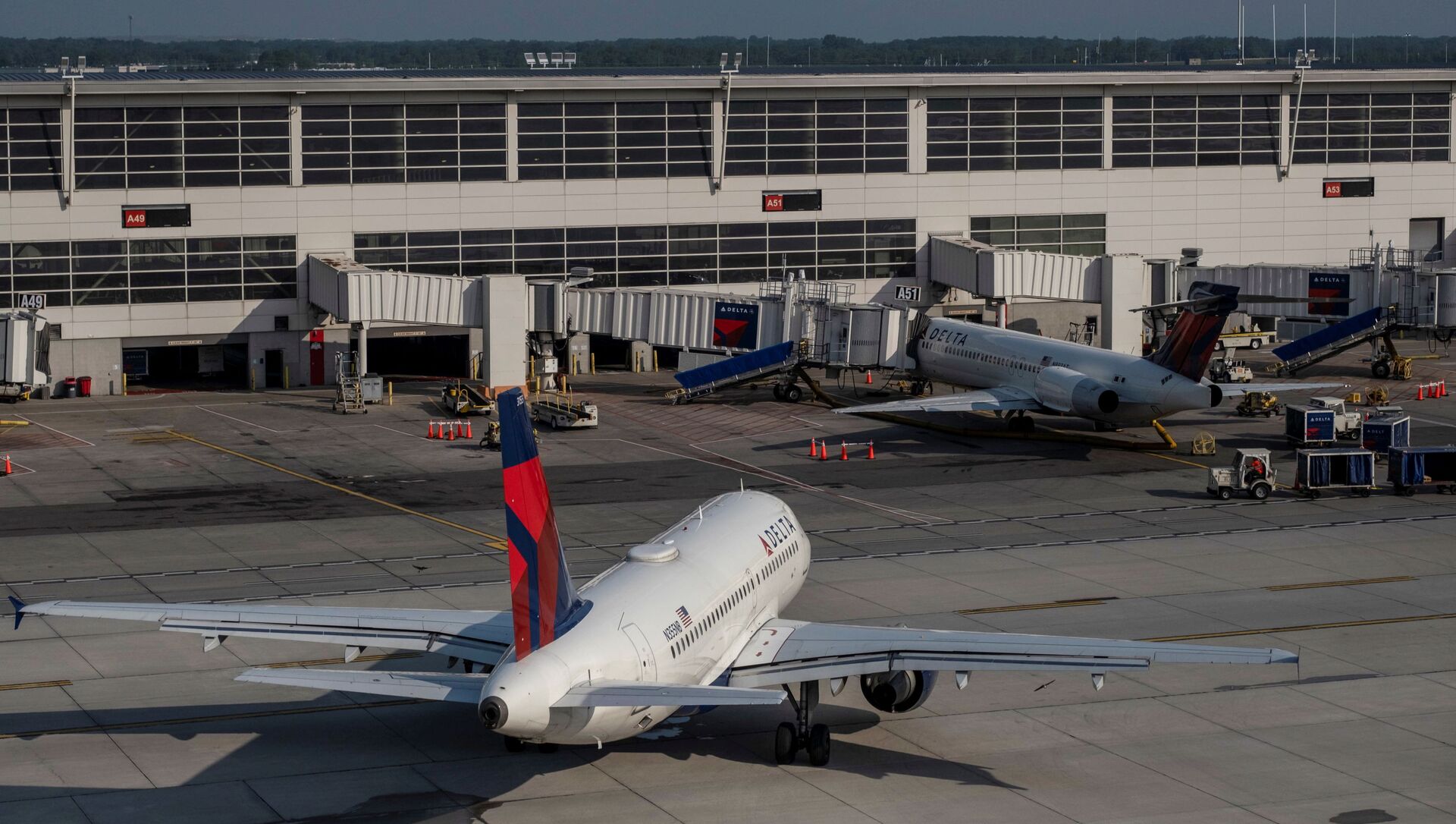 Kirill Kurevlev
Correspondent
All materialsWrite to the author
The incident occurred at a time when the number of Americans engaging in air travel has reached the highest level since the COVID-19 pandemic broke out. And "unruly passenger" incidents have risen substantially, typically provoked by conflicts over mask-wearing rules.

A male passenger on a Delta Air Lines trip from Los Angeles to Atlanta attacked two flight attendants and threatened to bring down the plane, forcing the crew to make an emergency landing in Oklahoma, Agency France Presse reported.

According to reports from the airline and the media, the incident took place during Delta Flight 1730 late Friday.

According to the report, the pilot requested assistance from "all able-bodied men" over the public address system while an individual struggled with flight attendants and repeatedly stated that he was "going to take the plane down."

One of the passengers shared a video of the altercation online.

Someone tried hijacking our plane from LAX to ATL pic.twitter.com/fkPDPR60hu

​Several people, including an off-duty pilot, reportedly came forward and were able to overcome the man after a couple of moments of violent battle captured on film, the police told the news agency.

The jet, which was en-route from the West Coast to Atlanta in the southeast, was diverted to Oklahoma City instead.

Police in the area reportedly apprehended the suspect, who was described as an off-duty Delta employee in his late twenties. His exact motive was unknown. The individual was taken to the hospital after complaining of chest symptoms and displaying signs of what police described as mental issues.

No other injuries or damage were reported. Before permitting the flight to continue, police searched the jet, and reportedly found nothing suspicious.

According to media reports, the incident aboard Delta Flight 1730 is at least the third such "unruly passenger" incident for the US airline in a week, as another passenger was removed from a plane flying from Los Angeles to JFK airport in New York on Thursday.

Passenger taken off the plane.. pic.twitter.com/TApt4sbgbh

Moreover, data from the Federal Aviation Administration shows that "unruly passenger" events on commercial flights have increased this year, owing to high-stress levels and the politicization of mask-wearing.

According to the agency's website, it has taken 394 formal enforcement proceedings involving "unruly passenger" incidents as of May 25, a considerably greater rate than the 183 it took in all of 2020.