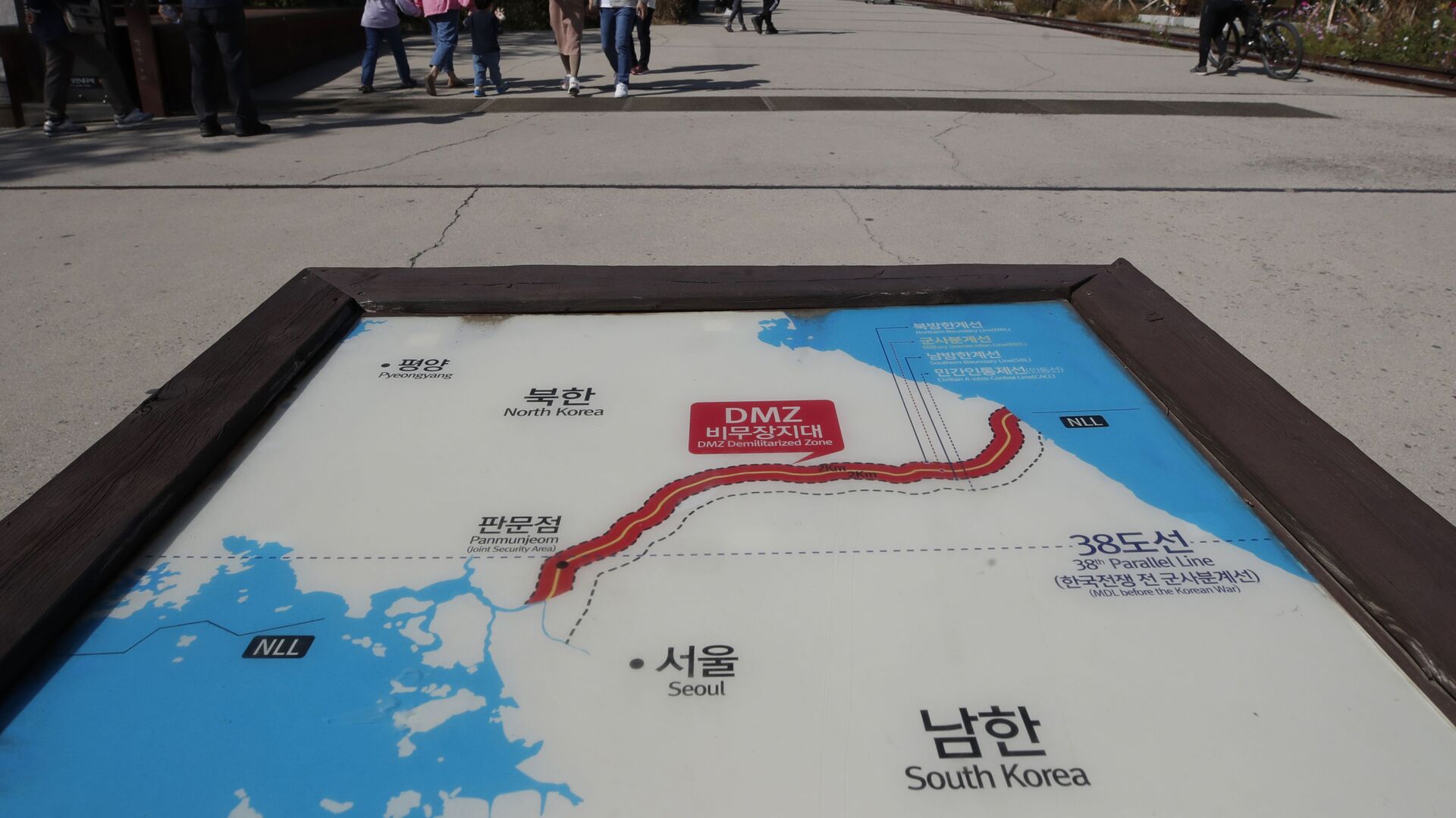 Kirill Kurevlev
Correspondent
All materialsWrite to the author
Over the last decades, the US had put strict limits on how far and how powerful South Korea's ballistic missiles could be, but the restrictions have recently been lifted, raising concerns about the consequences of such a decision.

The United States' removal of restrictions on the range of missiles allows South Korea to develop technology that boosts its own regional military deterrent, which could raise tensions with neighboring countries, as the Eastern Asian country regains full non-nuclear weapons autonomy after years of advocating for it, the Wall Street Journal reported, citing experts.

Late last month, the Biden administration lifted the final restrictions on Seoul's missile program, removing an 800-kilometer limit on the country's ballistic missile range. And, according to experts, it is a significant shift in policy, since South Korean missiles can now theoretically fly far enough to hit Beijing, Moscow, and elsewhere.

Better-armed allies will aid Washington, particularly in light of escalating tensions with Beijing over Taiwan and the South China Sea, and will raise the stakes for China to participate in North Korean diplomacy, a security analyst told the newspaper.

"South Korea can already directly counter the North Korean missile threat," Oh Miyeon, a director at the Atlantic Council, a think tank in Washington, said. "The lifting of the missile guidelines, therefore, has regional security implications, which goes beyond the Korean Peninsula."

The expert noted that the change came as North Korea has been building up its nuclear arsenal, while China's military might has significantly grown in recent years.

During Thursday's Senate Armed Services Committee hearing, US Defense Secretary Lloyd Austin said that the continuation of North Korea's nuclear and ballistic missile capabilities development poses an increasing threat to the United States and its allies in the region, thus being a point of grave concern.

"Pyongyang continues to develop its nuclear and ballistic missile programs, posing an increasing threat to regional allies and partners and with ambitions to be able to strike the US homeland," Austin said.

The words of the defense secretary were echoed during Friday's phone conversation between Secretary of State Antony Blinken and his Chinese counterpart, Yang Jiechi. Blinken emphasized the necessity for US and China cooperation in Korean peninsula denuclearization and reducing tension in the region.

DPRK Slams Lifting of South Korean Missile Caps as Example of US' 'Shameful Double-Dealing' - Report
North Korea has recently expressed concerns that the removal of US-imposed missile guidelines in South Korea is clear evidence of the US' hostile policy toward the DPRK, and is aimed at boosting the arms race and tensions in the region.

According to an article by Kim Myong Chol published in the KCNA, the scrapping is an "apparently deliberate and hostile act," the latest in a series of steps by the US to revise missile guidelines, following the removal of the warhead weight limit, which "clearly shows who is behind the escalation of tension" in the region.

"The target of the DPRK is not the ROK army but the US," Kim Myong Chol stressed, adding that Washington only uses South Korea to achieve its hegemonic goals.

In April, the Biden administration announced the results of a months-long review of its North Korea policy, saying that its new approach to Pyongyang calls for "calibrated, practical" efforts to denuclearize the Korean Peninsula through diplomatic efforts.

During a meeting in Washington in late May, South Korean President Moon Jae-in and US President Joe Biden agreed to end the flight range limitations that had been in place since 1979, when South Korea was granted US technologies and components to create its own missiles. The allowed range of South Korean missiles was expanded from 180 kilometers to 300 kilometers and then 800 kilometers as a result of two amendments in 2001 and 2012.

The measure was taken as part of the Biden administration's strategy to increase the US presence and influence in the Indo-Pacific region - especially amid the withdrawal of troops from Afghanistan - and to strengthen ties with key regional partners.