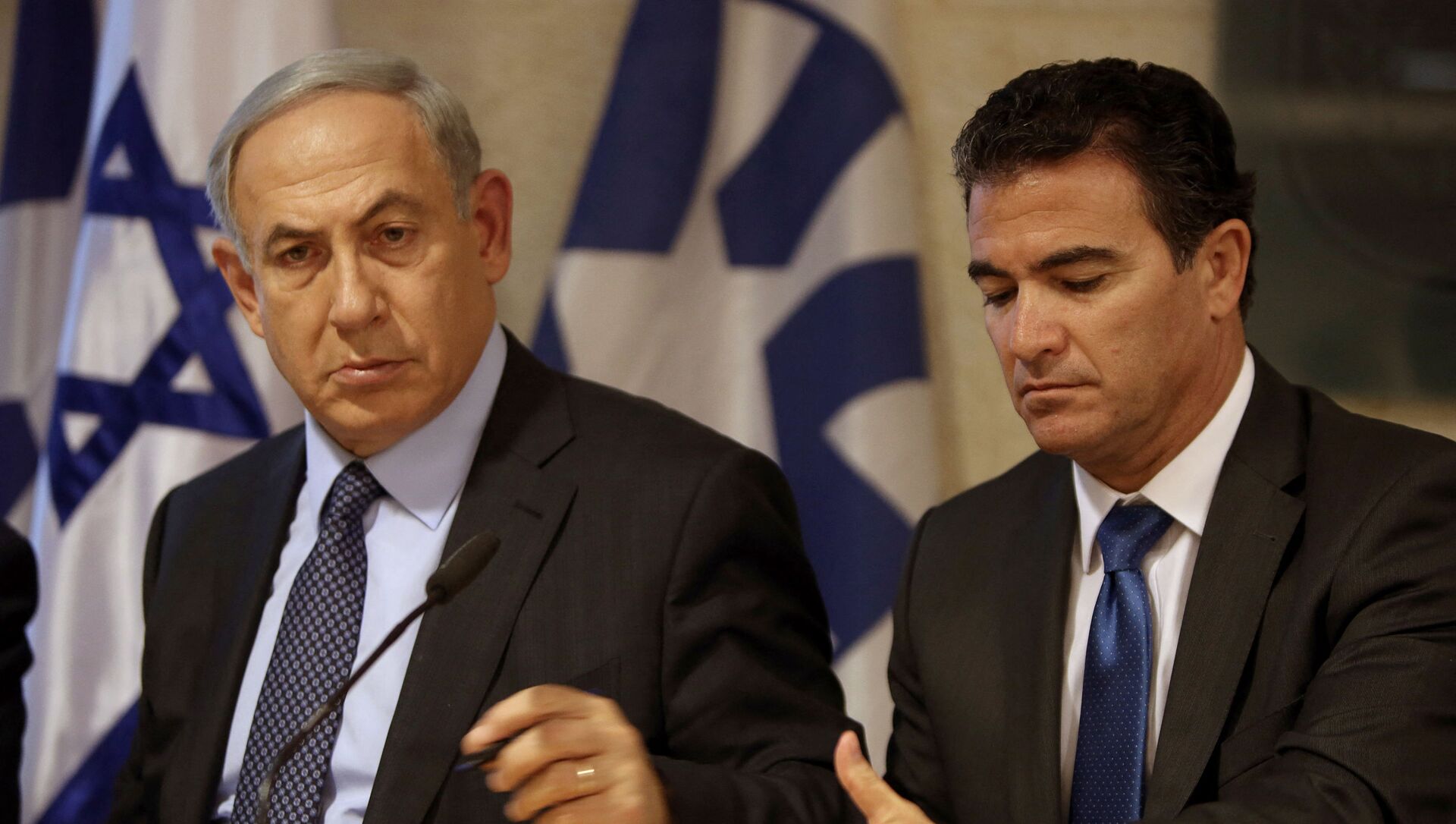 Asya Geydarova
Editor
All materialsWrite to the author
Cohen has reportedly enjoyed a close relationship with the outgoing Israeli prime minister, apparently due to his significant role in the special operations aimed at undermining Iran's influence in the region. According to the Israeli media, Netanyahu has himself called Cohen his possible successor in the party.

Members of Israel's right-wing Likud Party prefer former spy agency chief Yossi Cohen to head the party if its current leader Benjamin Netanyahu decides to resign from the post, given that a new coalition government will soon assume power in the Jewish state, The Times of Israel reported.

A Channel 12 news poll reportedly showed on Saturday that 27 percent of Likud respondents were in favor of Cohen, who was followed by ex-Jerusalem mayor Nir Barkat with 16 percent. Next comes Israel's ambassador to the US and the UN, Gilad Erdan, who has the support of 8 percent of the party, and Finance Minister Israel Katz who stands at 5 percent.

This comes after a revealing interview with the ex-top spy, published earlier this week, in which he shared details on the Mossad operations against Iran in the region. In particular, Cohen hinted at Israel's possible role in the recent Natanz plant accident and the assassination of  Iranian top nuclear physicist Mohsen Fakhrizadeh, who the Israeli government believes was behind a special unit within the Iranian military allegedly working to develop a nuke.

Barkat, who also has aspirations of succeding Netanyahu as Likud leader, reportedly commented that the outgoing prime minister should have stepped aside in recent weeks in order to prevent the newly formed coalition from taking power. The eight-party government will include parties from all over the political spectrum - starting from the right-wing Yamina led by Naftali Bennet and Israel Our Home to the left-wing Meretz - but will not include Netanyahu's Likud.

If Netanyahu had followed his advice, "Likud and the national camp would have been forming the government on Sunday", the TOI quoted Barkat as saying. 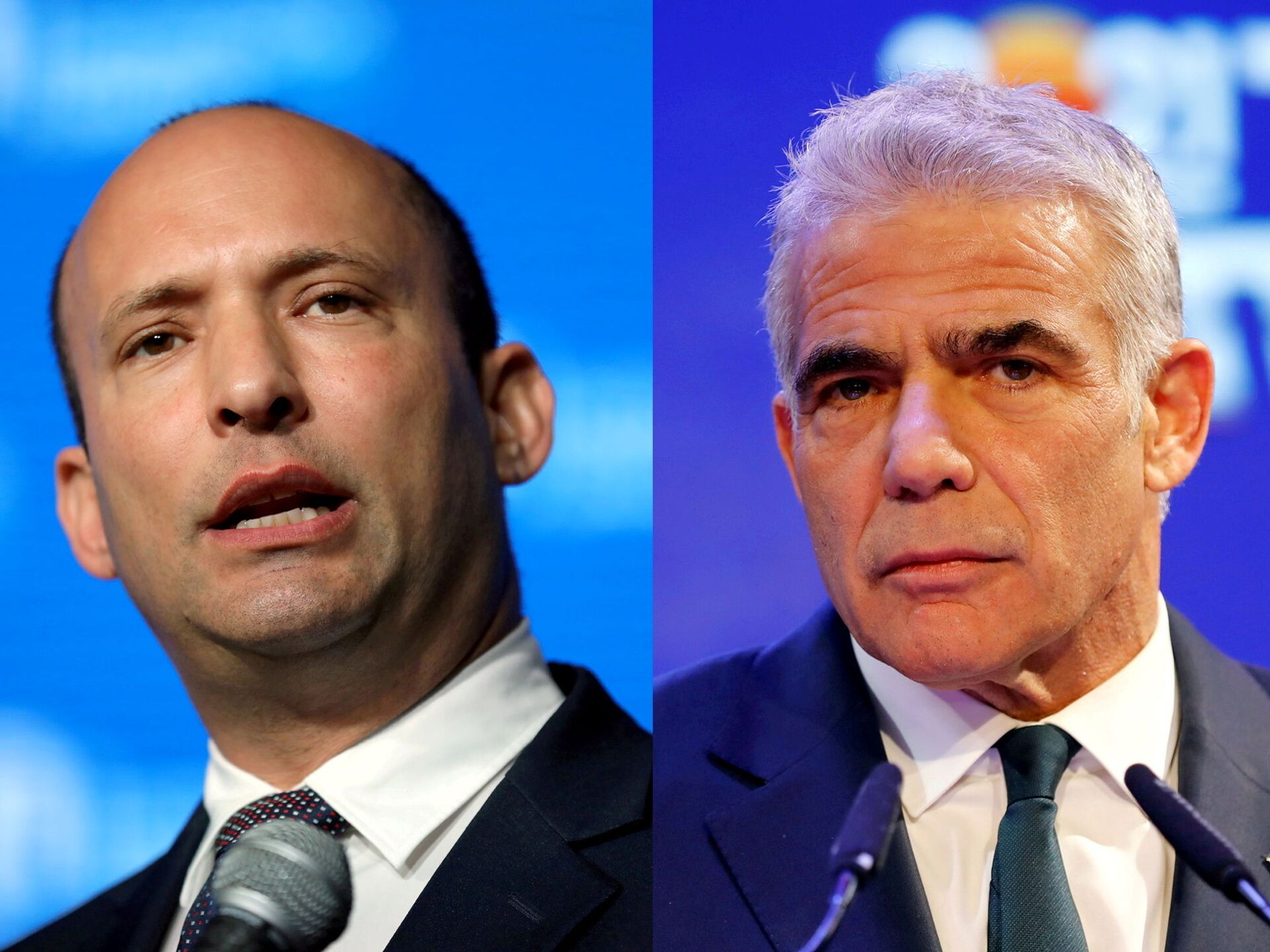 Earlier, Israeli President Reuven Rivlin gave Yair Lapid, the leader of Israel's largest opposition party Yesh Atid, a mandate to form a coalition government after Netanyahu failed to do it following the inconclusive March elections. Naftali Bennett will become the country's new prime minister on a rotation basis, and be replaced by Lapid after about two years.

In a last-ditch attempt to retain power, Netanyahu might try to ruin the opposition's plans of building a broad coalition on Sunday, as he's been harshly criticizing right-wing parties, especially Yamina and New Hope - Unity for Israel, for joing the leftists. Ironically, on Friday, Netanyahu offered his Defense Minister Benny Gantz the prime ministership for three years - which Gantz ran against Netanyahu to win - in an attempt to save their coalition from falling apart. 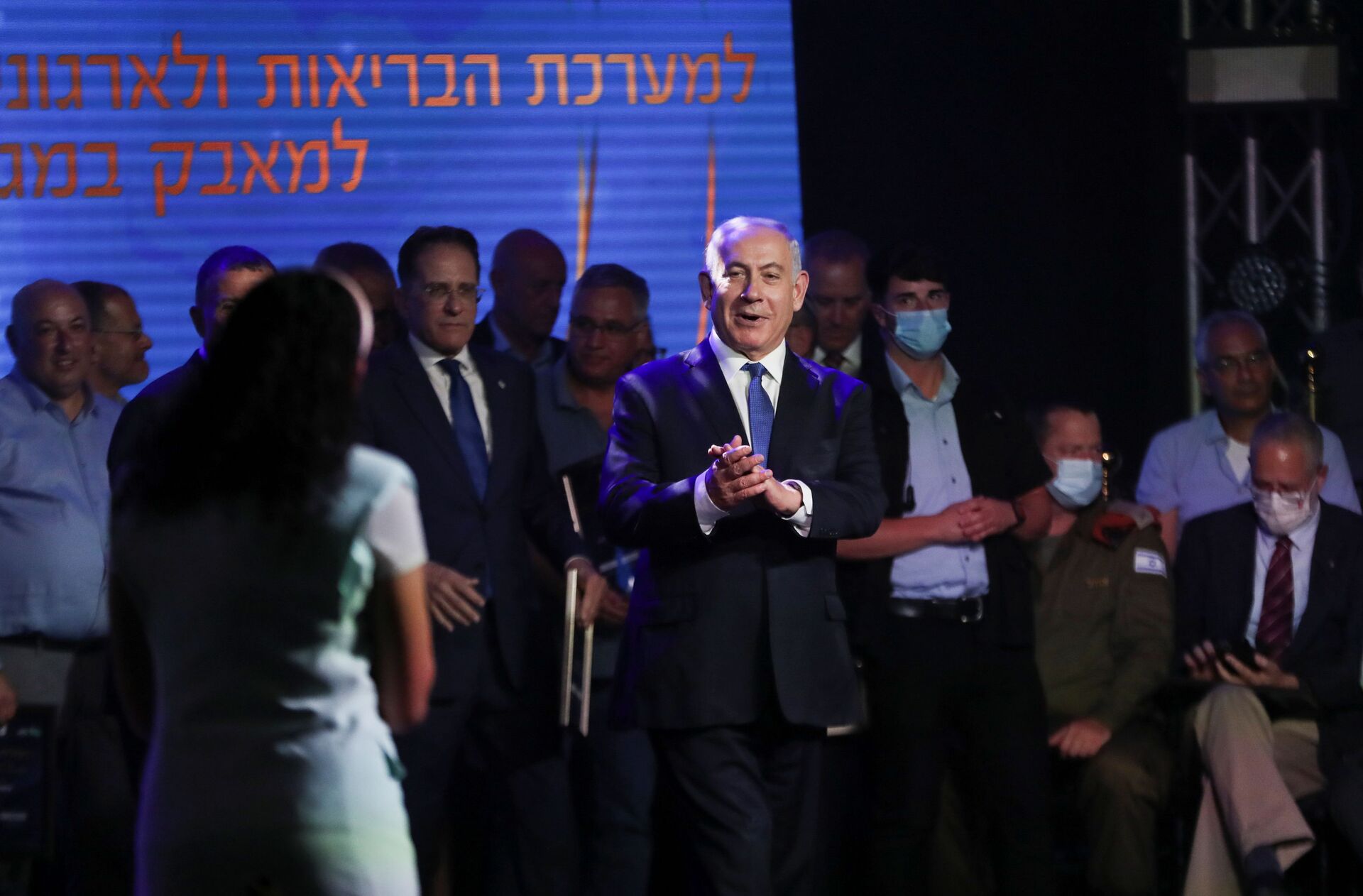 Israeli Prime Minister Benjamin Netanyahu attends a ceremony to show appreciation to the health sector for their contribution to the fight against the coronavirus disease (COVID-19), in Jerusalem June 6, 2021.
© REUTERS / RONEN ZVULUN

The ousting came as another blow (but apparently the most striking) for the Israeli prime minister, who has been the subject of multiple corruption investigations in relation to allegations that he had received luxury gifts from various businessman, pushed through legislation that would benefit a major newspaper and supported loosening regulations on telecom giant Bezeq in return for favorable coverage.

Netanyahu has been leading the Israeli government for more than 12 consecutive ears, thus breaking the record of the country's first prime minister David Ben-Gurion. In accordance with Israeli political tradition, Netanyahu will have to handover the premiership to Bennett in a transition ceremony, but due to his harsh criticism of the new coalition, this tradition may be broken, media speculates.