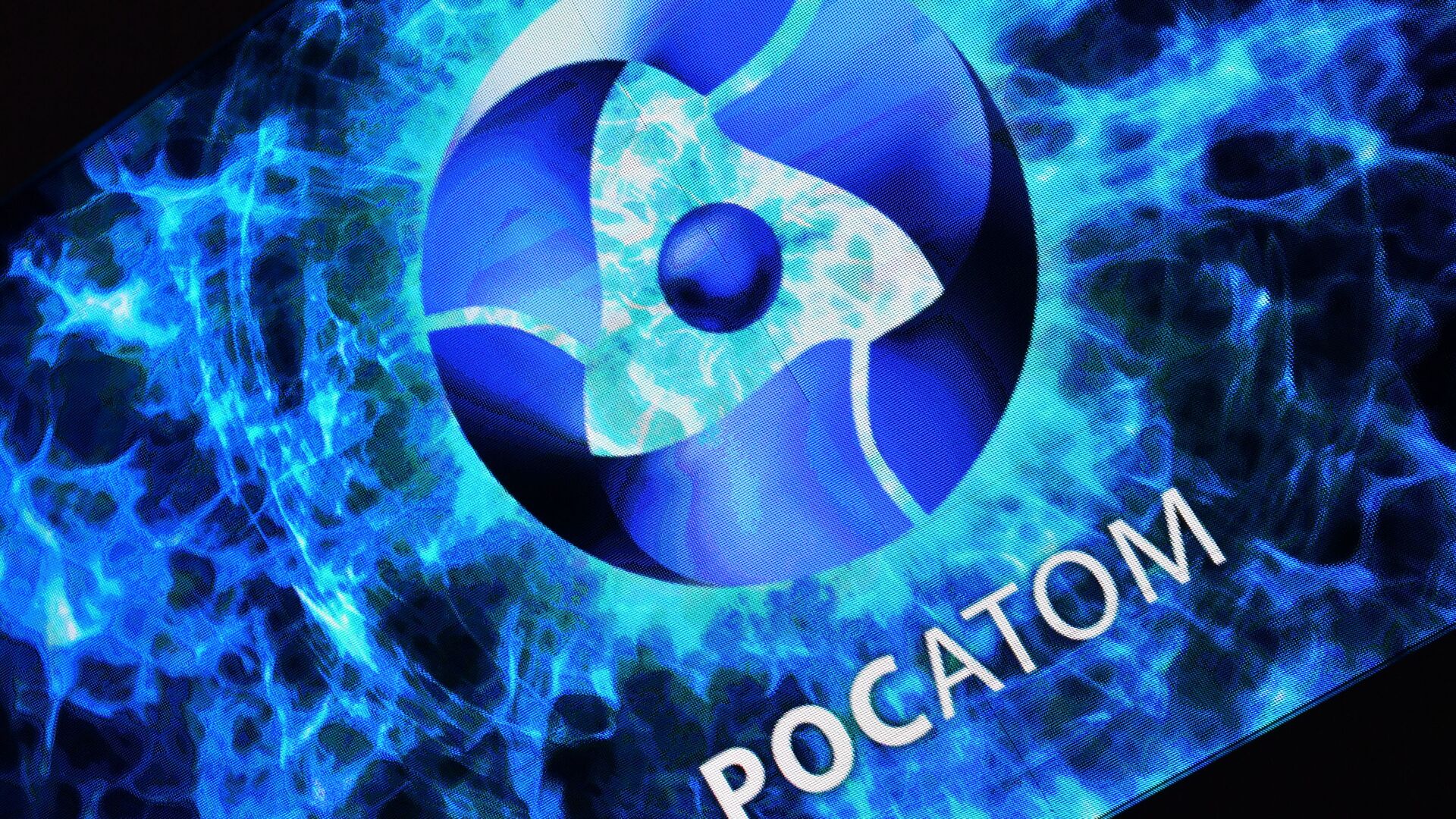 "Today we celebrate the pouring of the first concrete of Russia's BREST reactor!", tweeted Director General of the International Atomic Energy Agency Rafael Mariano Grossi. "This is part of the 'Proryv' ['Breakthrough'] project towards a closed nuclear fuel cycle, which will help to reduce the final waste burden. Milestone for the nuclear industry!"

Rosatom's project "Breakthrough" is aimed at developing a new nuclear technology platform based on a closed nuclear fuel cycle (CNFC) with advanced fast neutron nuclear reactors. Fast reactors are touted for their ability to increase energy yields from natural uranium and utilise nuclear byproducts and spent fuel. This would allow nuclear power programmes to be extended for thousands of years, while at the same time solving the radioactive waste problem. Thus, it is hardly surprising that major nuclear countries, such as China, France, Germany, India, Japan, Russia, the UK, and the US have been developing fast neutron reactors as breeders and high-level waste burners.

Russian #nuclear fuel manufacturer @TVELnuclear_eng has announced the start of construction of a 300 MW nuclear power unit enabled with the innovative BREST-OD-300 lead-cooled fast reactor at the site of the Siberian Chemical Combine, in Seversk https://t.co/m6u36Yl80a pic.twitter.com/ds17ZzfW98

​Rosatom's newly inaugurated Pilot-Demonstration Energy Complex will combine a nuclear power plant (NPP), spent nuclear fuel reprocessing plant, and fuel re-fabrication plant all on one site for the first time in history. Russia's fourth generation lead-cooled fast reactor with improved safety will serve as a core of the new complex. 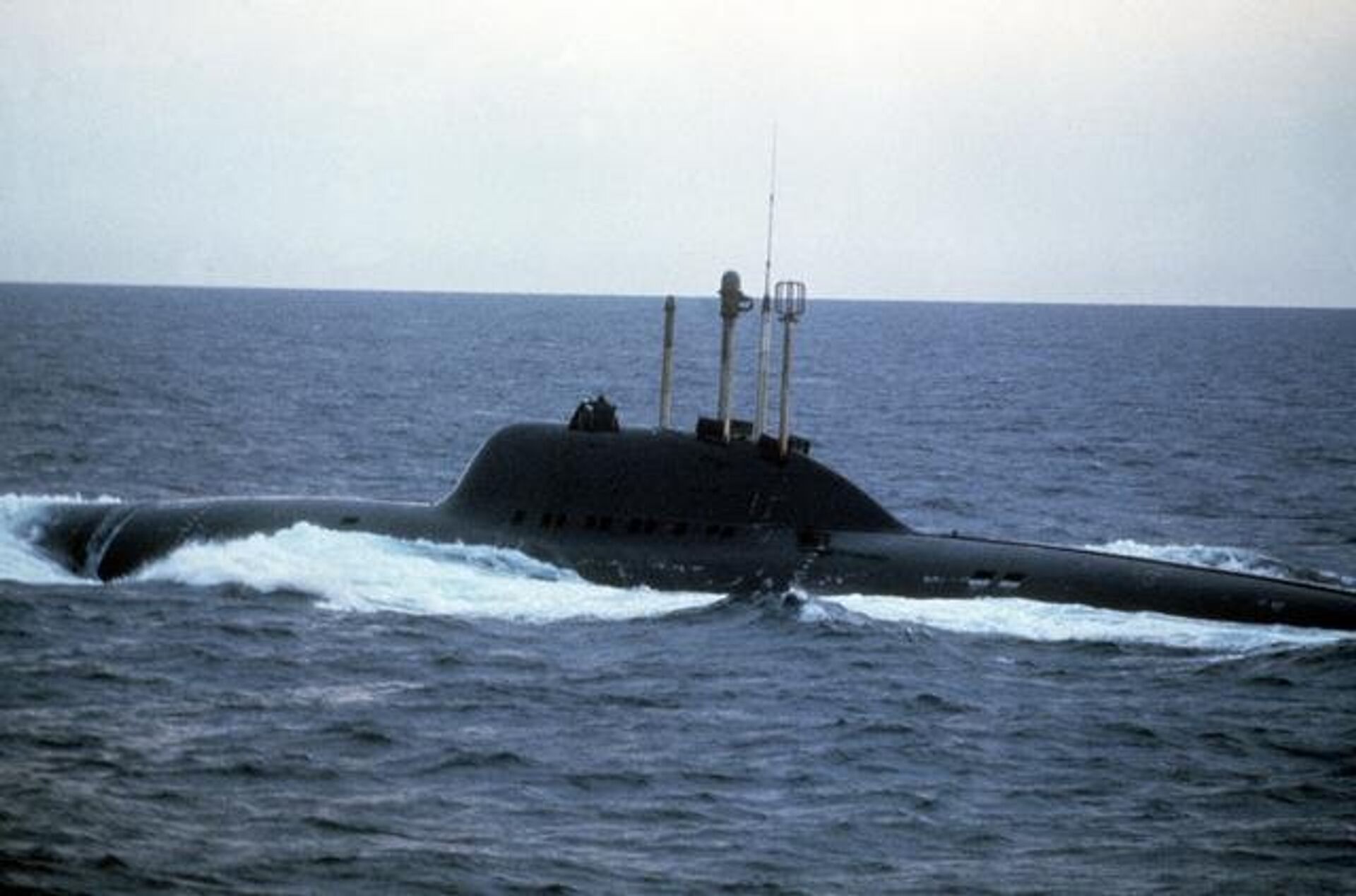 Although the Chernobyl disaster of 1986 and the Fukushima Daiichi catastrophe of 2011 triggered scepticism over the safety of the atomic industry, the lessons of the two deadly accidents have been learned by nuclear engineers across the world. In particular, they sought to mitigate the impact of external human factors and operator errors, as was the case with Chernobyl and prevent a "zirconium steam reaction" as at Fukushima, where the core of the reactor became exposed to steam. 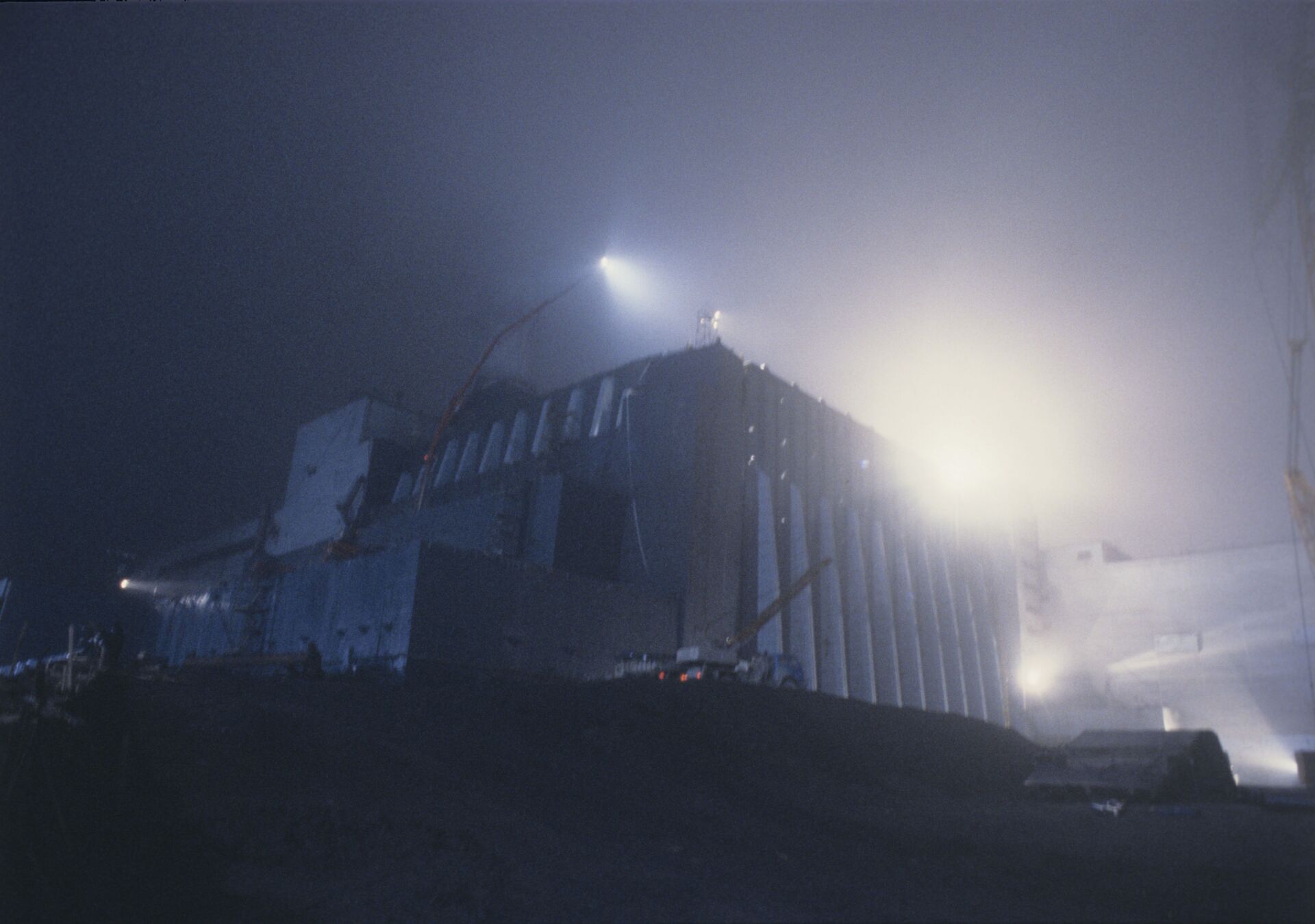 With that in mind, Russia's nuclear manufacturers have employed the principle of "natural safety": the integral design and physics of reactor facilities minimises the probability of core meltdown accidents and plutonium contamination, ruling out accidents requiring evacuation of the population.

The BREST-OD-300 reactor's high-boiling (~2000 K), radiation-resistant, low-activated lead coolant is inert when it encounters water and air, and does not require high pressure in the primary circuit, which excludes the potentiality of accidents with a loss of coolant and heat removal, fires and explosions when coming into contact with the environment. 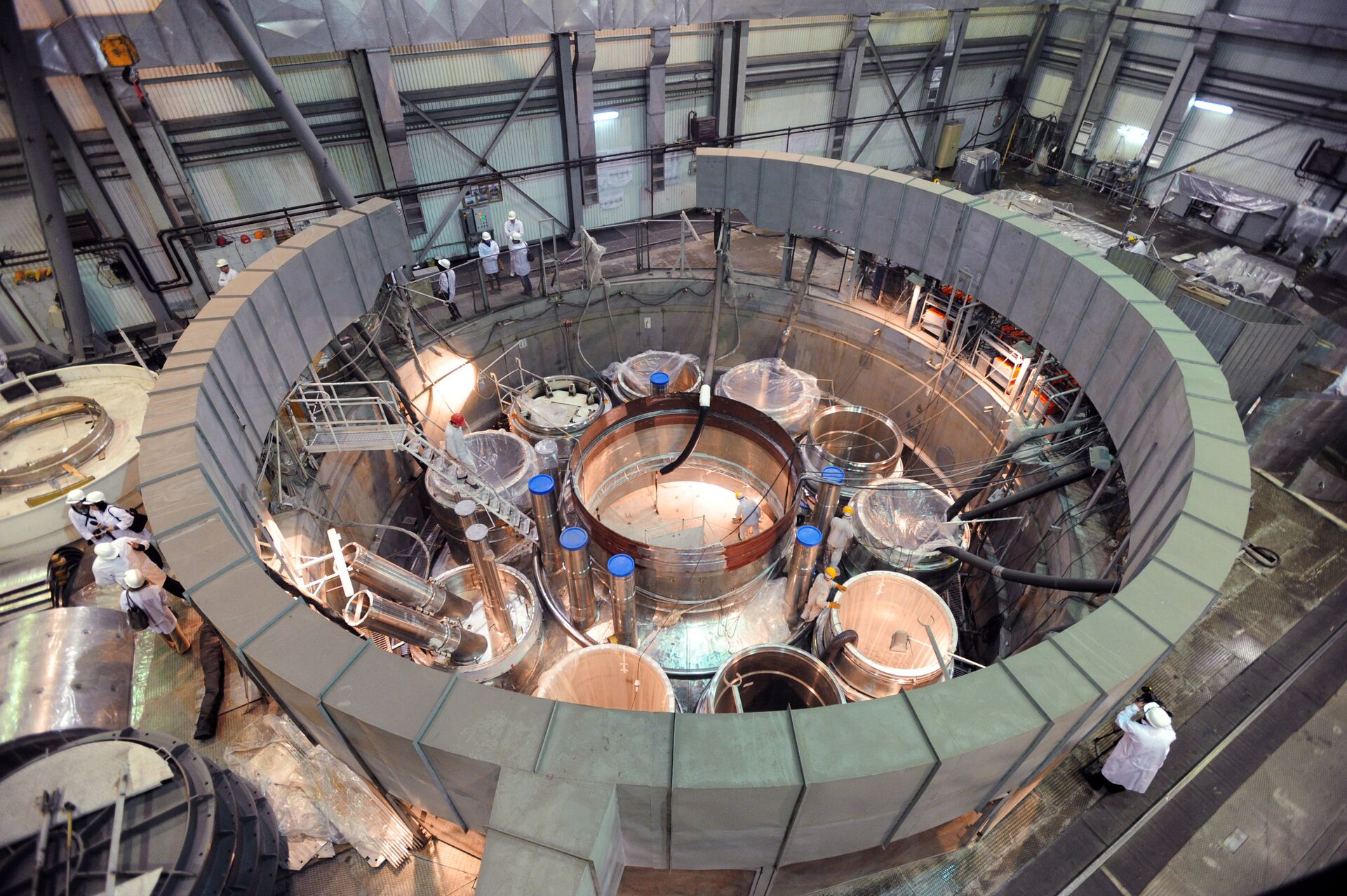 Nuclear fuel is the material used in a controlled chain reaction to produce heat through a physical process called fission. The heat, in turn, is used to make steam that drives an NPP turbine to create electricity. The BREST-OD-300 will run on mixed uranium-plutonium nitride fuel (MNUP-fuel) specifically developed for the new generation of fast reactors by the Bochvar Institute, a research facility of Rosatom's TVEL Fuel Company. The fuel's fissile material is presented in the form of a nitrogen compound instead of traditional uranium dioxide and has a number of advantages over the latter, according to TVEL's designers:

·         it prevents corrosion of fuel rod cladding as the yield of aggressive fission products (cesium, iodine, selenium, tellurium, etc.) from nitride pellets is lower than that from the traditional oxide fuel;

​In the course of its life cycle BREST-OD-300 will provide itself with its main energy component, plutonium-239, reproducing it from uranium-238. Due to closed nuclear fuel cycle technology, the system will nearly become autonomous and independent of external resource supplies over time.

"The introduction of such technologies will increase exponentially the efficiency of natural uranium", the Rosatom official site highlights.

Although nuclear energy is regarded as nonrenewable, uranium-238 remains the most common isotope of the chemical element found in nature with a relative abundance of 99 percent. As of January 2019, identified uranium resources stand at around 8 million tonnes of uranium metal (tU). After implementing fuel-recycling fast reactor technology, the estimated supplies will be enough to drive the nuclear industry for thousands of years, the magazine Scientific American forecast in 2009.

This innovative technology appears to be especially promising given the soaring demand for various sources of energy. According to the International Energy Agency (IEA), global energy consumption could see an increase of up to 18 percent by 2030 and 39 percent by 2050. At the same time, as nations are struggling to reduce their carbon emissions, the IAEA sees uranium as the right pick.

"Uranium based fuel is expected to remain a basic, reliable source for low-carbon nuclear power. How we utilise this fuel will greatly depend on the development of new technologies and strategies for sustainable resource management", stated Adrienne Hanly, a uranium resources specialist at the IAEA as quoted in the June 2018 IAEA Bulletin.

Today is #EarthDay, a day to reflect on how important our planet is. We need steep decarbonization to fight #ClimateChange and nuclear power can help us get there. Here’s how: https://t.co/H8MHvBchG9 #Atoms4Climate pic.twitter.com/xdxU6MYJkx

​In addition, Rosatom's designers argue that their new nuclear complexes will be more economically competitive in comparison with alternative generation, including steam and gas installations.

"The only evident, large-scale, technologically proven, and carbon-free way of energy generation is nuclear power", stated Mikhail Kovalchuk, president of the National Research Centre "Kurchatov Institute" on 8 June. "It is one and only at its core; it is carbon-free; it doesn't burn oxygen and doesn't emit anything in the atmosphere. In this sense, it ideally responds to today's request by civilisation. It has only one 'but': spent nuclear fuel. The closing of the nuclear fuel cycle, in fact, returning to nature what we took, is nature-like nuclear power. This is one of several steps for a comprehensive solution".

The BREST-OD-300 reactor is projected to start operating in 2026: its fuel production facility is expected to be built by 2023, while the construction of an irradiated fuel reprocessing module is scheduled to start by 2024.

"The successful implementation of this project will allow [Russia] to become the world's first owner of nuclear power technology that fully meets the principles of sustainable development in terms of environment, accessibility, reliability, and efficient use of resources", Director General of Rosatom Alexey Likhachev, believes.