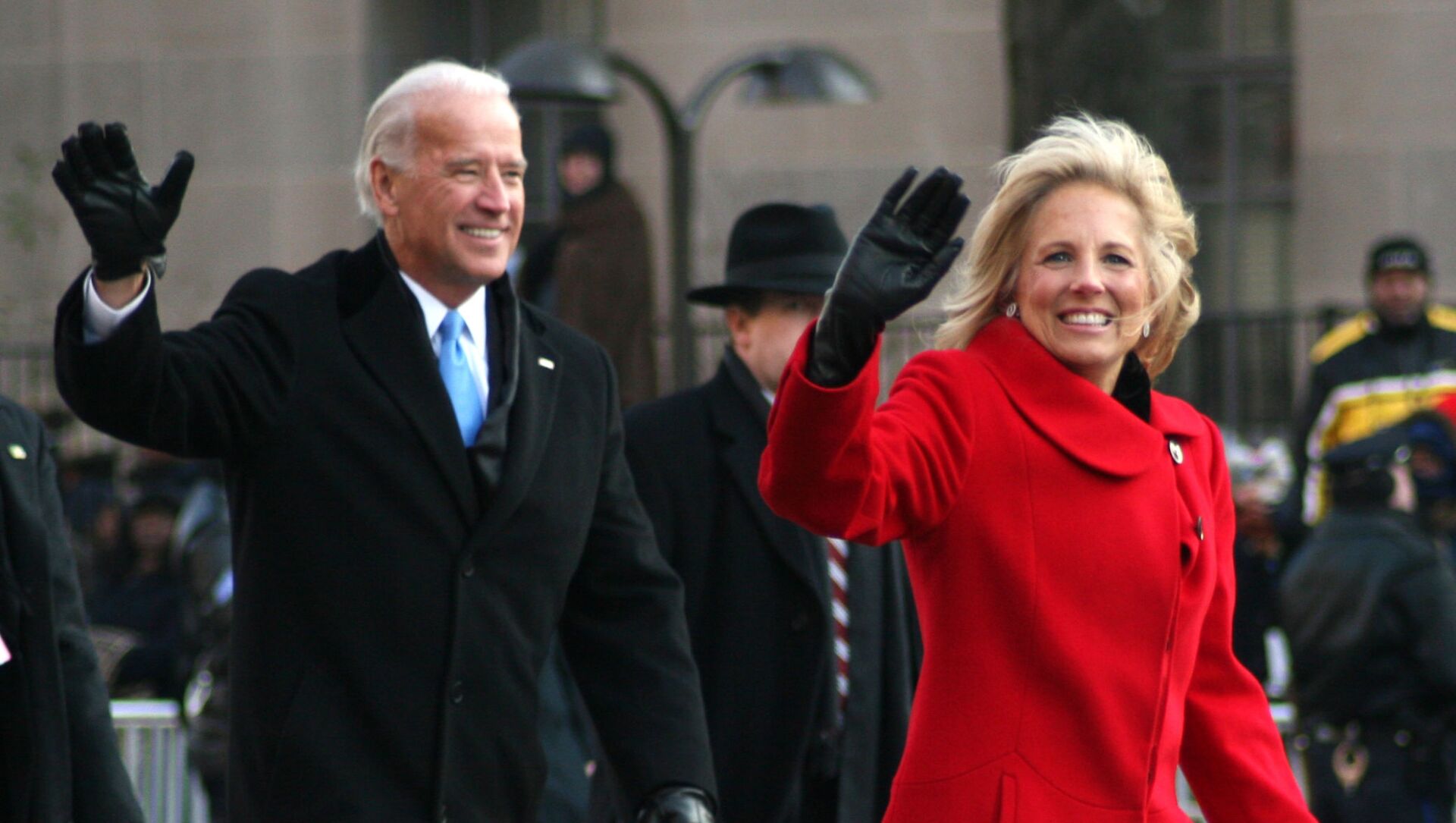 Max Gorbachev
All materialsWrite to the author
The incident occurred at a military base in England, where the US president landed to take part in the G7 summit dedicated to the coronavirus pandemic, economic stability and climate change, which the Democrat says is the biggest threat to the United States.

You may be a laureate of America's highest civilian award and president of a superpower, but when your wife tells you to pay attention, you stop whatever you are doing and listen. That’s what happened during Joe Biden’s visit to Royal Air Force station in Suffolk, England, where the president and first lady addressed US and British servicemen.

While Jill Biden was on stage, her husband turned his back to the podium and looked at the servicemen. The first lady noticed that and immediately quipped: "Joe, pay attention." Biden played along, instantly turning around and giving his wife a military salute.

This is just so embarrassing for our country. First Lady admonishes the President to "pay attention" and he meekly responds by saluting her. She's the boss, apparently.

​Twitter has been inundated with posts about the incident after footage of it went viral. Some users praised the couple for their cordial relationship.

I love that they can joke around with each other. It’s a sign of a solid relationship. My god, could you imagine Melania kiddingly saying that to Trump????? Remember her at Trump’s inauguration?

​…Others joked that only married men will understood the POTUS.

Every married man knows exactly how he feels.

​Many users, however, considered that the first lady had "humiliated" her husband and that the incident showed the US president in an unflattering light.

I found it even more humiliating for the First Lady to belittle
the Commander in Chief
in front of active duty military personnel.
"Joe pay attention" as he turned away from her. https://t.co/PI53hvIWDL

If Jill Biden as first lady of the US has to tell Joe, as president to pay attention in front of our military... we look the weakest we've ever been to our foreign adversaries.

​Others assumed that Biden is no longer in charge of the country.

Further evidence that "the big guy" Joe is not in charge. Jill is not only "The President's" caretaker but obviously does his desk work as well. Never seen such a travesty outside of a Hollywood sound stage

​During his speech, the Democrat, who is known for making gaffes during speeches and question and answer sessions, mispronounced the name of UK Royal Air Force calling it RFA and admitted that he keeps forgetting that he is the president of the United States.

The incidents will probably be used by his critics, who have been questioning Biden’s mental health and fitness. Before the visit an anonymous member of the UK Conservative Party chided Biden for his position on the row between Britain and the European Union, calling the Democrat "senile".