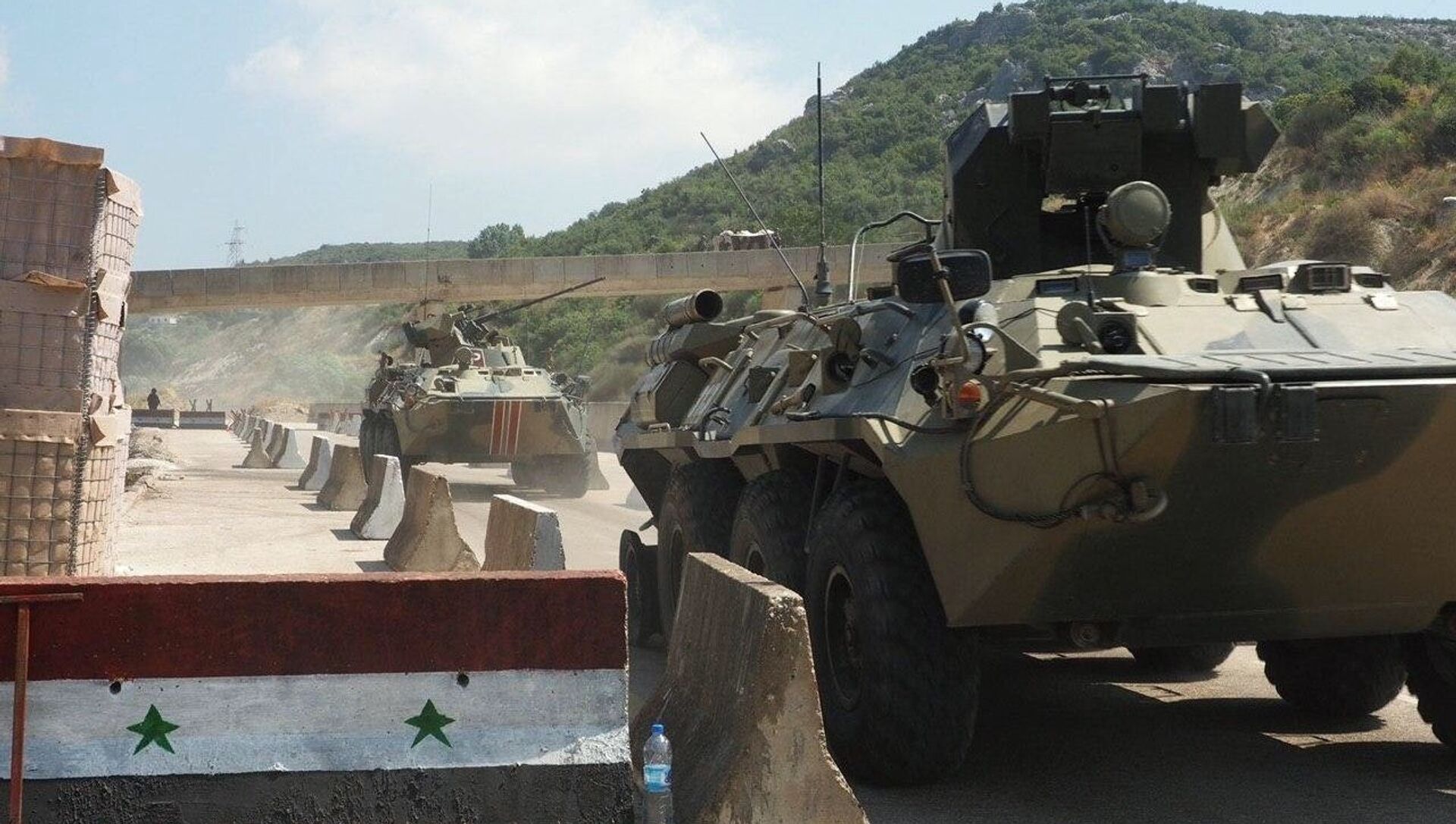 Kirill Kurevlev
Managing Editor
All materialsWrite to the author
The Russian Defense Ministry established the Center for Reconciliation of Opposing Sides and Control of Refugee Movement in Syria In February 2016 as part of its efforts in the region to help mitigate the ongoing conflict between the opposing sides.

Armed terrorist groups are transferring armored vehicles to two localities in Syria’s Idlib, and Syrian government forces have reported a sharp increase in the number of shellings from those areas, Rear Adm. Vadim Kulit, the deputy head of the Russian Defense Ministry's Center for Reconciliation of Opposing Sides in Syria, said on Friday.

"Illegal armed groups in the southern part of the Idlib de-escalation zone are transferring militant units and armored vehicles to the area of the Saan and Majdaliya localities in Idlib province. According to the command of the Syrian government forces, the number of attacks carried out by militants of terrorist groups from the indicated area at the positions of the Syrian armed forces in the directions of Rueiha, Jubas and Saraqib has sharply increased," Kulit said.

According to the Reconciliation Center, 38 attacks were recorded in the Idlib de-escalation zone from the positions of the  Jabhat al-Nusra* terrorist group, of which 17 attacks occurred in Idlib province, 8 attacks in Latakia province, 4 attacks in Alleppo province, Hama province - 9 attacks.

Kulit added that Russian military police units have continued to escort civilian vehicles on the M4 highway between the Raqqa and al-Hasakah provinces.

On Thursday, Syrian newspaper Al-Watan reported that the political command of the Syrian armed forces is investigating reports suggesting that the spokesman of Jabhat al-Nusra has been eliminated.

According to the report, Abu Khaled al-Shami was eliminated earlier on Thursday by Syrian and Russian airstrikes along with 30 other terrorists. The airstrikes were carried out in the morning in the Jabal Alzawiya area.

Earlier, the Russian military warned about impending provocations being planned by terrorist groups involving poisonous substances, to be carried out in the northeast of Idlib province. The reconciliation center receives information about provocations in Syria involving the use of poisonous agents on a regular basis.

The responsibilities of the reconciliation center include negotiating agreements on illegal armed groups and individual settlements joining the cease-fire regime, as well as organizing humanitarian aid distribution, among others.

The Russian military, together with its Turkish counterparts, at the request of the Syrian government regularly patrol the roads and settlements of the war-torn country in order to ensure the safe functioning of transport routes.

*Jabhat al-Nusra (also known as Al-Nusra Front, Jabhat Fatah al-Sham, or al-Qaeda in Syria) is a terrorist organization outlawed in Russia and many other states.