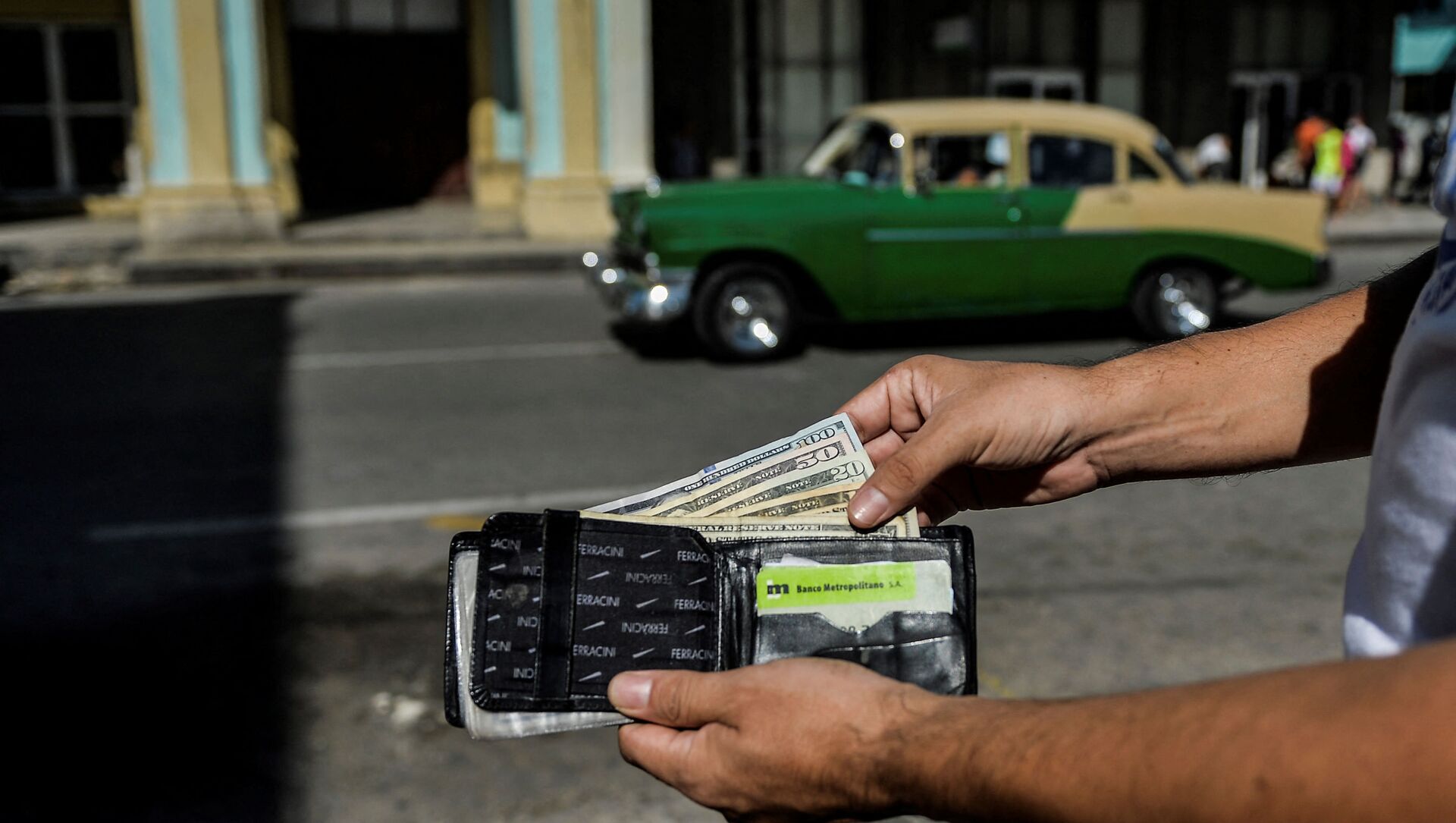 HAVANA (Sputnik) - Cuban banking and financial institutions will not accept cash deposits in US dollars from 21 June due to US sanctions, the Central Bank of Cuba (BCC) said.

"Given the obstacles imposed by the US economic blockade for the Cuban banking system to depositing abroad cash in US dollars collected in the country, the decision has been made to temporarily stop the acceptance of bills in that currency by the Cuban banking and finance system", the BCC said on Thursday, as quoted by the state Mesa Redonda news outlet.

According to the statement, the measure will not affect operations involving transfers or cash deposits of other freely convertible currencies accepted in Cuba. The BCC explained that the decision is a protective measure for the Cuban banking and financial system due to restrictions imposed by the economic, commercial, and financial blockade on part of the US.

The duration of the measure will depend on the lifting of the US restrictions, according to the bank.

The official exchange rate is 24 Cuban pesos per $1, but banks have publicly recognised that they do not exchange the currency at this rate, so the population gets greenbacks on the black market at 60 pesos. The gap between the official and unofficial exchange rates has skyrocketed in recent weeks, especially after exchanging was limited to no more than $300 at the airport's bureau de change, the only entity that did that, last month, arguing that they had no cash of that value to offer.

Washington and Havana have had a strained relationship for more than 60 years, rooted in Fidel Castro’s overthrow of a US-backed government. Under Barack Obama, the US took some steps to normalise bilateral relations, including restoring diplomatic ties and expanding travel and trade, but the process was halted under the Trump administration.