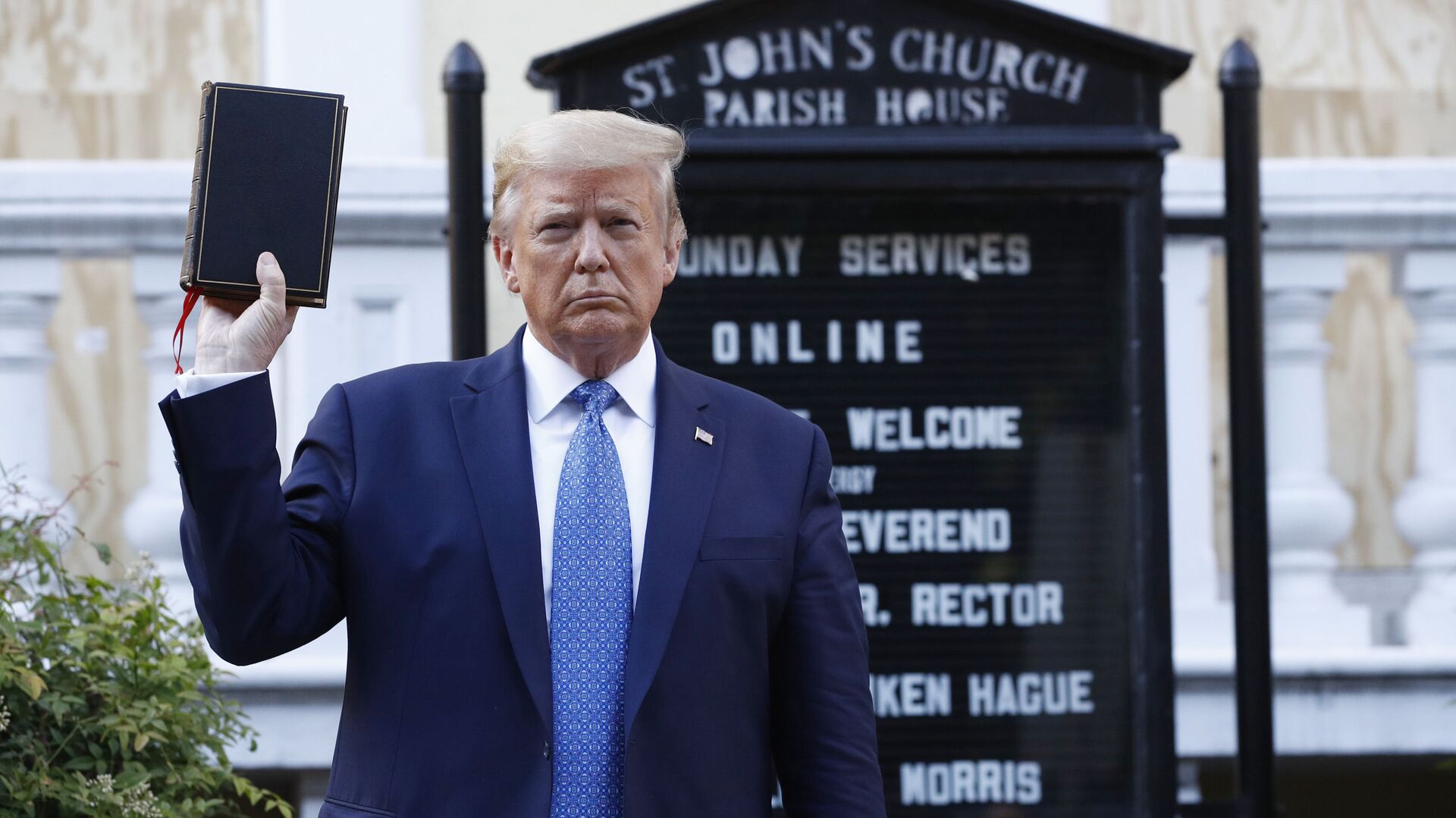 © AP Photo / Patrick Semansky
Subscribe
International
India
Africa
Evan Craighead
All materialsWrite to the author
Nearly a year ago, then-US President Donald Trump notoriously conducted a photoshoot with a Bible in front of St. John's Church in Washington, DC, while authorities violently cleared nearby Lafayette Park of reporters and protesters mourning the loss of George Floyd. At the time, many accused the Trump administration of ordering the removal.

Trump announced Wednesday that a new report from the Department of Interior's Office of the Inspector General completely exonerates him and his administration from any wrongdoing on June 1, 2020.

"Thank you to the Department of the Interior Inspector General for Completely and Totally exonerating me in the clearing of Lafayette Park!" Trump said in response to the IG report.

"As we have said all along, and it was backed up in today’s highly detailed and professionally written report, our fine Park Police made the decision to clear the park to allow a contractor to safely install antiscale fencing to protect from Antifa rioters, radical [Black Lives Matter] protestors, and other violent demonstrators."

According to the IG report in question, US Park Police (USPP) already planned to clear DC's Lafayette Park hours before Trump's impromptu photo-op.

The USPP's decision was made "to allow a contractor to safely install antiscale fencing in response to [the] destruction of Federal property and injury to officers," the IG report details.

"As such, we determined that the evidence did not support a finding that the USPP cleared the park on June 1, 2020, so that then President Trump could enter the park," Interior Department Inspector General Mark Greenblatt said in an accompanying statement.

At the same time, the IG report emphasized that this determination does not absolve law enforcement of brutality allegations.

"This report does not address allegations of individual use-of-force incidents, as those are the subject of separate inquiries as well as ongoing lawsuits," the report read.