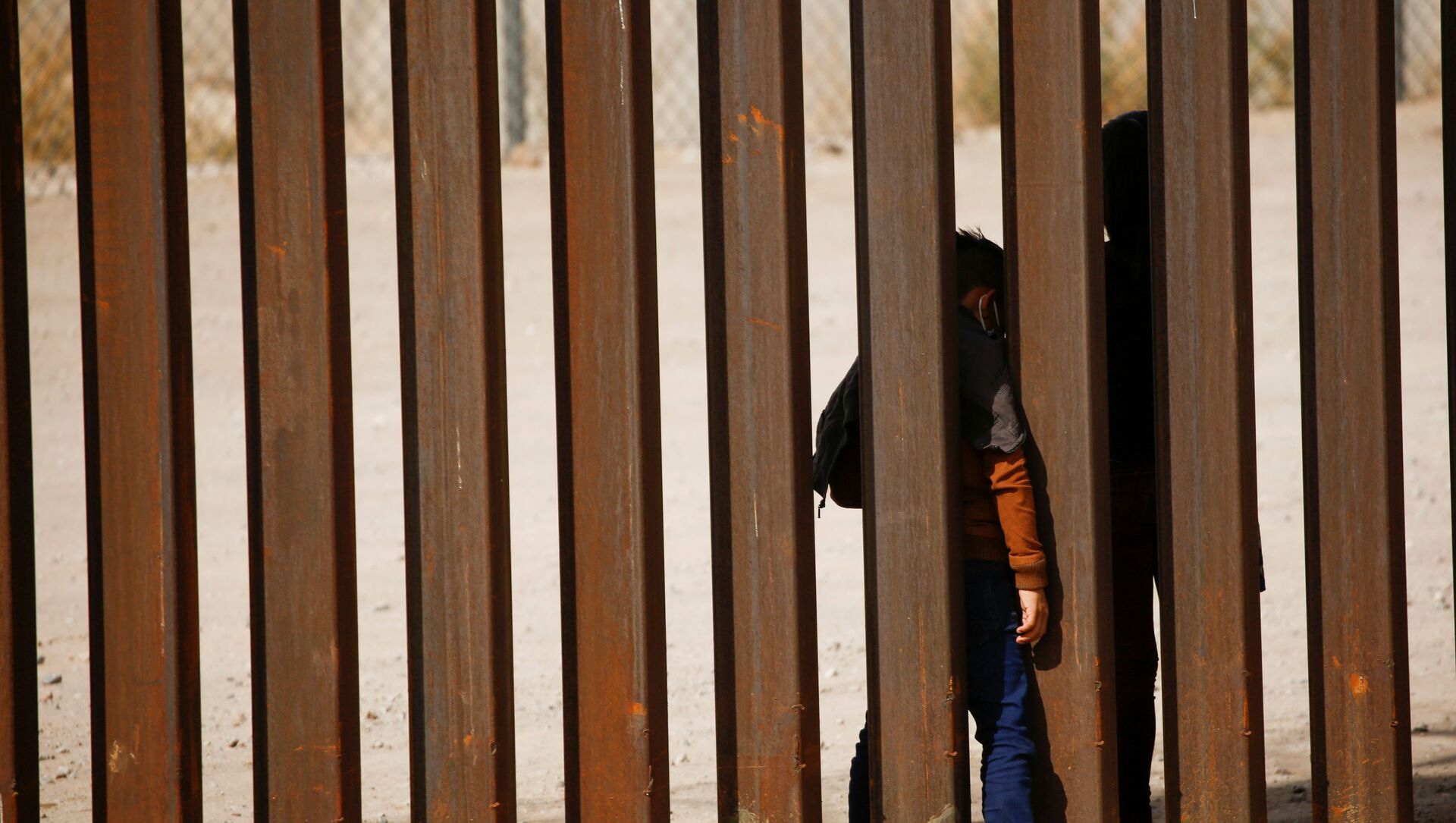 Morgan Artyukhina
All materialsWrite to the author
The construction of the border wall was launched by former US President Donald Trump but ended by his successor, Joe Biden, in January. The Trump administration was able to construct 400 miles of the large steel wall structure despite lengthy court battles and opposition from Congress.

Texas Governor Greg Abbott held a televised "Border Security Summit" with a group of Texas judges, police chiefs, sheriffs and mayors on Thursday afternoon to lay out his plan to "secure the southern border and address the ongoing humanitarian crisis."

In addition to promising to resume construction on the halted border wall, the conservative governor said that state police would begin jailing people who crossed the border illegally.

“The border crisis is no laughing matter,” Abbott said. "It's not a tourism site for members of Congress to visit and then return to [Washington] DC and do nothing."

"I am right now invoking Article 4 of the Texas constitution to form the Governor's Task Force on Border and Homeland Security," the governor said. "It will help all of us to work on ways to stem the flow of unlawful immigration and to stem the flow of illegal contraband." 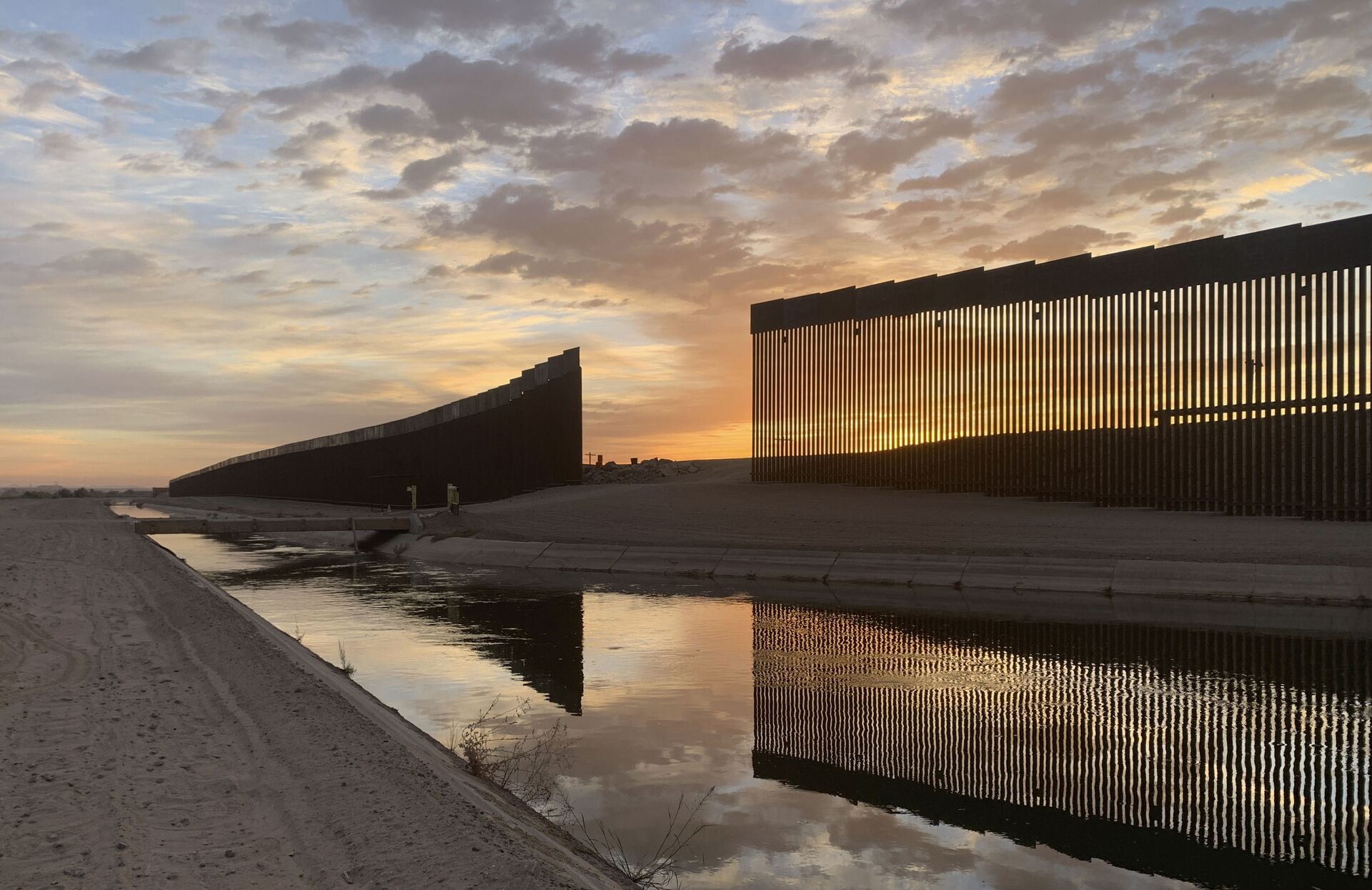 The sun sets above the U.S.-Mexico border wall, seen in Yuma, Ariz., Wednesday, June 9, 2021. The Biden administration says it has identified more than 3,900 children separated from their parents at the U.S.-Mexico border under former President Donald Trump's "zero-tolerance" policy on illegal crossings.
© AP Photo / Eugene Garcia

US Vice President Kamala Harris traveled to Guatemala and Mexico earlier this week to speak about immigration to the US, telling people in Guatemala City "do not come" to the US, arousing fury from members of her own Democratic Party. However, amid calls by Democrats in border states like Texas for her to visit the border itself and see the migrant detention facilities that have not just persisted but expanded since Trump left office, she has so far declined.

Many of the migrants who have entered or tried to enter the US at the southern border in recent years have come from Central America, where a trio of US-backed governments have allowed poverty and violence to proliferate, sending families and people from vulnerable groups fleeing the country northward.

Abbott has already deployed 1,000 Texas Department of Public Safety troopers and National Guard members to the state's border with Mexico to address what he called a "crisis" of fentanyl, a powerful opioid 50 to 100 times more potent than morphine, being smuggled into the US.

However, last month the US Army Corps of Engineers announced it was resuming some of the work it had been doing at the border prior to Biden's halting of wall construction, but would not be working on the wall itself. Instead, the engineers will be constructing a 13.4-mile-long levee along the Rio Grande left unfinished by the pause, because previous excavation along the route had left area communities vulnerable to flooding by the river.

According to US Customs and Border Protection, in May officers “encountered” or apprehended 180,034 migrants, a slight rise over April, but with significantly fewer children among them. The CBP said it expelled 112,302 single adults and families in May in keeping with a US Centers for Disease Control and Prevention order aimed at preventing cross-border transmission of COVID-19.