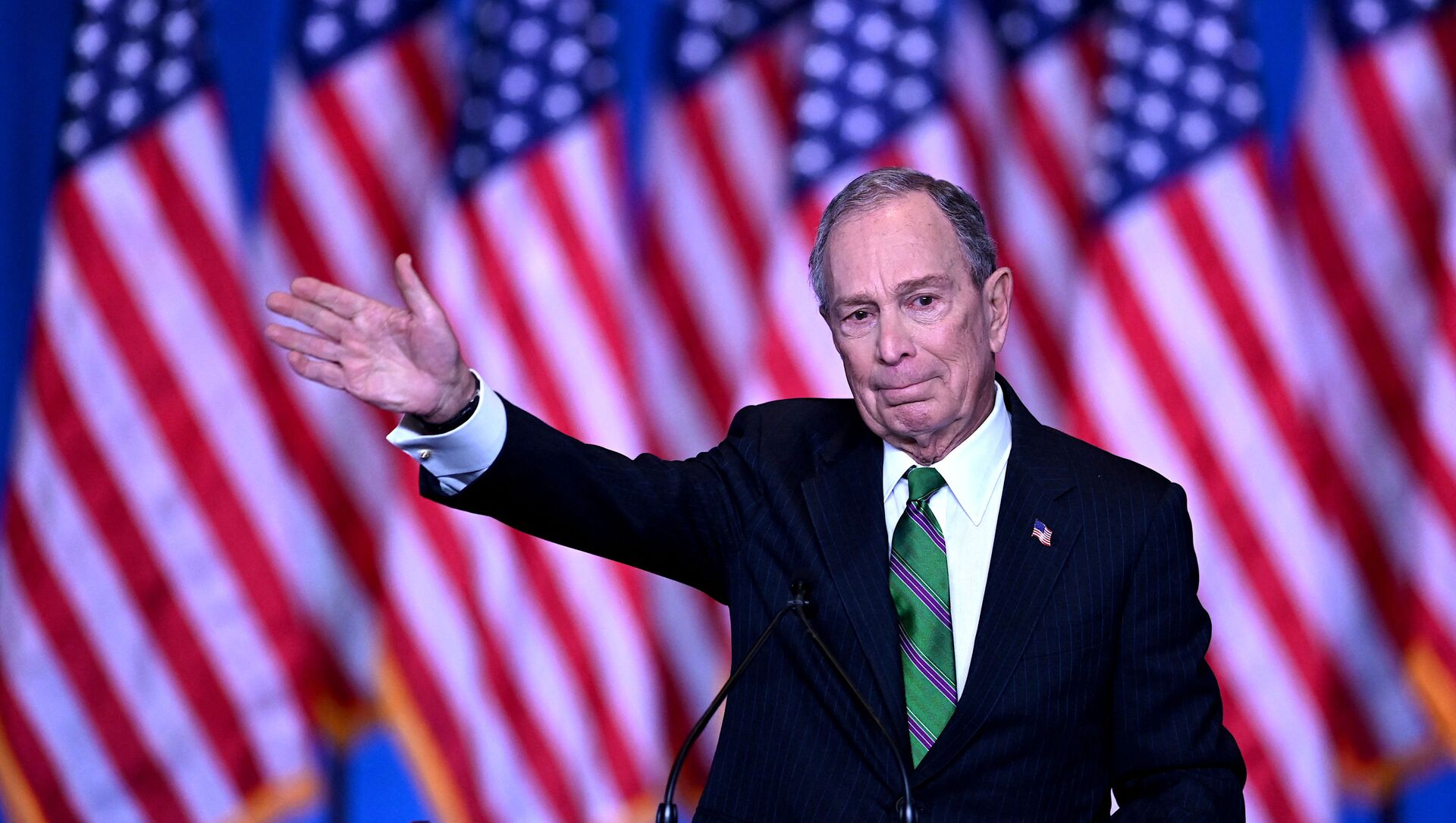 Kirill Kurevlev
Correspondent
All materialsWrite to the author
On Tuesday, ProPublica published an investigative report based on the confidential IRS tax records of several extremely wealthy Americans, revealing that the richest individuals paid less in taxes than most Americans, and in some years, none at all.

Michael Bloomberg, a billionaire businessman and former mayor of New York, has vowed to find out who leaked his personal tax information to a group of investigative journalists, the Times of Israel reported on Wednesday.

According to the report, Bloomberg said in a statement that he and his legal team would look into who was responsible for the unlawful leak of his financial details.

“We intend to use all legal means at our disposal to determine which individual or government entity leaked these and ensure that they are held responsible,” the statement released on his behalf reportedly reads.

According to Bloomberg's statement, the leak is an invasion of the billionaire's privacy.

"The release of a private citizen’s tax returns should raise real privacy concerns regardless of political affiliation or views on tax policy," the statement said. “In the United States, no private citizen should fear the illegal release of their taxes."

Bloomberg's tax record was also defended in the statement, which noted his support for tax hikes on the wealthy during his short-lived 2020 presidential campaign and his significant philanthropic giving, which has totaled $11 billion over his lifetime.

According to the report, when Bloomberg was awarded the $1 million Genesis Prize for service to the Jewish community, he gave the money generously, largely to Israel-related charities.

"Taken together, what Mike gives to charity and pays in taxes amounts to approximately 75% of his annual income," the statement added.

Because of the way the US tax system works, many of the country's wealthiest citizens pay very little, if any, in income taxes, according to ProPublica, while the report itself does not suggest any wrongdoing by the richest men, including Michael Bloomberg, ranked as #14 on Forbes' list of the wealthiest people.

IRS Investigating Data Leak Showing Musk, Bezos Among Other Richest Americans Evading Taxes
In 2018, he reportedly paid $70.7 million in taxes on $1.9 billion in earnings, a 3.7% "true tax rate," as the report called it. The federal income tax rate for the average American household is around 14%.

According to ProPublica, Bloomberg benefited from Trump-era tax cuts, charitable deductions, and credits for having paid overseas taxes.

According to the investigation, the whole discrepancy highlights a key element of the US tax code since wages and stock sales are both subject to taxation, but an increase in the value of an asset is not taxable because it is not considered income.