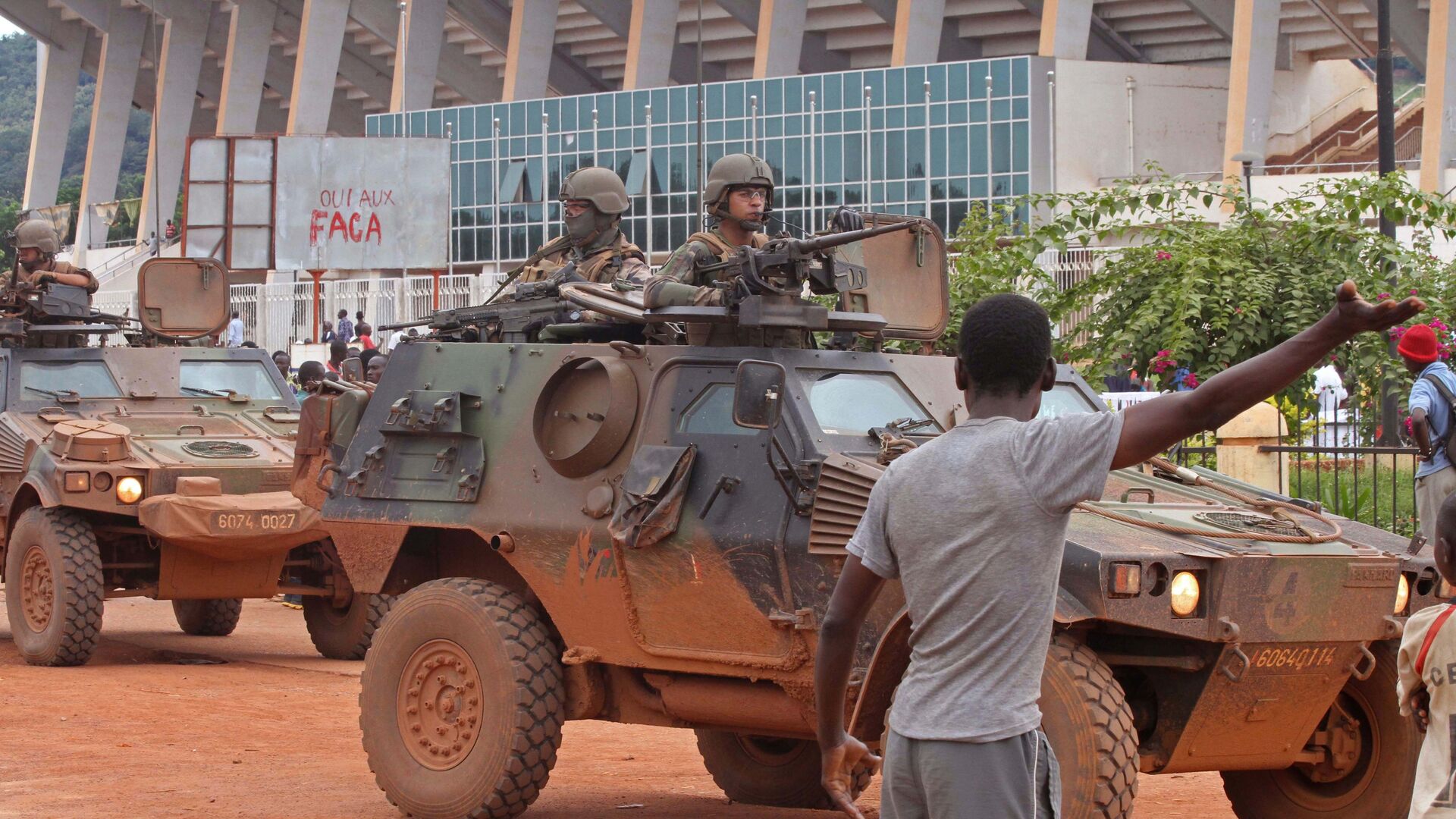 Morgan Artyukhina
All materialsWrite to the author
A French national arrested last month in the Central African Republic (CAR) has been charged with espionage just days after France cancelled a military training agreement with the country.

On Wednesday, CAR Attorney General Eric Didier Tambo said that Juan Remy Quignolot, 55, was accused of having helped and trained rebel fighters since 2013. He has been charged with espionage, illegal possession of military and hunting weapons, criminal association, harming domestic state security and conspiracy, according to Reuters.

Al Jazeera reported that Tambo didn’t explicitly mention either a country or an organization for whom Quignolot allegedly worked. He also didn’t say which group or groups Quignolot allegedly aided. Quignolot has denied the charges and the French government hasn’t commented on them.

​The CAR has been wracked by a series of civil wars since 2004, and since 2013, the Muslim Séléka rebel coalition that briefly seized power before being formally dissolved by leader Michel Djotodia after he lost control of it, has fought Antibalaka forces composed largely of Christian groups. In late 2013, as his support base collapsed, Djotodia appealed to France for help, which dispatched its seventh military mission to the country under the aegis of Operation Sangaris.

This mission ended in 2016, when presidential elections were held, but continued spats of violence have kept a United Nations peacekeeping mission and a European Union military training detachment in the country, as well as 300 French military advisors. However, on Tuesday, Paris suspended this cooperation agreement.

"A number of commitments made by the Central African authorities vis-à-vis France have not been kept," the French Ministry of the Armed Forces said, noting in particular that Bangui had not taken adequate measures to curb what it called “disinformation networks” that were “promoting well-identified interests who are used to targeting France’s presence and actions,” a thinly-veiled reference to Russia, to whom the CAR has turned in recent months for greater stability.

In December, the Russian Foreign Ministry announced that 300 military instructors had been dispatched to the CAR at the request of the government. In addition to the Russian experts, a total of 15,000 personnel - 11,000 of whom are soldiers - are also in the country as part of the United Nations Multidimensional Integrated Stabilization Mission in the Central African Republic (MINUSCA) peacekeeping force.

Also in December, Facebook said it had taken down two “government interference” campaigns in the CAR - “one French and one Russian” that were spreading disinformation “as a central part of their operations to mislead people about who they are and what they are doing, and that was the basis for our action.”

Moscow has not commented on the accusations and Paris has not denied them, but did say it would conduct an investigation.

Under the training deal, Paris supplied Bangui with $12.8 million toward its budget; this has now been ended, and the roughly 300 French troops not in the country as part of an international mission will leave.

The EU’s mission in CAR came under scrutiny in February by lawmakers in the European Parliament, who said that they could find no demonstrable improvement in the ability of the CAR government forces to fight after five years of EU training.

Diamonds are the CAR’s primary export, with industrial diamonds constituting 57% of its exports. It also exports timber and gold. In 2017, France, the former colonial ruler from which CAR won independence in 1960, was still the country’s largest export partner, accounting for 31.2% of all exports.