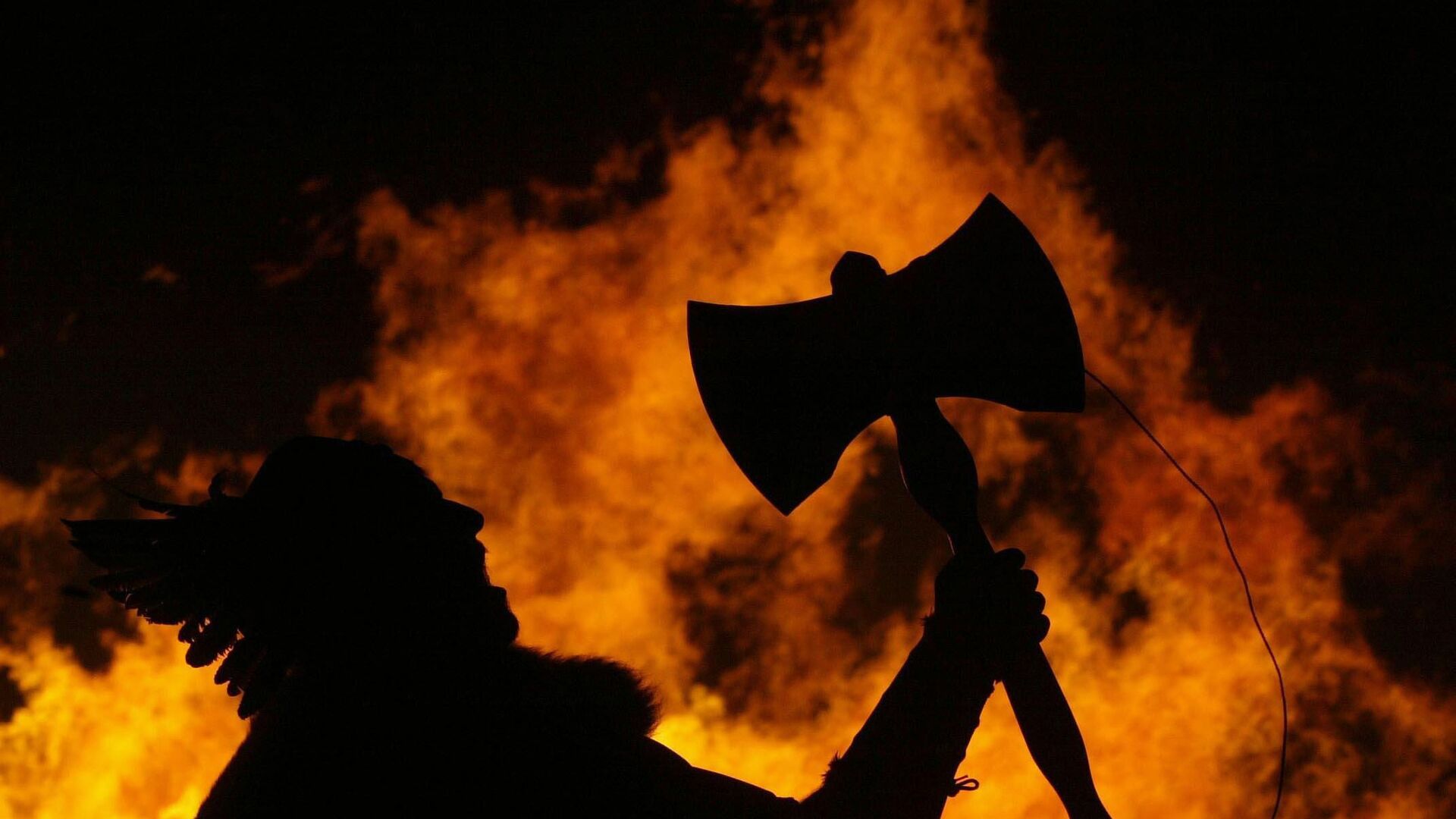 © AP Photo / MAURICE MCDONALD
Subscribe
International
India
Africa
Igor Kuznetsov
All materials
The remains of a so-called pit house from the Viking Age found under Stavanger Cathedral have shed a new light on the history of what now is seen as Norway's Oil Capital, suggesting an important role predating the completion of the massive church.

The ongoing extensive renovation of the Stavanger Cathedral, Norway's oldest, has resulted in a series of archaeological finds.

While first 73 graves and the remains of 65 individuals, as well as pig bones from the Viking Age were unearthed, subsequent excavations resulted in traces of a cellar-like pit house, which is partly underground and where the pit is formed by the floor and the walls of the house.

The idea of a pit house was to stay cool in the summer and warm in the winter.

“It may date from the end of the Viking Age or the beginning of the Middle Ages. If it really is a pit house from this period, it is a rare find for Rogaland [County]”, project manager at the Norwegian Institute for Cultural Heritage Research (NIKU) Halldis Hobæk told national broadcaster NRK, calling the find “very exciting”.

According to the research crew, the find may shed new light on how the city of Stavanger, now one of the country's largest, looked a thousand years ago.

Crucially, the pit houses were not residential houses, but rather workshops for specific crafts or buildings for various social activities. They are often associated with textile work such as spinning, weaving and sewing, which were traditionally considered women's activities. However, traces of metal work have also been found in pit houses.

Over the last decade, pit houses from the Late Iron Age have been found on Hove-Sørbø in Sandnes and at Sola church ruins. These places were considered high-status settlements, as crafts were apparently present there.

House of the Dead Unearthed in Norway Could Provide Deeper Insights Into Viking Age, Researchers Say
However, there is a different, more sinister version on what purpose the pit houses served.

According to Marte Mokkelbost, a field archaeologist at the NTNU Science Museum, they could be an arena for underground rituals.

“The pit house were located below the ground, and they may possibly have been linked to superstition and belief in the underground,” Mokkelbost explained.

According to Mokkelbost, the houses were gradually demolished towards the end of the Viking Age or the beginning of the Middle Ages.

Located on the Stavanger Peninsula in Southwest Norway, Stavanger counts its official founding year as 1125, the year the Stavanger Cathedral was completed, but was likely home to a prominent settlement before that. The city saw a rapid population growth in the late 20th century, primarily as a result of Norway's booming offshore oil industry, and even earned itself the nickname of Norway's Oil Capital.

The Stavanger Cathedral is Norway's oldest. The massive grey stone building was erected in long church style and seats about 800 people.