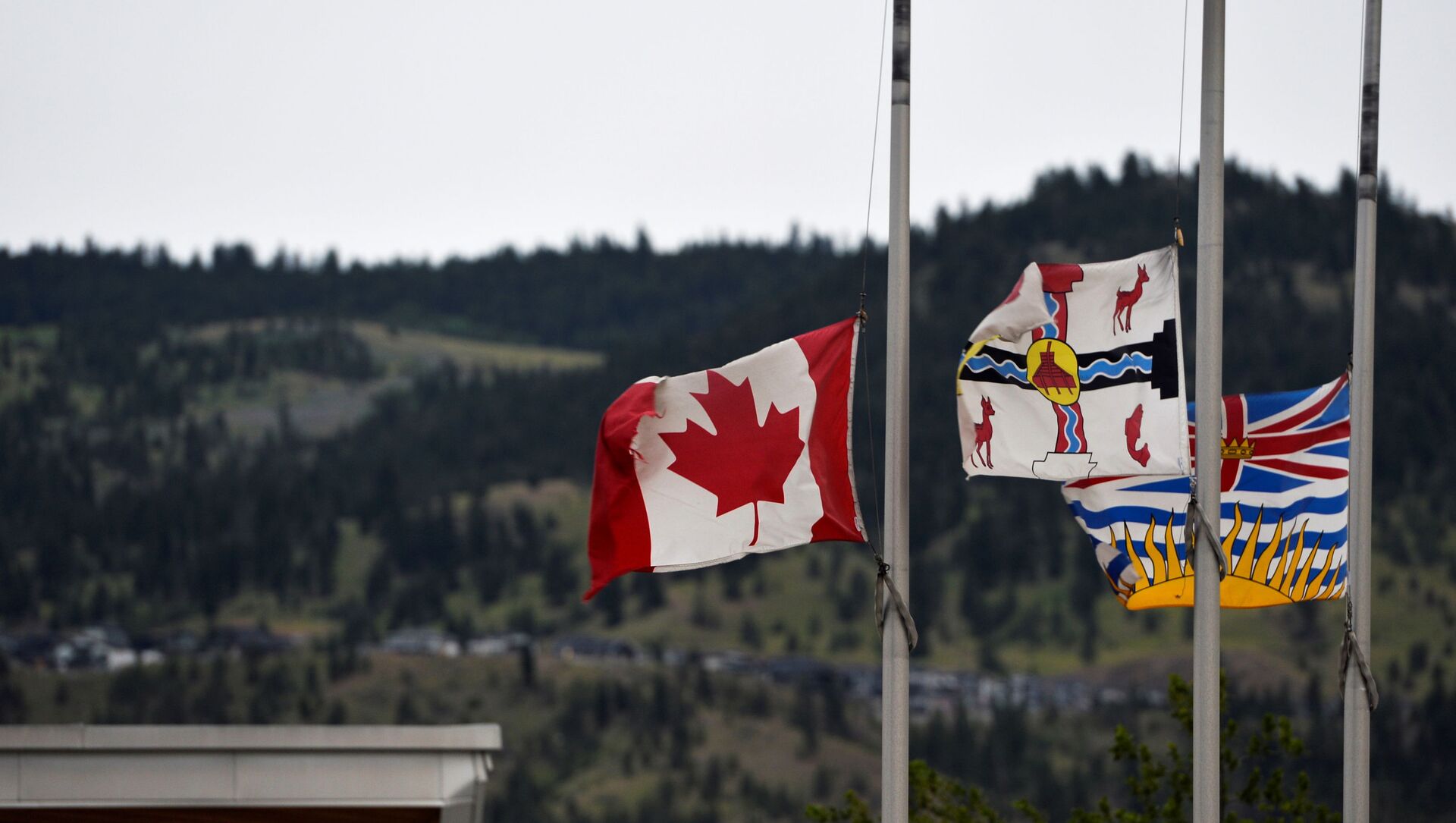 The world was shocked recently by the discovery of the graves of 215 children in the grounds of a former Indian school run by the Roman Catholic Church in Canada. But the deaths are just the tip of the iceberg, according to a lawyer who is suing the church.

Pope Francis this week said he felt "pain" after the remains of 215 children, some as young as three, were discovered in a mass grave in the grounds of what was once a Catholic school in Canada.

The children who died at the school in Kamloops, British Columbia, were all from indigenous tribes - what used to be known as Indians, but are nowadays referred to as “First Nations Canadians.”

Saa Hiil Thut, a survivor of the Kamloops school, told Reuters: "The Pope won’t say ‘you know what? I heard there were thousands of cases of physical and sexual abuse in those schools run by our church’. He won’t say that. He won’t say ‘There’s 215 children in an unmarked grave in Kamloops and probably every residential school in Canada’." 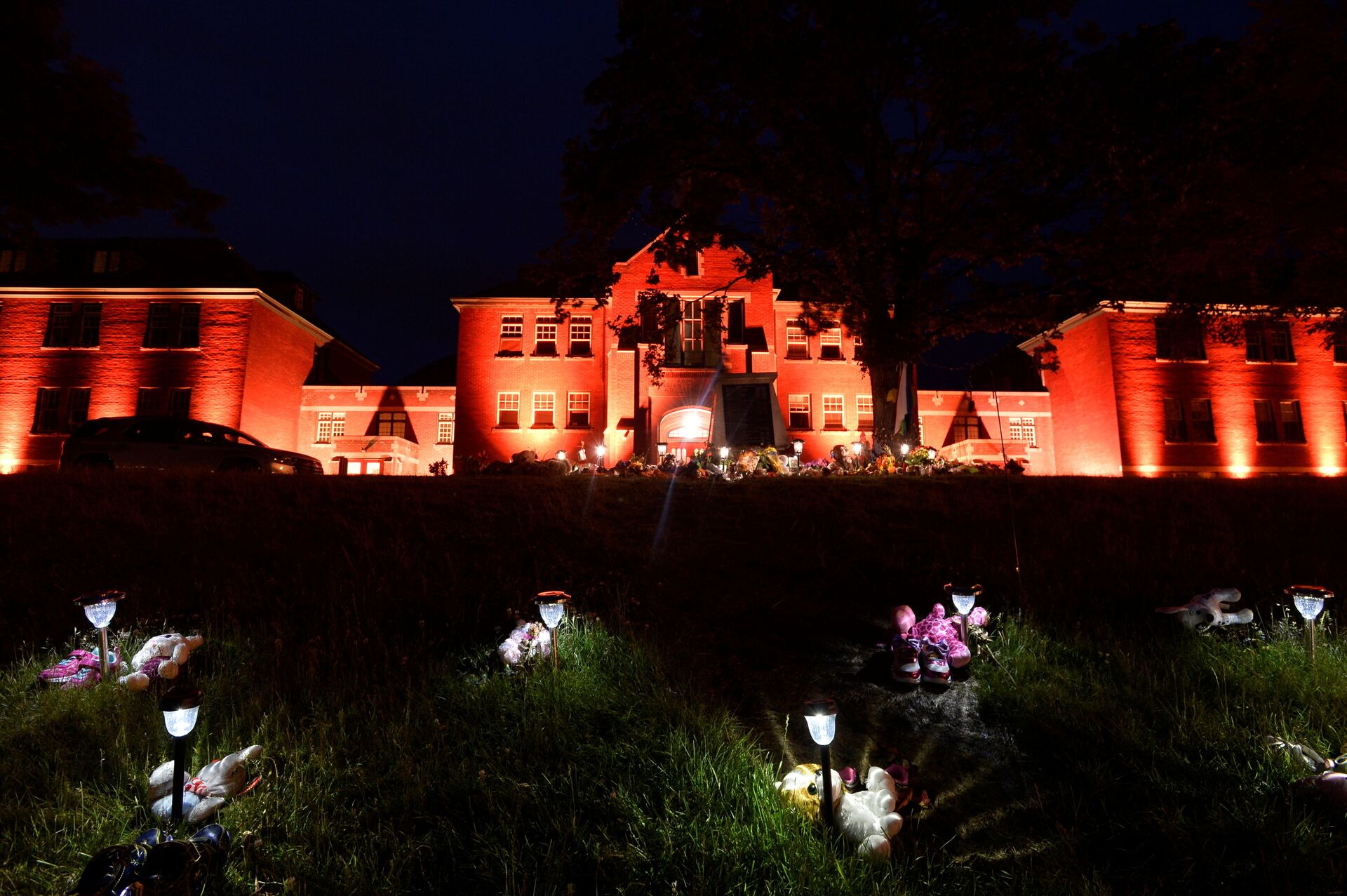 The former Kamloops Indian Residential School in Canada where the bodies of 215 children were found.
© REUTERS / JENNIFER GAUTHIER

Kamloops is not an isolated case.

It was operated by the Catholic church on behalf of the Canadian government from 1890 to 1969 and was the largest of 139 boarding schools set up all over Canada.

Around 150,000 indigenous children were taken from their parents on spurious grounds by federal and provincial governments and placed in Catholic-run institutions.

The boarding schools instilled western values and sought to erase traces of indigenous culture or beliefs.

Survivors say they were physically and sexually abused by priests and nuns.

Their hair was cut, they were forbidden to speak their traditional language and perform their dances and were forced to cut ties with families.

In the 1930s and 1940s Quebec, which was dominated by the Catholic church and a “clerical nationalist” politician called Maurice Duplessis, was at the forefront of this practice and it became known as La Grande Noirceur (The Great Darkness).

A pressure group, the Comité Les Enfants de la Grande Noirceur, has filed lawsuits and petitioned the federal and provincial governments, the United Nations and the Vatican, but all without success.

Dr Jonathan Levy, the group’s lawyer, said: “The Kamloops tragedy may provide the catalyst for a final accounting of the grave sites we know about.  The federal and provincial government have shown no appetite for this project, but these child victims deserve better than to be unaccounted for in unmarked graves.”

On Sunday, 6 June, the Argentinian-born Pontiff said: “I follow with pain the news coming from Canada about the shocking discovery of the remains of 215 children.”

“I unite with the Canadian bishops and the entire Catholic Church in Canada in expressing my solidarity with the Canadian people traumatised by this shocking news. The sad discovery further increases awareness of the pain and suffering of the past,” the Pope added.

But Dr Levy told Sputnik the Pope had deliberately stopped short of an apology.

He said: “The Vatican is trying to avoid liability. They are playing a game with the Canadian government. (Prime Minister Justin) Trudeau says the Pope should apologise. He’s saying the right things but in reality he’s not doing much.” 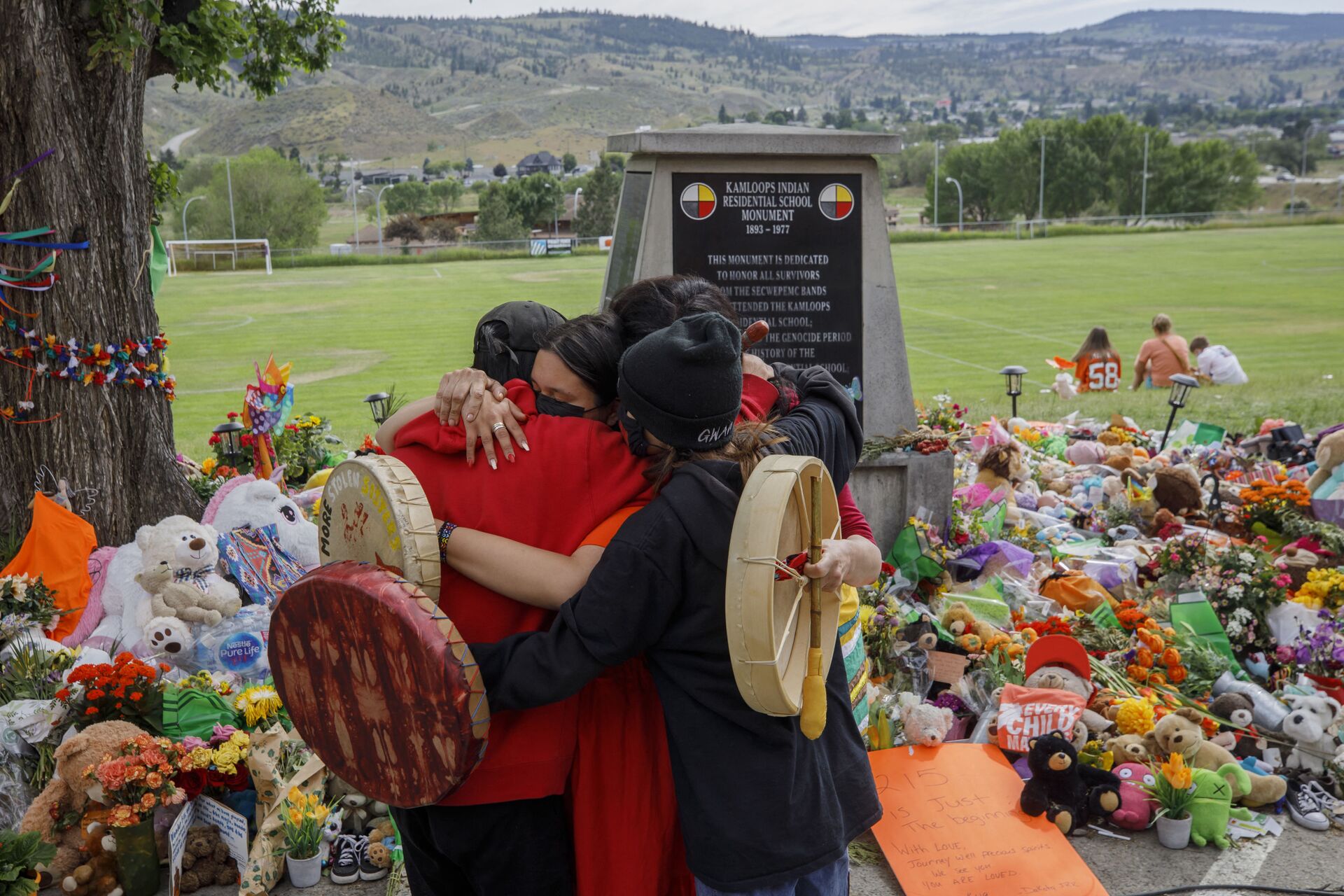 People from Mosakahiken Cree Nation hug in front of a makeshift memorial at the former Kamloops Indian Residential School to honour the 215 children whose remains have been discovered buried near the facility,
© AFP 2022 / COLE BURSTON

Dr Levy said the Canadian federal government and the governments of Quebec and other provinces such as Newfoundland were all culpable because they took the children from their parents in the first place and then entrusted them with the Catholic Church.

Trudeau has promised "concrete action" and on Friday, 4 June, he said: "Before we have to start taking the Catholic Church to court, I am very hopeful that religious leaders will understand that this is something they need to participate in.”

But campaigners believe the Canadian government and the Catholic Church have a mutual interest in ignoring the issue.

Indian Tribes Were 'In the Way'

Dr Levy said the indigenous tribes were an inconvenient obstacle to the founders of the dominion of Canada, which had swallowed French-speaking Quebec after the British defeated the French in battle in 1759.

He said: “In the 19th century the policy was similar to the United States. They wanted to exterminate them or diminish them so they could exploit the forestry and oil on their land.”

Dr Levy said by the turn of the 20th century the Canadian authorities had turned to slightly more subtle methods to erase the indigenous people.

“The idea was to set up these residential schools, or Indian schools, and to use them to perform cultural genocide,” he said.

Dr Levy said mortality rates among the children were high because of disease, neglect and abuse.

“The dark legacy of state-sponsored juvenile abuse was also part of the social fabric of Quebec from the 1930s to the 1960s when approximately 100,000 foster children were victimised by neglect, medical experimentation, electroshock and abuse in province sanctioned, Catholic Church run facilities,” he said. 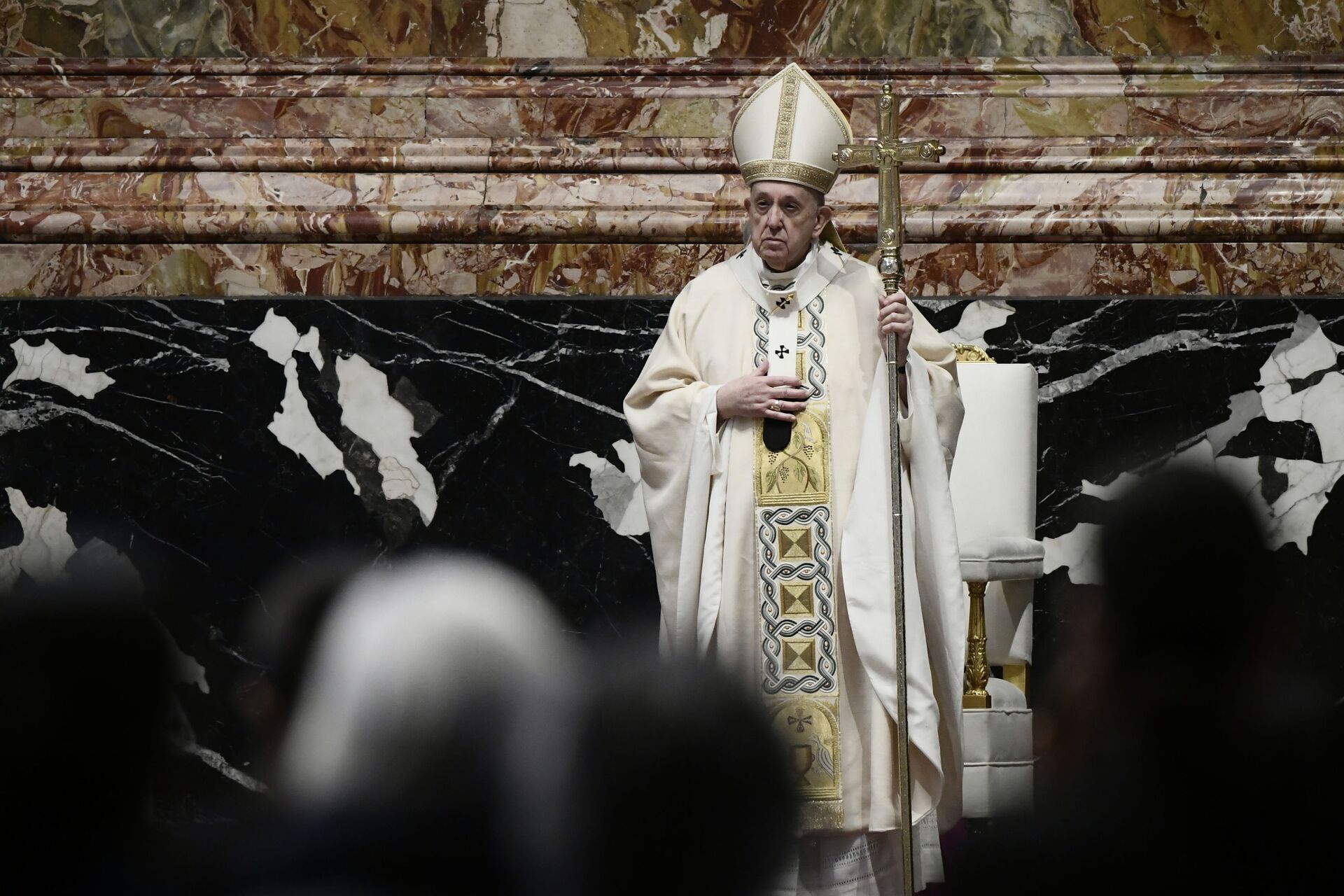 Children of single mothers and of partial First Nations parentage were targeted and parents were promised the children would receive a good education from the Catholic Church.

The Quebec government even had a financial incentive.

The federal government paid it to care for the children - who later became known as the Duplessis Orphans - and they outsourced the job to the Catholic Church.

Quebec was paid C$1.25 a day for orphans but C$2.75 for psychiatric patients so the provincial government would often reclassify the children as mentally ill in order to make a bigger profit.

A Canadian truth and reconciliation commission has made dozens of recommendations, including a full apology from the Vatican.

Dr Levy said there were many more mass graves like Kamloops but the Catholic Church was obstructing a proper investigation.

“The Catholic Church knows where these graves are. But it has been concealing them. The Canadians can dig up graves in Bosnia but not in their own country,” he argued.

Dr Levy said while the hunt is still going on for Nazi war criminals who committed crimes in the 1940s there is “no appetite” in Canada to prosecute those whose crimes dated from the 1960s. “Investigating your own is different to investigating Nazis,” concluded Dr Levy.