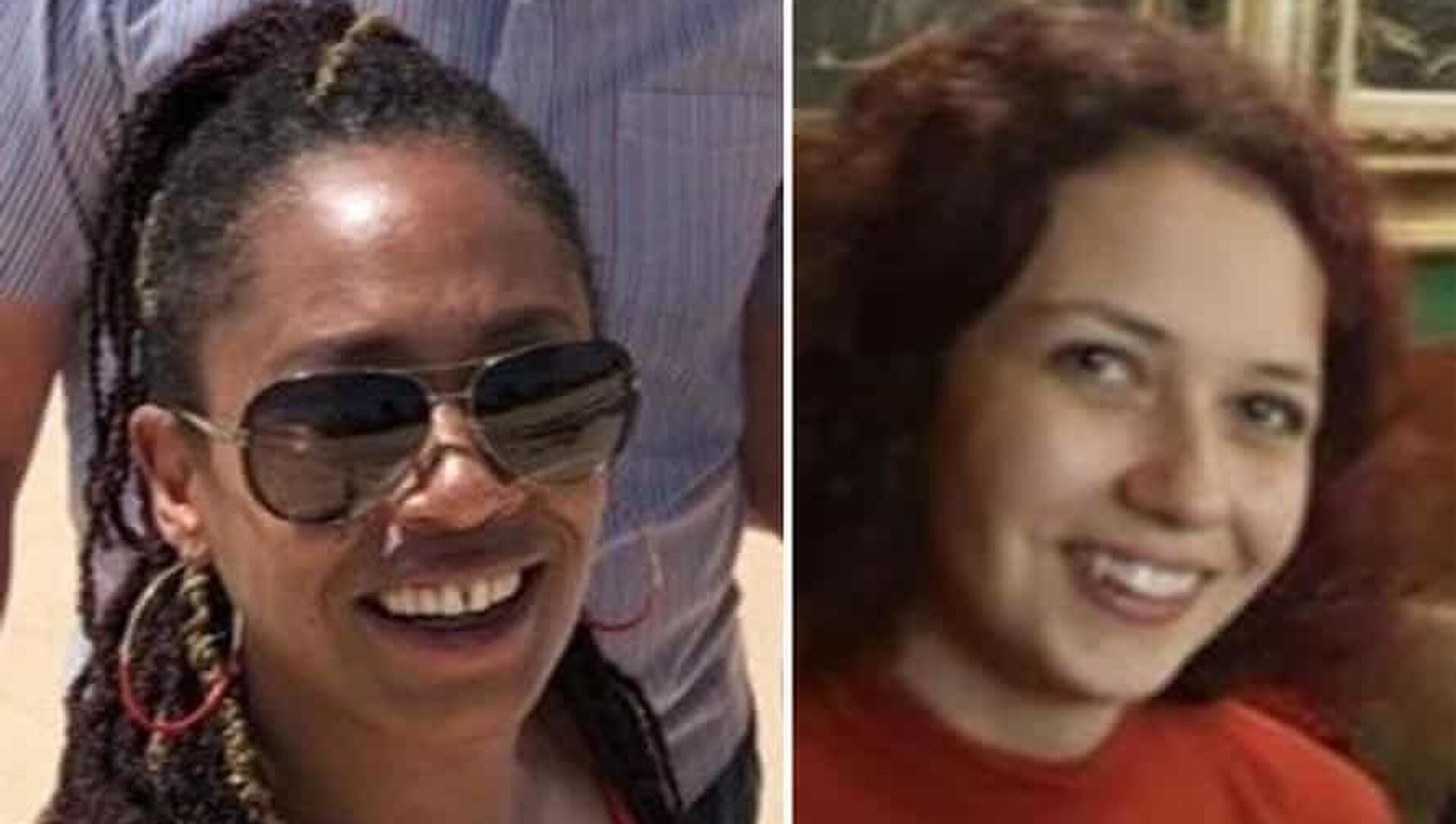 In June 2020 Nicole Smallman and her sister Bibaa Henry were stabbed to death as they celebrated the latter’s birthday in Fryent Country Park in north west London. The murders took place during the first coronavirus lockdown, when pubs and restaurants were closed.

Two sisters were stabbed to death by a teenager who had made a contract with a "demon" and hoped their “sacrifice” would enable him to win the National Lottery, a jury has been told.

Danyal Hussein, 19, from Blackheath, south London, denies both murders and a count of possession of an offensive weapon.

Oliver Glasgow QC told the Old Bailey the sisters were “brutally” stabbed to death in the early hours of Saturday 6 June 2020.

BREAKING: Sisters Bibaa Henry and Nicole Smallman were "butchered" at a birthday celebration in a Wembley park by Danyal Hussein, who made a pact with "a demon in which he promised to sacrifice women in order to win the lottery", Old Bailey murder trial hears.

​Nicole Smallman, 27, a hospitality industry worker from Harrow, and her sister Bibaa Henry, 46, a social worker from Wembley, were among a group of around 10 people who congregated in the park from around 7pm on Friday 5 June to celebrate Bibaa’s birthday.

Park Chosen As Venue Because Of Lockdown Restrictions

Mr Glasgow said: "As a result of the restrictions imposed as part of the first phase of lockdown, the only way that they could meet up as a group was to do so outdoors and so they had chosen Fryent Country Park
as a venue...The plan was for the group to share a drink and to watch the sun as it set across west London and the outlying suburbs. The gathering was a success and all those who were invited had a good time. Bibaa Henry and Nicole Smallman enjoyed themselves so much that they decided to stay on in the park after their
guests had left."

But Mr Glasgow said in the early hours of the morning they were “taken by surprise” when Hussein attacked them. 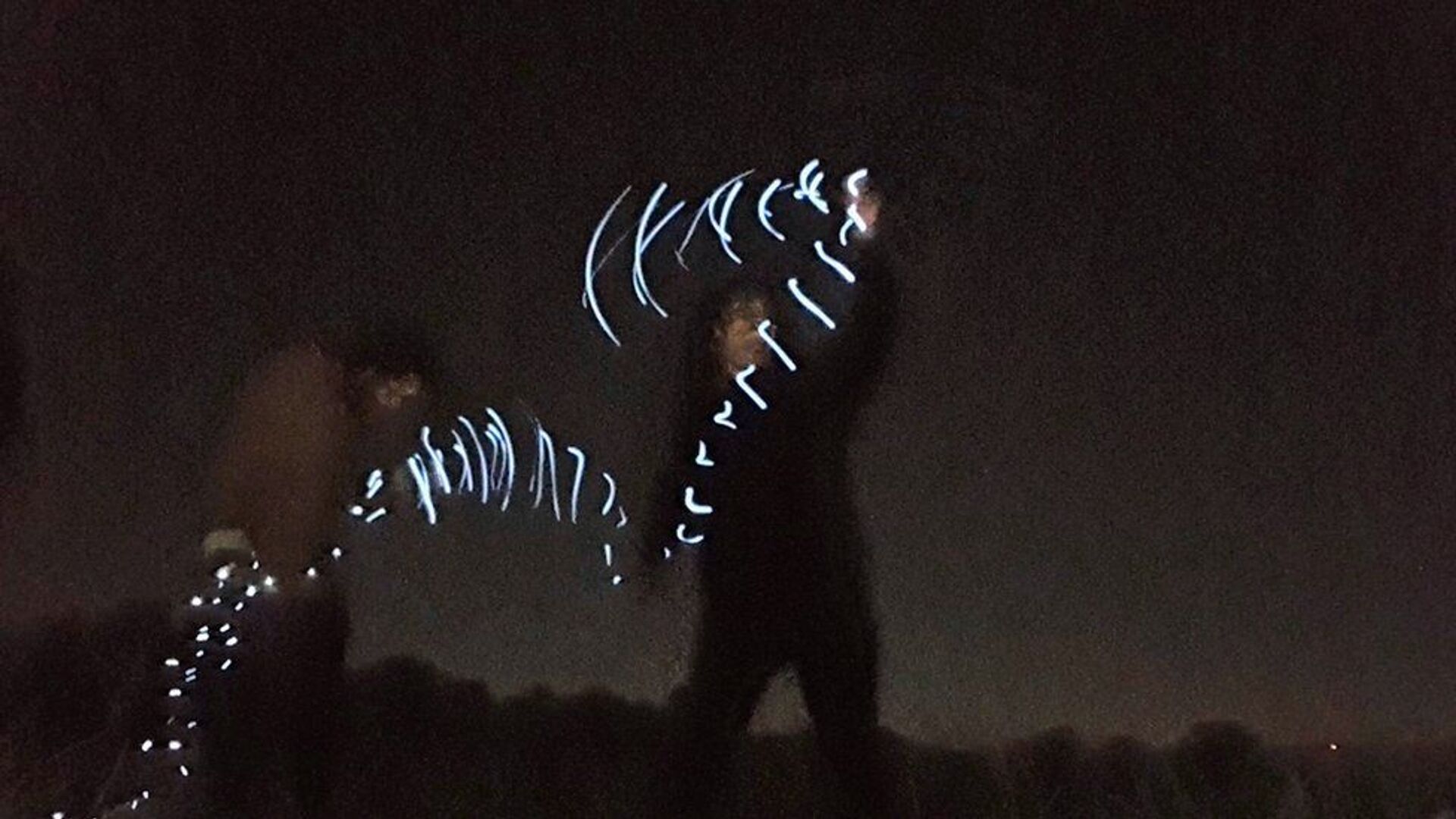 After their friends left Nicole Smallman and her sister played with fairy lights until moments before they were killed
© Photo : Metropolitan Police

The killer then concealed both bodies in the undergrowth.

The sisters were both reported as missing to police on the Saturday night when they did not return home.

The following morning two friends went back to the park to look for them.

A teenager who killed two sisters in a park in London had made a pact with a demon promising to “sacrifice women” in order to win the lottery, a court has heard.

He denies the charges. pic.twitter.com/M47hRgubij

Mr Glasgow said the two women both wore glasses and both pairs were found in the park. Then one of the friends, Adam Stone, found their bodies in the bushes.

He said DNA evidence and CCTV footage led to police identifying Hussein as the killer.

The prosecutor said at Hussein's home police found a handwritten contract with a demon.

Mr Glasgow said: “He promised to sacrifice women in order to win the lottery and not to be suspected of the crimes he had committed. It would appear that the defendant had confidence that his plan would work since following the fatal attacks upon Bibaa Henry and Nicole Smallman, the defendant purchased several lottery tickets and there were three lottery tickets folded up inside the note.

"As it turned out, the demon did not come good on the bargain, since not only did the defendant not win the lottery but the police identified all the evidence that links him to these two murders."

Defendant Says He Is Victim Of 'Conspiracy'

Mr Glasgow said the defendant denies the murders and is expected to claim the evidence against him is part of a “conspiracy.”

Hussain will claim he himself was attacked and stabbed during a robbery on the same night the women died and that he had nothing to do with their deaths, said Mr Glasgow.

Mr Glasgow said Hussain lived in Eltham, south London, but that weekend he was staying with his father in Kingsbury, not far from the scene of the murders.

He said two days before the killings Hussein was caught on CCTV entering Asda supermarket in Colindale, where he bought a set of knives. Hussein denies he is the person seen in the CCTV footage.

Mr Glasgow said Hussein brought his passport with him to prove his age in order to buy the knives and he also had to remove his COVID-19 face mask in order to be identified by the shop assistant.

Mr Glasgow described the "contract" with the demon which was found in Hussein’s bedroom at his mother’s home.

He said: "Laid out on a glass table in his bedroom was found a handwritten note that set out his plan to kill and what he hoped to achieve. The note, which has his finger and thumb prints upon it, and is signed in his name and using his blood for ink, sets out his plan to “sacrifice” six women every six months and, in exchange, to win the Mega Millions Super Jackpot and never to be suspected of any crime he has committed."

Mr Glasgow said: "The defendant does not accept that he wrote this document and it will be for you to decide whether he did and, if he did, what relevance it has to the murders. Given it was found in his bedroom, has his finger and thumb prints upon it, and is signed in his name and in his blood, the identity of the author may not prove difficult to discern. What is also apparent is that the defendant took this note seriously since, tucked inside that note were three lottery tickets, which were doubtless purchased in the hope that his plan might work. Evidently, he believed that if he 'sacrificed' women he would win the lottery."

The trial is expected to last for four weeks.