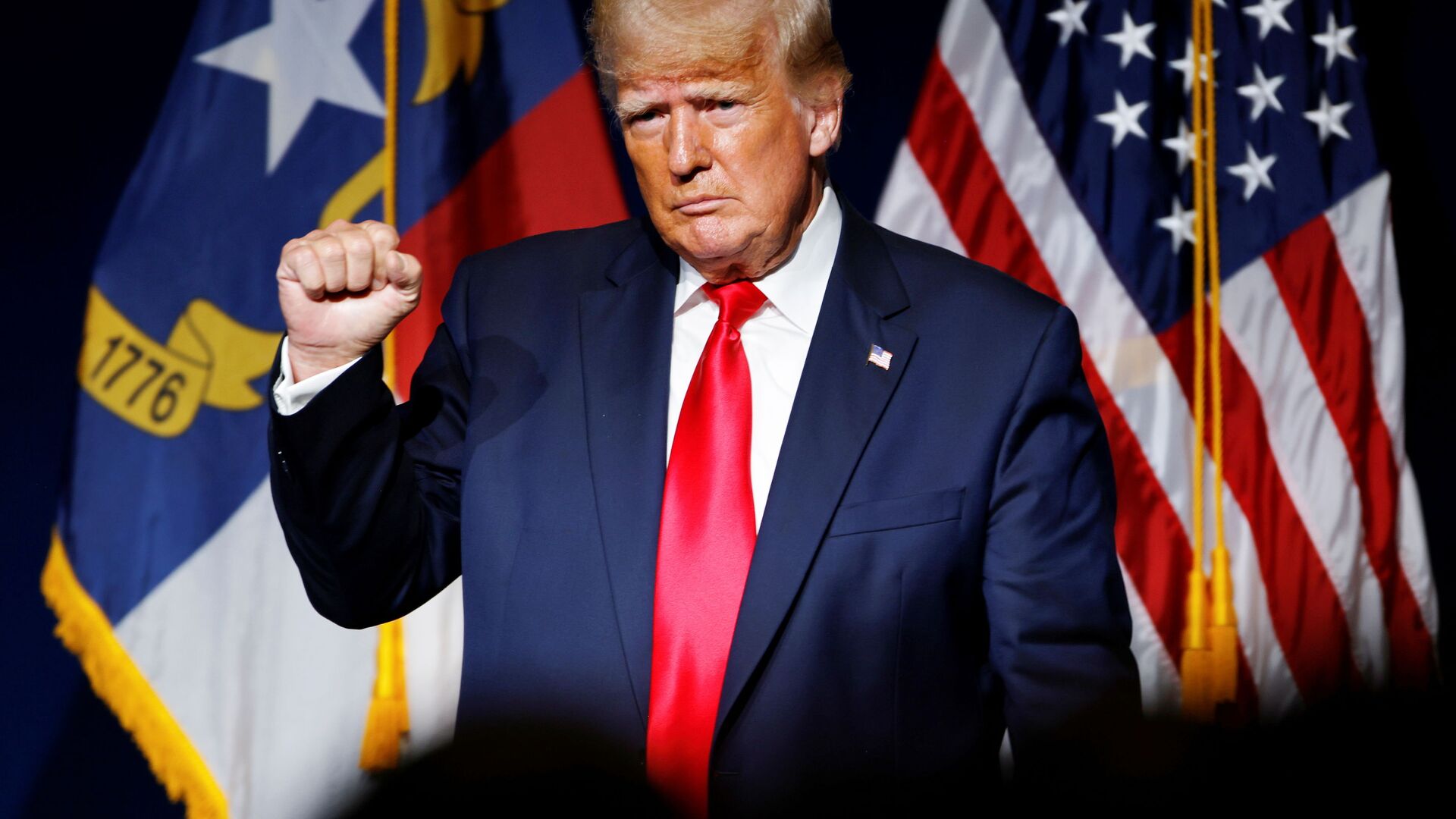 © REUTERS / JONATHAN DRAKE
Subscribe
International
India
Africa
Kirill Kurevlev
Managing Editor
All materialsWrite to the author
The former president himself has been banned from Facebook and Twitter, among other networks, following accusations that his statements and social media posts contributed to the Capitol Hill mayhem on January 6.

In a new statement released on Tuesday, former US President Donald Trump congratulated Nigeria for banning Twitter and expressed the view that more and more countries should do the same with Twitter and Facebook for "not allowing free and open speech."

Trump also said that he believes competing companies will successfully occupy a niche, while he reflected on whether he should have banned the platforms before.

"Who are they to dictate good and evil if they themselves are evil? Perhaps I should have done it while I was President. But Zuckerberg kept calling me and coming to the White House for dinner telling me how great I was," Trump argued.

He rhetorically asked at the end of the statement: "2024?" apparently hinting at his possible presidential bid.

Last week Trump also commented on Facebook's Oversight Board's decision to replace an indefinite ban with a two-year one due to the fact that the initial measure exceeded the scope of the platform's typical penalties. The current suspension will end on January 7, 2023. Facebook's vice president of global affairs, Nick Clegg, declared that the company will examine Trump's ban to "assess whether the risk to public safety has receded."

Trump said in his corresponding statement that he considered the ruling to be "an insult to the record-setting 75M people, plus many others, who voted for us" in the 2020 presidential election. He also hit out at Facebook's CEO yet again.

"Next time I'm in the White House there will be no more dinners, at his request, with Mark Zuckerberg and his wife," Trump pledged. "It will be all business!"

Last month, Twitter also suspended the "From the Desk of Donald J. Trump" account just a little over a day from when Trump launched his personal "communications platform," which was a personal blog, which in turn was shut down earlier this month.

The former president's battle with mainstream social media does not seem to be over, as his aides have already hinted at "broader efforts we have and are working on," apparently in delivering Trump's messages and remarks to a wider audience.