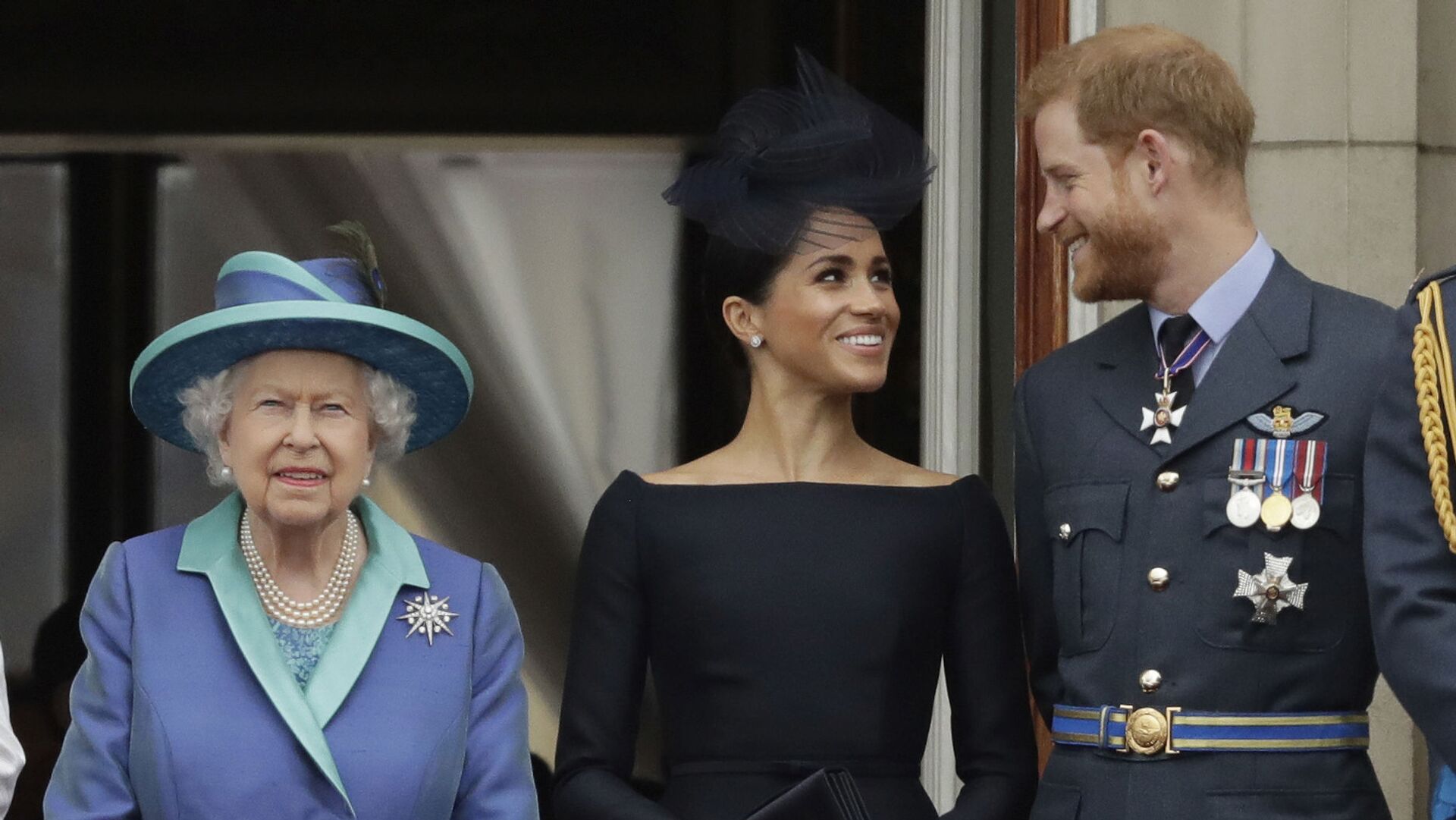 Aleksandra Serebriakova
Moscow-based Sputnik correspondent specializing in foreign affairs.
All materialsWrite to the author
The Duke and Duchess of Sussex have spent the last few months sharing their troubles in the royal household, which has reportedly stirred hard feelings at Buckingham Palace. So the decision to name their newborn Lilibet ‘Lili’ Diana after the head of the royal family, Queen Elizabeth II, left many annoyed.

Unlike many royal analysts, Australian columnist Angela Mollard does not see Prince Harry and Meghan Markle’s decision to name their baby daughter using the Queen’s private nickname ‘Lilibet’ as simply an olive branch after months of ‘truth-bombing’, but rather some kind of an elaborate strategy.

During The Morning Show on Wednesday, Mollard claimed that the couple wanted to make sure that they are always linked to the palace, whatever happens next – and the Queen apparently could have done little about this. The Sussexes would have simply complained to US media about her unwillingness, the expert suggested, in a reference to their scandalous sit-down with Oprah Winfrey in March that reportedly left the royal family “reeling”.

“I imagine they used the name Lilibet to secure the brand, the Sussex brand, to make that connection to the palace,” the journalist told the programme’s hosts.

“It's a personal name. It's a name that Philip obviously called Elizabeth. It's too close. But could you imagine if the Queen had said no, they could have gone on Oprah and ‘Yeah, she wouldn't let us use that name’,” Mollard argued.

Meanwhile, she was ready to acknowledge that Harry was craving the name Lili for a long period of time, amid reports that he had also previously informed the Queen about his wish to name his kids after her due to their close relationship, even before he met Meghan. But Mollard believes that after weeks of targeting the royal family in a series of interviews, including Prince Harry’s co-produced documentary ‘The Me You Can’t See’, it was pretty bizarre to use the personal moniker of the head of the institution to name their newborn.

“When you trounce your grandmother for her poor parenting and then you go and take her name, it's not a great look,” Mollard added. “To have [used the name Lilibet] so soon after criticising the monarchy, it just doesn't fit with me.” 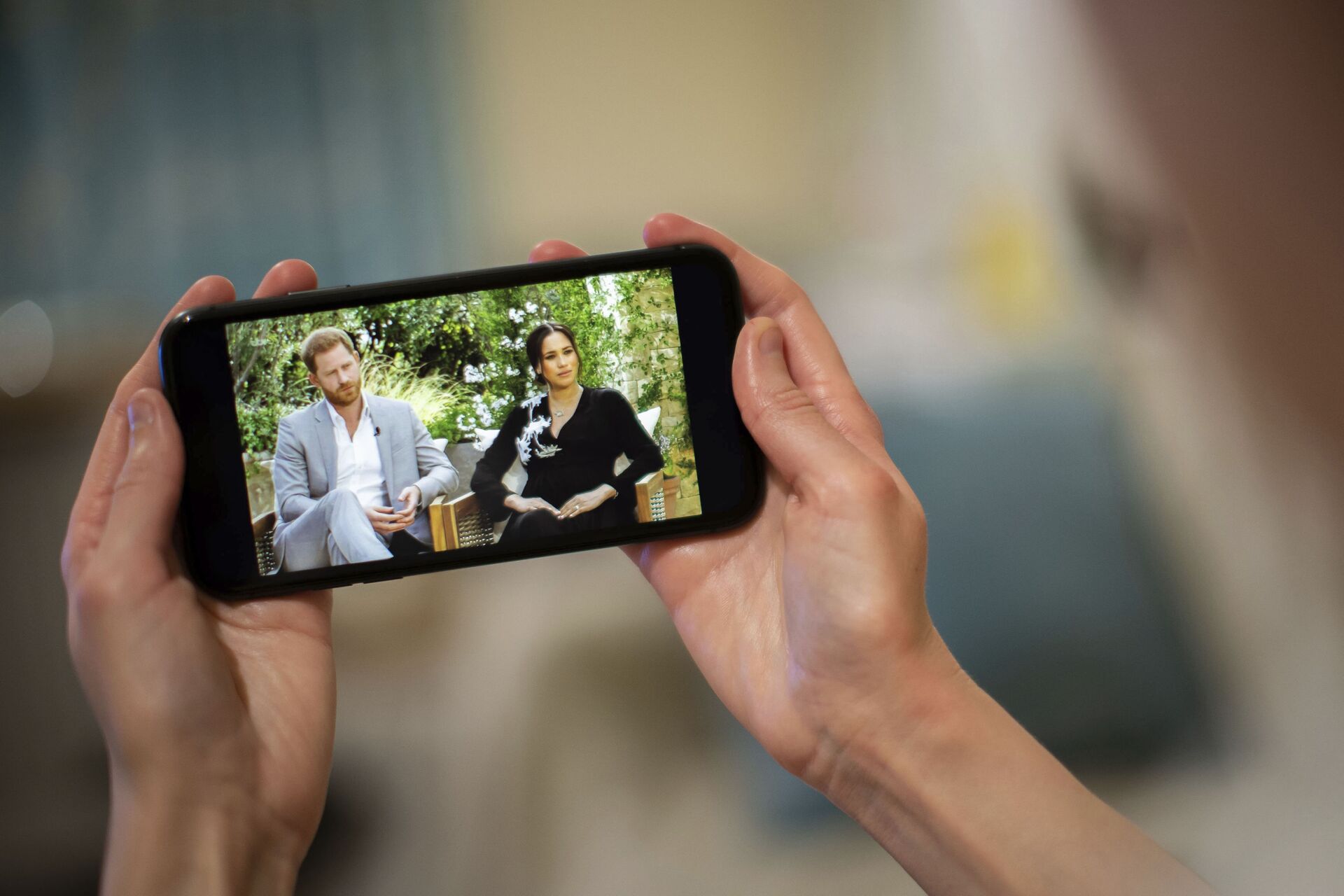 A man watches a phone screen showing an interview of Prince Harry and Meghan, The Duchess of Sussex, by Oprah Winfrey, in London Monday, March 8, 2021.
© AP Photo / Aaron Chown

Appearing on ‘The Me You Can’t See’, which premiered last month, Harry grilled his dad for allowing his children to “suffer” from the media attention following the death of their mother Prince Diana, who would have turned 60 next month. The runaway prince also expressed some bitter sentiment that his and his wife’s mental health struggles were not simply neglected but effectively “silenced” by the ‘Firm’.

“That feeling of being trapped within the family is ... There was no option to leave. Eventually, when I made that decision for my family, I was still told you can't do this,” Harry claimed in the documentary.

The Duke and Duchess of Sussex announced their decision to quit their senior royal posts in January 2020 and soon relocated to California with their son Archie. On 4 June, Meghan gave birth to their second child, Lilibet ‘Lili’ Diana Mountbatten-Windsor, saying that the girl was “more than we could have ever imagined”, leaving the Queen “delighted” with the news.

Despite reports that Harry and Meghan hadn’t consulted with Her Majesty about naming their child in her honour, the Sussexes spokesperson told the BBC that the Queen was actually “the first family member” Harry called following Lilibet’s birth.

"During that conversation, he shared their hope of naming their daughter Lilibet in her honour. Had she not been supportive, they would not have used the name,” the spokesperson said.

According to the Daily Mail, the couple is now threatening the BBC with "legal action" over their initial report that the Queen was "never asked" her opinion about the baby's name.

Meanwhile, a petition asking Prince Harry to voluntarily give up his royal titles has been gaining popularity among Britons.