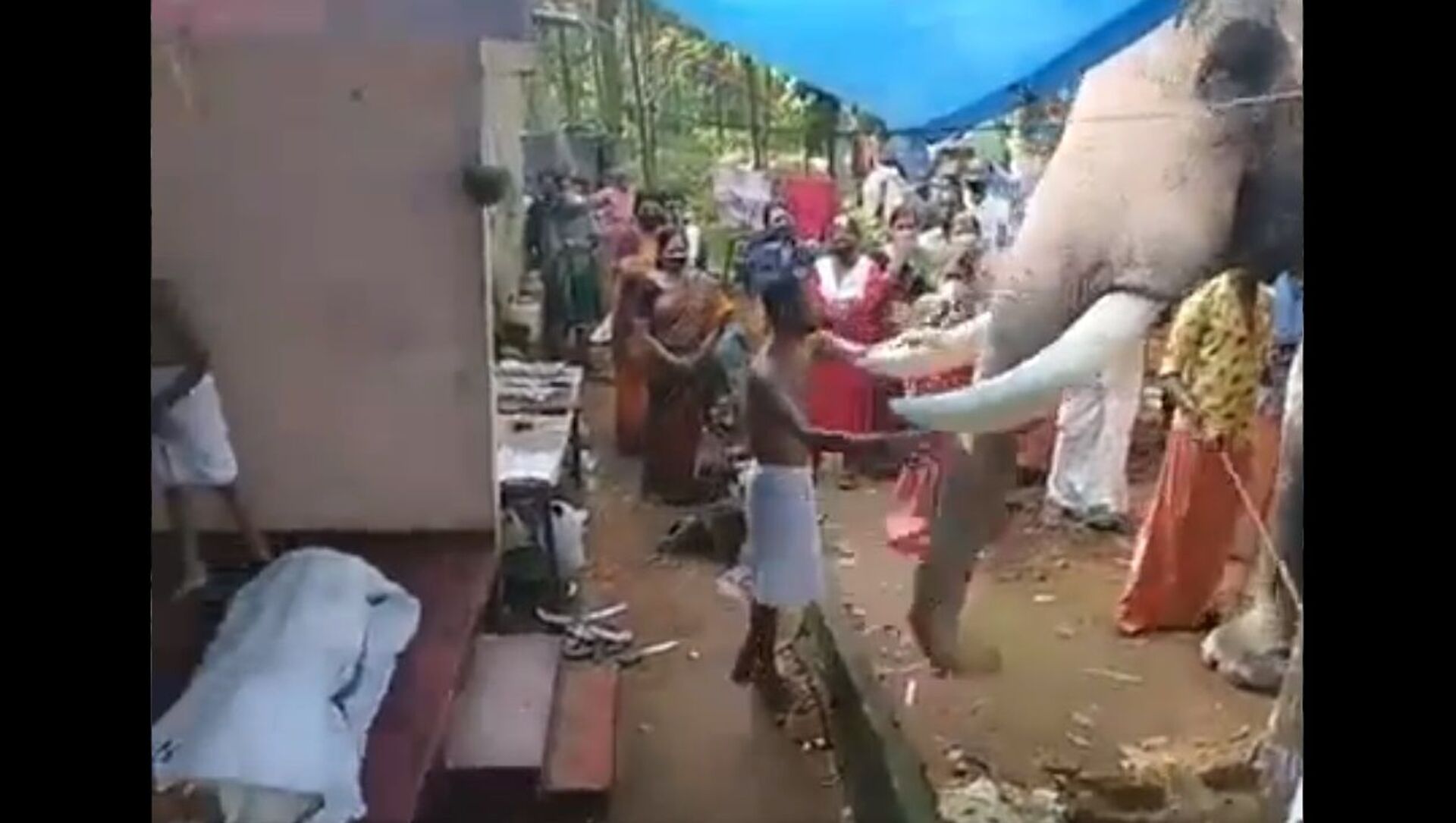 Radhika Parashar
All materialsWrite to the author
Animal experts from around the world have described elephants as “selfless gentle giants”. Some studies also claim that elephants view humans as "cute", in the same way that humans get all sentimental about puppies or kittens. Stories of these vast mammals co-existing in love with humans often make headlines.

An elephant in the southern Indian state of Kerala, recently walked 15 miles in scorching heat to bid a final farewell to his human friend. The heart-breaking story has engulfed the internet in India.

Damodaran Nair, alias Omanachettan, was a mahout - someone who trains and looks after elephants - and had been doing his job for 60 years. He was a resident of Kerala’s Kottayam district and one of the elephants he had raised was named "Pallattu Brahmadathan".

From Pakistan to Cambodia, American Singer Cher Escorts ‘World Loneliest Elephant’ To Its New Home
India's media reported that, according to locals, Nair, who had been suffering from cancer and who died last week, had forged a special bond with Brahmadathan-the-elephant.

As part of the funeral rites, Nair’s remains were carried to the cremation ground in a procession consisting of his friends and family. But Brahmadathan also joined them to say goodbye to his friend.

In a tear-jerking video posted on Twitter by Parveen Kaswan - an Indian Forest Service officer - the elephant can be seen touching Nair’s body with his trunk - an act which moves all present in the crematorium to tears.

Elephants are beloved creatures in Kerala, and are considered a symbol of divinity and royalty in the state, a study by the organisation World Animal Protection says. Elephants are raised by wealthy families as well as several temples in the state.