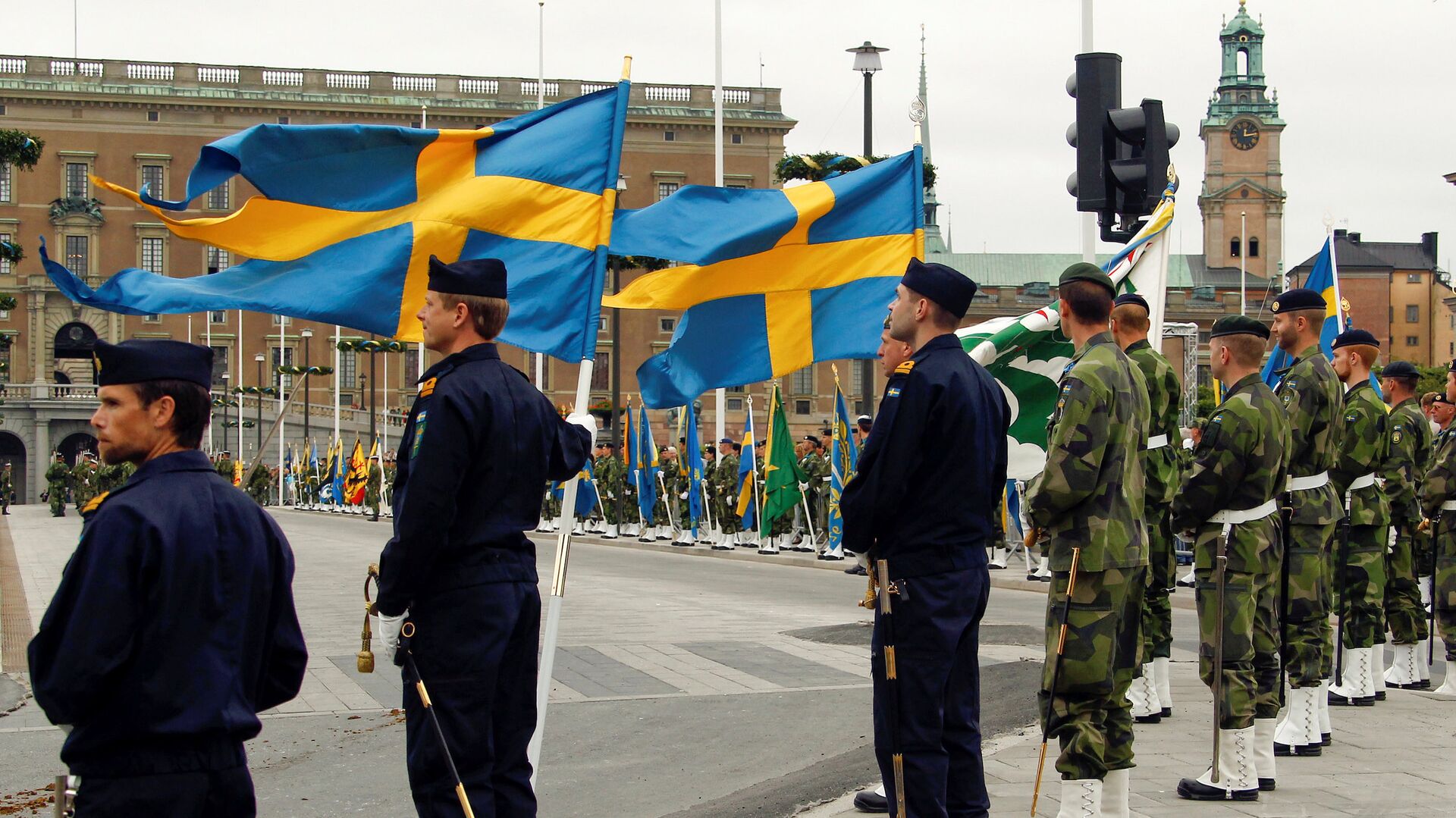 © AFP 2023 / Fabrizio Bensch
Subscribe
International
India
Africa
Igor Kuznetsov
All materials
Sweden has recently seen a unique uptick in violent crime and has in a matter of several decades moved from the bottom to the top in the EU statistics for fatal shootings each year, clearly going against the overall tendency towards less violence.

An overwhelming majority of Swedes support the recent proposal aired by the liberal-conservative Moderate Party to task the military with assisting the police in combatting violent crime.

As many as 78 percent of respondents in a recent study by the Gothenburg-based SOM Institute argued that this was a worthy application of military force. Wholly 54 percent called it a “very important task” for the Armed Forces to assist the police in efforts against serious crime, the newspaper Dagens Nyheter reported.

Since the operation in Ådalen in 1931, when five striking workers were shot dead by the military under police command, cooperation between the police and the military has been a sensitive issue in Sweden. As of now, it is also prohibited under the Ordinance on the Armed Forces' support for civilian activities.

However, the survey revealed that military assistance to the police has much greater support among the population than some of the tasks the Armed Forces are engaged in today.

For instance, merely 34 percent and 39 percent, respectively, believe that it is a very important task for the Armed Forces to participate in UN peacekeeping operations and humanitarian aid operations in other countries.

With regard to other tasks that the current Armed Forces does not engage in, there is very little support for preventing other countries' leaders from using force against protesting citizens or carrying out operations to depose leaders in dictatorships, where only 21 percent and 11 percent consider it a very important task for the Armed Forces.

By contrast, the majority of Swedes (73 percent) argued that the most important function of the military is to protect central societal functions against terrorist attacks, followed by defending Sweden's borders against threats from other countries and assisting civilian authorities in crisis situations, which 60 percent of respondents subscribed to.

Following the recent wave of violence that swept the blighted and immigrant-heavy Gothenburg suburb of Hjällbo, which has been subject to gangland wars and clan feuds, the liberal-conservative Moderates, Sweden's largest opposition party, have suggested deploying the military to assist the heavily underfunded police force.

Among others, Gothenburg municipal councillor Hampus Magnusson suggested that the military has relevant training in setting up roadblocks or searching vehicles.

In recent decades, Sweden has seen an uptick in violent crime and gradually moved from bottom to top among EU nations in terms of fatal shooting statistics each year, placing the once-peaceful Scandinavian country second behind only Croatia. A recent report by the country's Crime Prevention Council (Brå) called this trend unique.

Noting that eight out of ten fatal shootings in Sweden take place in a criminal environment, Brå linked the shootings to illegal drug trafficking, criminal groups, and a general lack of trust in the police.