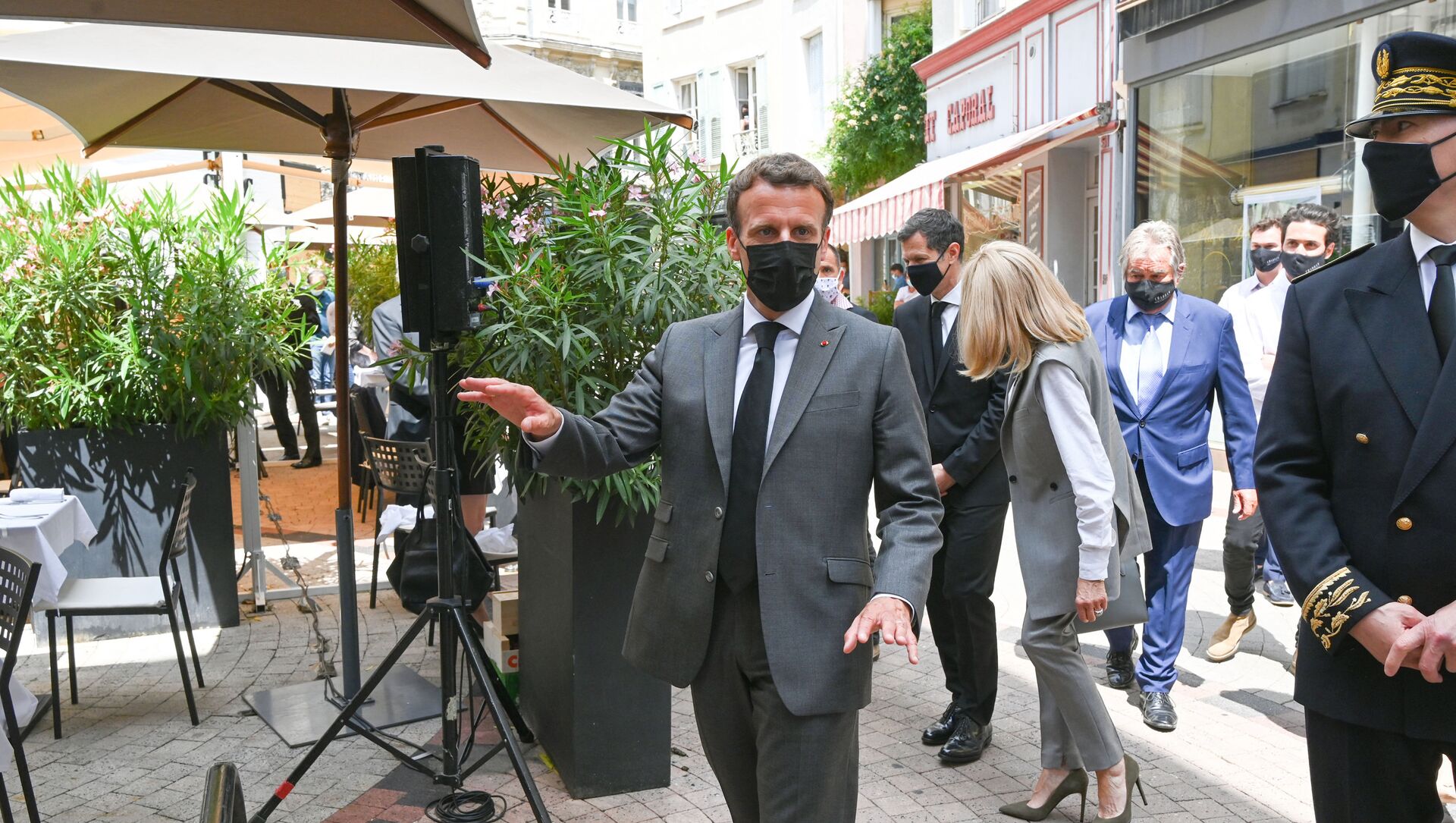 © AFP 2023 / PHILIPPE DESMAZES
Subscribe
International
India
Africa
Ilya Tsukanov
All materialsWrite to the author
The French president began a grand tour of France last week ahead of regional elections and next year's presidential vote, with the trip expected to include around a dozen stops over the next two months.

French President Emmanuel Macron received an unpleasant welcome during a tour of a village in the department of Drome, southeastern France on Tuesday, when an unidentified man slapped him in the face as he approached local residents to shake hands.

The incident was caught on camera as a bearded man wearing glasses and a face mask slapping the president hard on his left cheek. Macron's security detail immediately rushed in to detain the man, with local gendarmerie also stepping in to assist.

Elysee Palace later confirmed to local media that the incident took place and indicated that two people were arrested in connection with the altercation.

It's not immediately clear what specific grievances prompted the man to attack Macron, with the individual shouting "Down with Macronie!" shortly before slapping the president.

French media later described the attacker as an "anarchist."

Later in the day, Macron commented on the incident, calling it an "isolated" occurrence and blaming "ultra-violent individuals."

"We must put this incident in perspective. This is an isolated event," he said, speaking to Le Dauphine Libere newspaper. "We must not let ultra-violent people take over the public debate. They do not serve it," he added.

The embattled French leader, who has seen his approval rating drop from 48 percent to 38 percent over the last two years, falling behind opposition politician and National Rally leader Marine Le Pen in polling ahead of next year's presidential election, was assaulted during his "Tour of France" campaign, a pre-election "meet-the-people" event scheduled to last much of the summer.

The French are set to head to the polls for regional elections later this month.

Commenting on the incident later on Tuesday, Prime Minister Jean Castex decried the act of violence.

"Politics can in no way be about violence, verbal aggression, much less physical aggression...we are all concerned, this concerns the foundations of our democracy," Castex said, speaking at a session of the National Assembly.

Le Pen echoed the prime minister's sentiments, tweeting that acts of violence against the president are "unacceptable."

"Although democratic debate can be bitter, it can by no means tolerate physical violence. I strongly condemn the unacceptable physical aggression targeting the President of the Republic," Le Pen wrote.