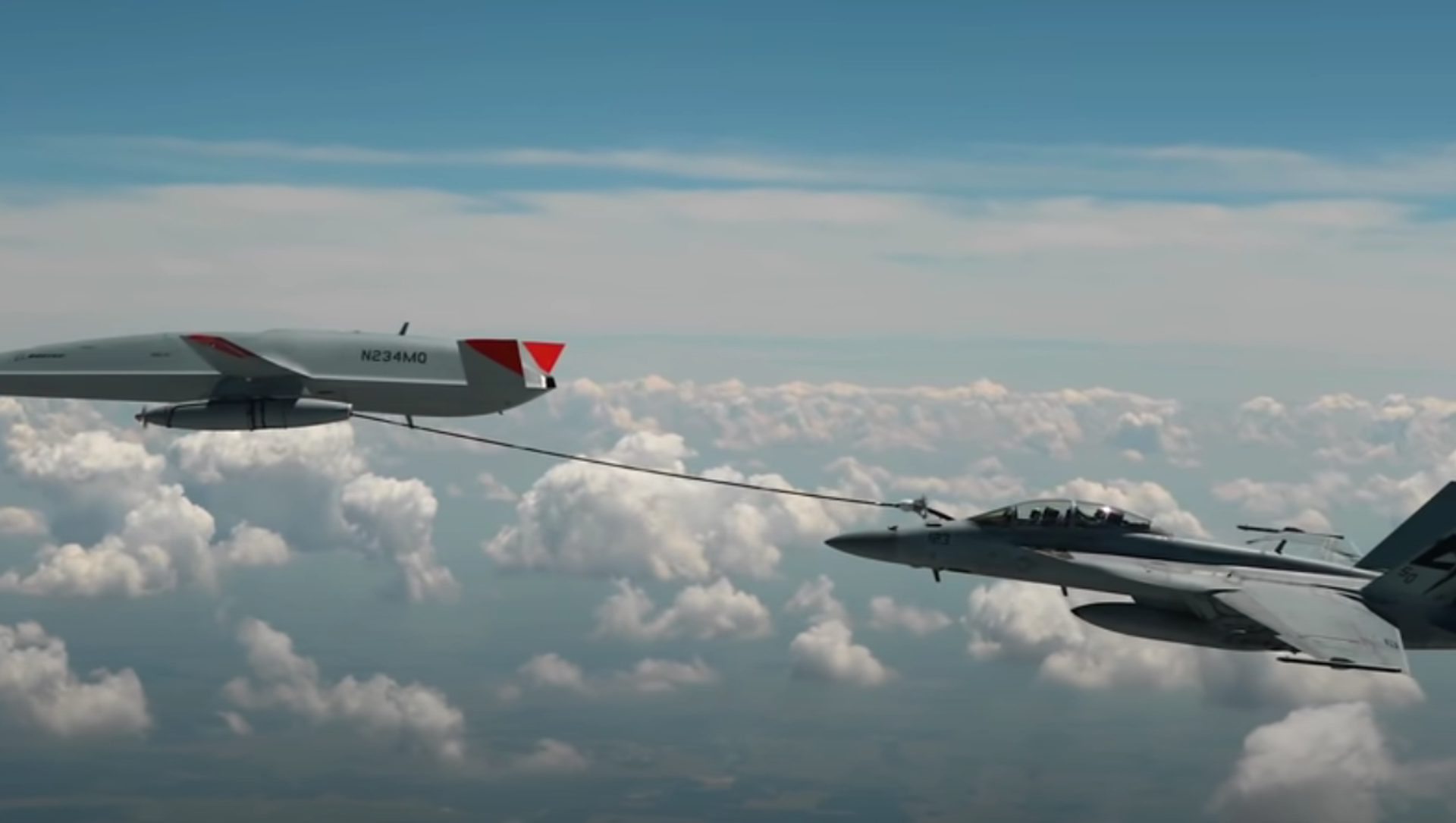 Evan Craighead
All materialsWrite to the author
Back in 2018, the US Navy awarded Boeing an $805 million contract to design, develop, test and deliver four MQ-25A Stingray drones. At the time, the service estimated that the carrier-based, unmanned aerial vehicles would achieve initial operational capability

US Naval Air Systems Command and Boeing announced on Monday that their T-1 prototype of the US Navy's MQ-25A Stingray successfully completed the service's first mid-air refueling of a fighter jet via drone.

The Stingray is seen extending its hose and drogue to deliver fuel to the fighter jet. The maneuver in question required as little as 20 feet (6.1 meters) of separation between the drone and the Super Hornet's refueling probe.

"This team of professionals was integral in the successful flight," said Rear Adm. Brian Corey, overseer of the Program Executive Office for Unmanned Aviation and Strike Weapons.  "Over the next few years, we will work side-by-side with Boeing to deliver this capability that will greatly enhance the future carrier air wing."

The successful test came after some 25 test flights with the T-1 prototype. Additional tests are expected to take place later this year.

"This history-making event is a credit to our joint Boeing and Navy team that is all-in on delivering MQ-25's critical aerial refueling capability to the fleet as soon as possible," Leanne Caret, president and CEO of Boeing Defense, Space and Security, said in a quoted statement.