Russian Envoy to UN: Mladic' Verdict Is Continuation of Politicized Approach Toward Yugoslavia 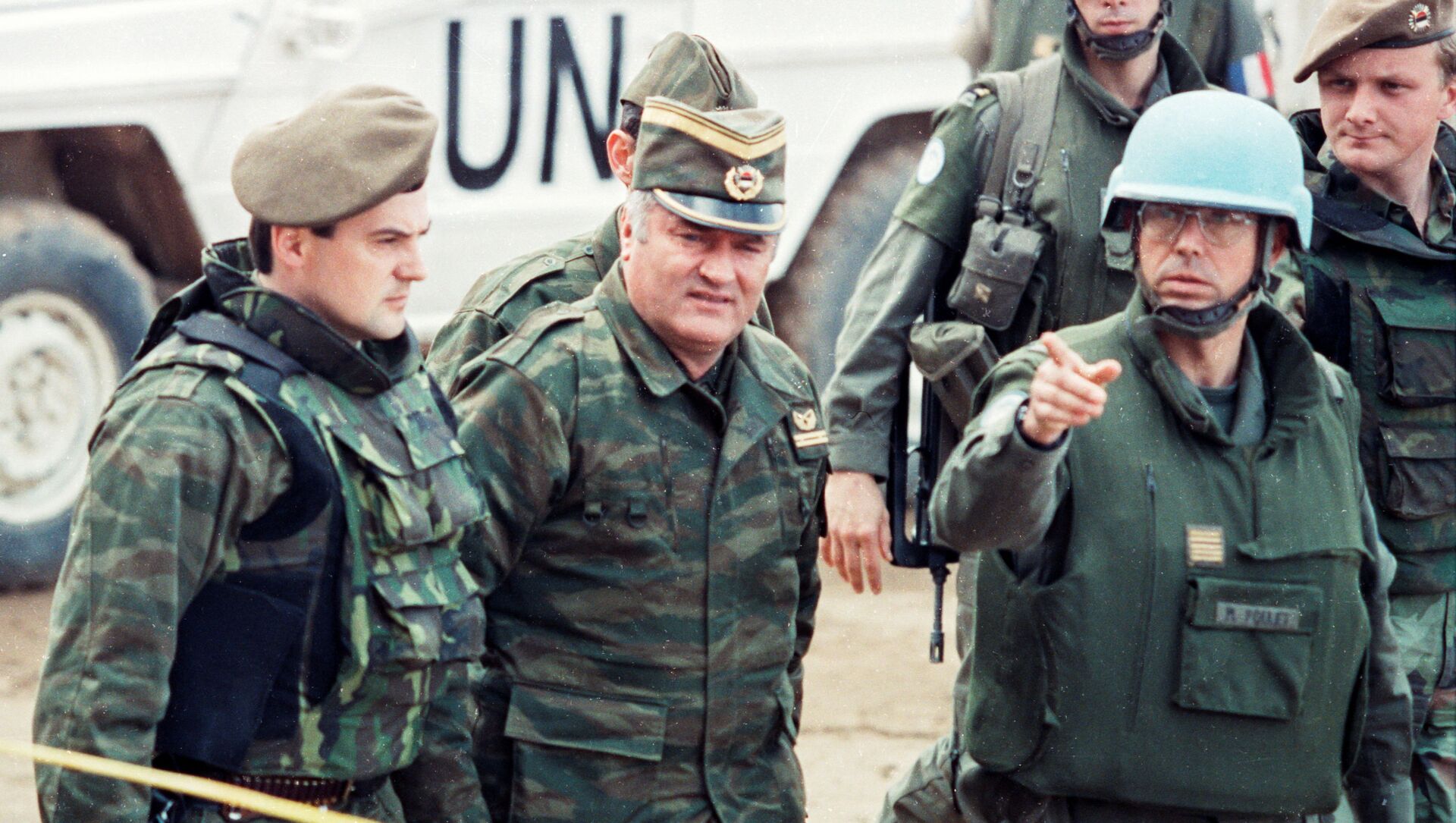 The International Residual Mechanism for Criminal Tribunals (IRMCT) reaffirmed on Tuesday the conviction of the former commander of Bosnian Serbs for war crimes committed during the 1992-95 conflict in the former Yugoslavia. At the same time, Mladic was not found guilty of killing around 8,000 Bosnian Muslim men and boys in the town of Srebrenica.

Russia believes the verdict against Gen. Ratko Mladic is a continuation of a politicized approach adopted by the preceding Criminal Tribunal for the former Yugoslavia, Russian Deputy Permanent Representative to the United Nations Gennady Kuzmin said on Tuesday.

“The publicized verdict against Ratko Mladic is the continuation of the politicized approach adopted by the International Criminal Tribunal for the Formal Yugoslavia,” Kuzmin said during a UN Security Council meeting on the issue. “It has become a vivid stain on the reputation of the Residual Mechanism [IRMCT] now.”

“Pretty soon, it will be 30 years that we have seen a biased and costly Hague machinery of justice methodically grind the lives of the participants of the Balkan war,” the diplomat added.

Russia strongly insists on a complete and independent medical examination to establish whether Mladic has retained his cognitive abilities, the ambassador said.

“A full independent examination and certification, including whether he [Mladic] has retained his cognitive function, has still not been conducted,” Kuzmin said during a council’s meeting. "We strongly insist on this kind of examination being conducted.”

Commenting on the decision, Republica Srpska President Zeljka Cvijanovic said that the IRMCT has confirmed its anti-Serbian stance after affirming the life imprisonment sentence of Mladic. His lawyer, Branko Lukic, told Sputnik that judges of the Appeals Chamber of the IRMCT in The Hague did not consider proofs presented by the defense team and did not take into account its arguments in the case of Mladic. 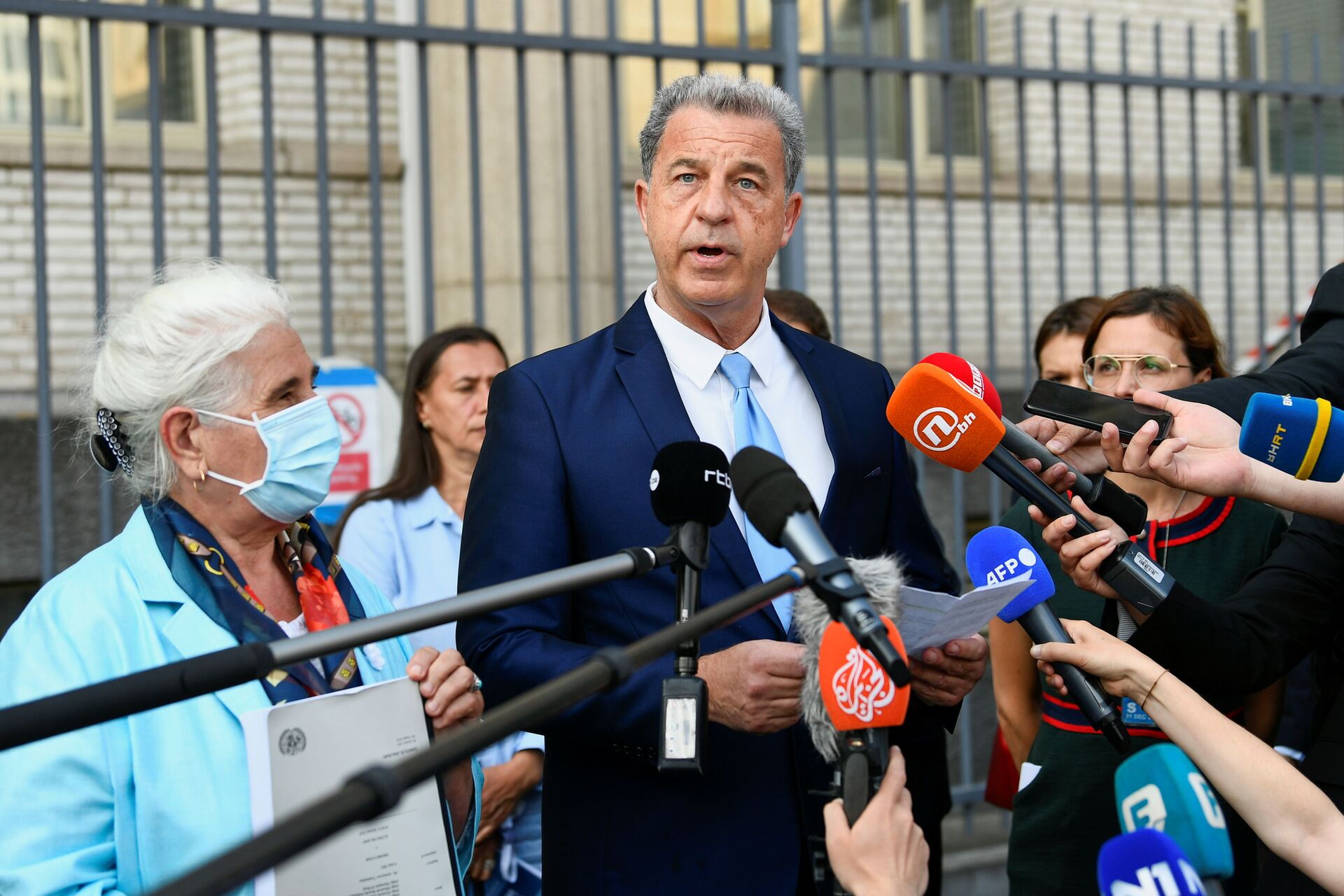 Prosecutor Serge Brammertz speaks to the media next to Munira Subasic, chairwoman of Srebrenica's mothers after an announcement of the final verdict of former Bosnian Serb military leader Ratko Mladic in his appeal judgement at the U.N. International Residual Mechanism for Criminal Tribunals in The Hague, Netherlands June 8, 2021.
© REUTERS / PIROSCHKA VAN DE WOUW

The Permanent Representative of Russia to International Organizations in Vienna, Mikhail Ulyanov, took to Twitter to reply to NATO Secretary-General Jens Stoltenberg's praise of the IRMCT's decision. The Russian diplomat noted that Stoltenberg appears to have very poor knowledge of the events in the former Yugoslavia, which is not suitable for the high position he holds.

Looks like this gentleman has very little knowledge of the factual side of the tragic events in the troubled region. Nowadays people who are supposed to be high-level politicians often turn out to be poorly prepared propagandists. https://t.co/m9O9BFcVfD

Meanwhile, US President Joe Biden welcomed the "historic" decision to uphold the conviction of Mladic for war crimes.

Mladic served as the commander of the army of Republika Srpska during the 1992-1995 conflict in Bosnia and Herzegovina. He was arrested by the Serbian authorities in 2011 after fleeing international justice for 16 years. In November 2017, the UN Criminal Tribunal in The Hague convicted Mladic of war crimes that date back to the 1992-1995 conflict, including for his role in the Srebrenica massacre, which saw many Bosnian Muslims killed. Mladic was sentenced to life in prison.

In August 2018, Mladic's lawyers filed a complaint against the life sentence with the appeals chamber, and the first appeal hearings were held two years later. Mladic's lawyers and family repeatedly emphasized that the International Criminal Tribunal for the Former Yugoslavia does not provide them with information on the health condition of the general, while doctors in the remand center in The Hague do not provide proper treatment.