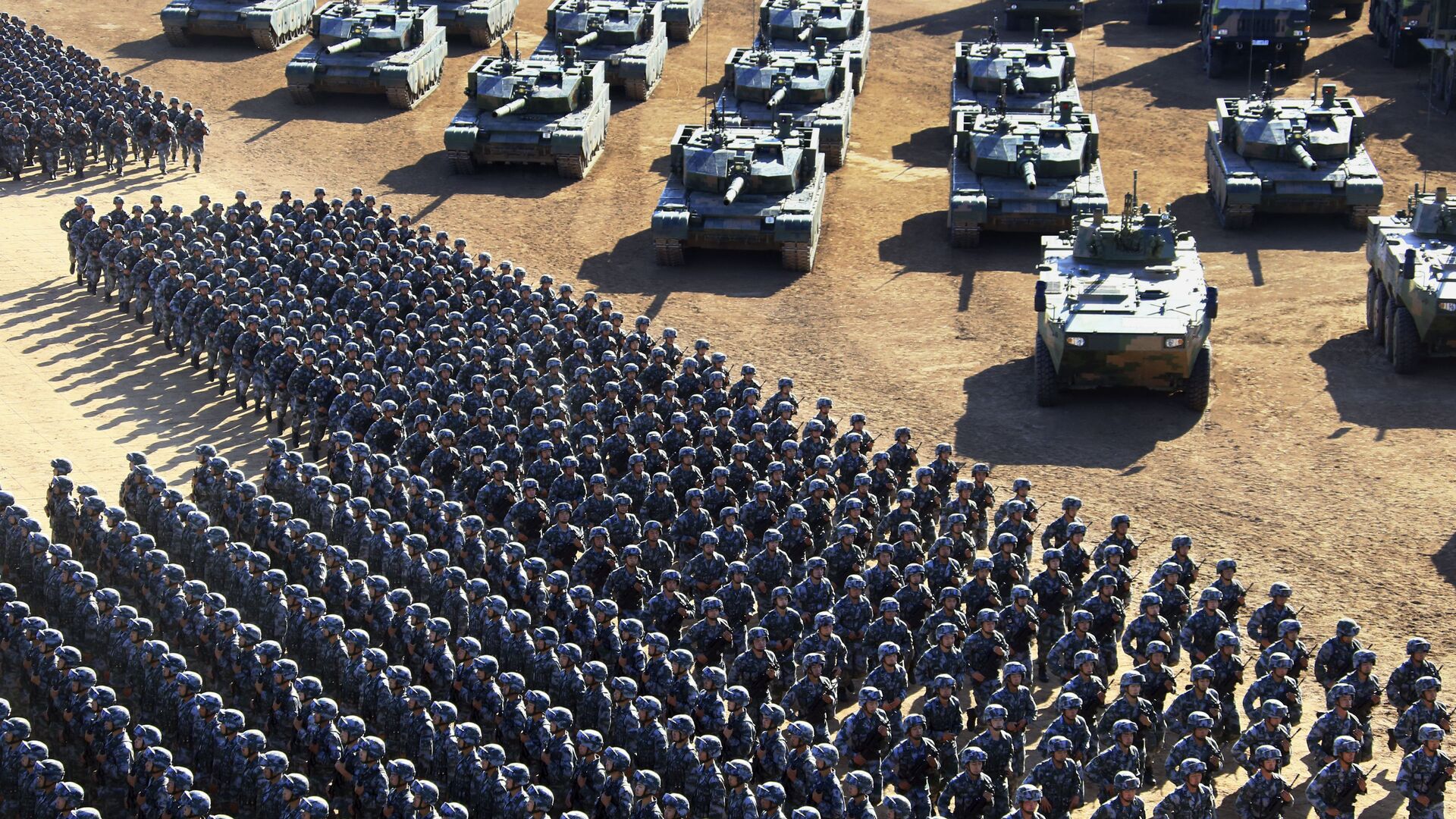 Dhairya Maheshwari
All materials
China's President Xi Jinping in 2017 announced Beijing's intention to transform the Chinese People's Liberation Army (PLA) into a "world-class" fighting force by the mid-21st century. A new US Congress report says that China is already "eroding" the military advantages of the American forces in certain warfare areas.

A new report by the US Congressional Research Service (CRS) has described China's lack of recent combat experience as a significant weakness for the People's Liberation Army (PLA), which otherwise is competing with US forces for global military supremacy.

"PLA officials frequently refer to a 'peace disease' endemic in the force, and worry that troops who have never seen battle will become complacent and struggle to maintain readiness," states the report published by the CRS, a US Congress organisation dating back to 1914.

The report noted that the PLA last fought a full-scale war in 1979, when the PLA mounted an offensive against China's southern neighbour Vietnam. Since 1949, the PLA has been involved in a “full-scale war” on only three occasions — the Korean War (1950-1953), the 1962 China-India war, and the 1979 China-Vietnam war.

The deadly clashes between Chinese forces and the Indian Army at the Galwan Valley in the disputed Ladakh border region last June is categorised as a “non-war” act in PLA parlance, as per the American report.

The report says that the PLA’s ground forces in particular have been “struggling” to train personnel and operate the new high-end equipment that of late has been replacing legacy military hardware in the Chinese forces.

The US report further reckons that joint operations capability, the effective coordination between the different wings of the PLA in the event of armed action, has also remained a major challenge for the Chinese forces.

“Even as the services conduct more exercises than ever before, relatively few are joint: between 2012 and 2019, 80 joint exercises occurred at or above the brigade/division level, according to China’s 2019 defence white paper,” the US Congress publication underlines.

“Scholars found that 7 percent of all international military exercises in which the PLA participated from 2002 to 2016 included more than one PLA service,” it adds. 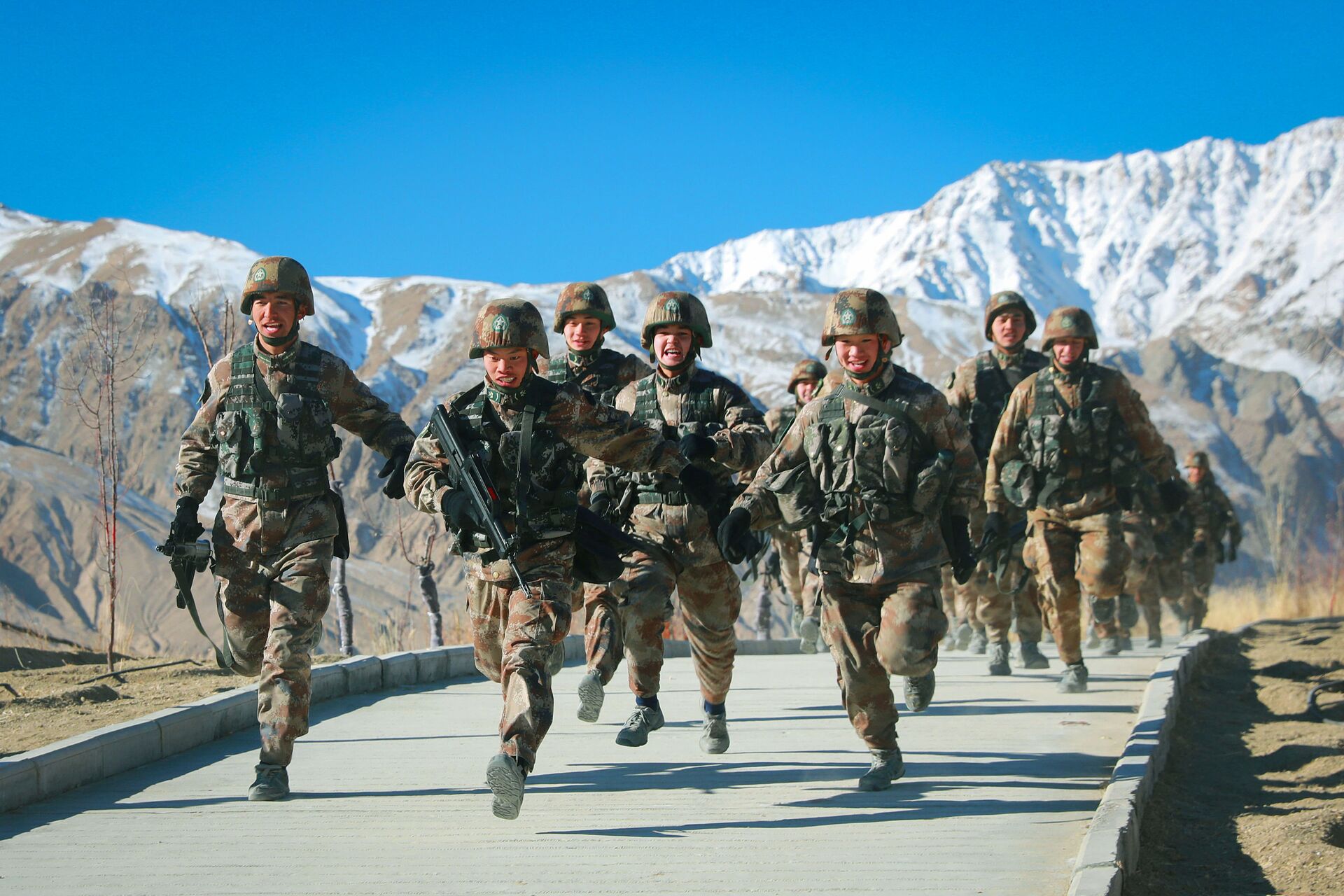 “In addition, China’s defence industry has struggled to develop certain technologies and systems, such as high-performance jet engines (one former DIA official referred to the PLA’s aerospace engine challenge as 'an ongoing disaster for China'),” the publication states.

In 2017, Chinese President Xi Jinping formally announced that Beijing was striving to “modernise” its armed forces by 2035, and transform it into a “world-class” force by the mid-21st century.

Both the deadlines are part of President Xi’s “milestone goals” to re-organise the Chinese defence forces in order to make them the most advanced in the world, as per his speech in 2017.

The US report indicates a level of vulnerability in the Chinese forces as it undergoes the “re-organisation process” stipulated by President Xi in his address.

“As the PLA reorganises itself, the force is undergoing a period of significant disruption, leading some observers to question whether the PLA might be acutely unprepared for conflict while the reorganisation process is ongoing,” it observes.

China’s state legislature, the National People’s Congress (NPC) approved $209.16 billion in military spending in March, an increase of 6.8 percent over last year. While Beijing’s military spending has been steadily rising over the last decade, it still significantly lags behind that of the US.

Last month, the US Department of Defence (DOD) proposed annual military spending of $715 billion for 2021, an increase of $10 billion over the 2020 defence budget.