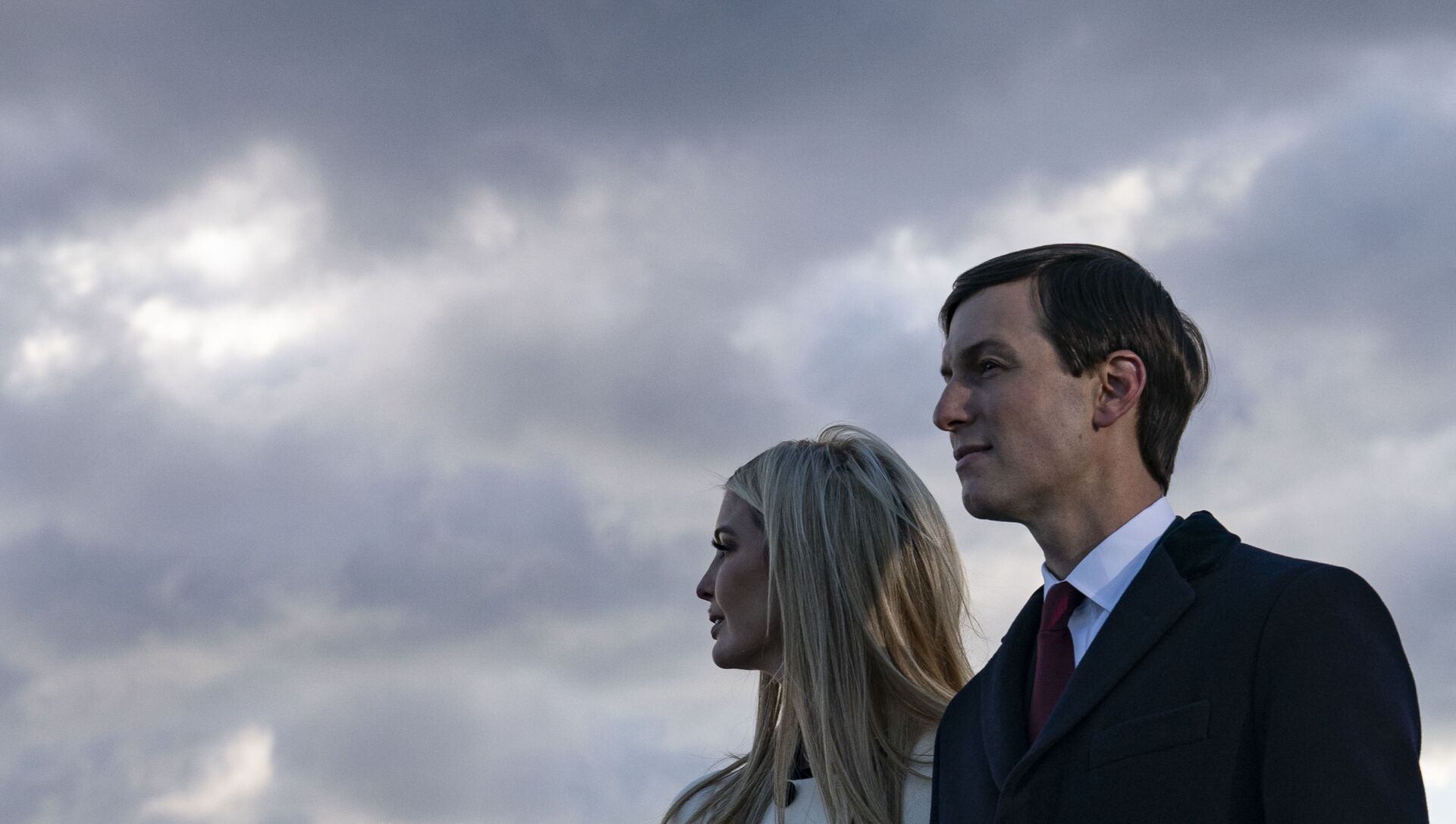 © AFP 2021 / ALEX EDELMAN
Subscribe
Kirill Kurevlev
Correspondent
All materialsWrite to the author
Both Ivanka, former president's Trump eldest daughter, and her husband, real-estate investor Jared Kushner, worked in the Trump administration as advisors to the president. While Ivanka was considered to be a part of the president's innermost circle, Kushner was one of the most influential Trump aides.

Following four years in the Trump administration, Ivanka Trump is "focusing on family time" while residing in Florida with her husband Jared Kushner, Fox News reported on Tuesday, citing sources familiar with the couple's life.

Paparazzi photos obtained by the outlet showed the pair walking their dog Winter this week in Miami, in casual sports looks.

Fun in the sun: Ivanka Trump put her impressively-toned figure on full display on Sunday when she took her daughter's #dog Winter for a walk near her family's home in #Miami pic.twitter.com/f2DQwFJhBV

According to a source close to Kushner, the main author of Trump's Middle East peace plan, also known as the Abraham Accords, is currently working on a book.

In May, Kushner launched The Abraham Accords Peace Institute, named after the agreements, which officials at the time hailed as a "historic peace agreement" between Israel and the United Arab Emirates, and which was subsequently joined by several Arab countries, normalized relations and created bilateral agreements on "investment, tourism, direct flights, security, telecommunications, technology, energy, health care, culture, the environment, the establishment of reciprocal embassies, and other areas of mutual benefit."

However, the New York Times reported last week that Kushner wants a "simpler" relationship with the former president, as he reportedly "dropped out" from his father-in-law's political business, and that he "wants to focus on writing his book."

Fox News developed those rumors by adding, in accordance with another source's words, that Kushner and his father-in-law are "close" and "speak regularly."

And another source reportedly responded, "Don't we all?" when asked if Kushner wished for a "simpler" relationship with Trump.

With Kushner out of the picture, Donald Trump Jr., the president's oldest son, has emerged as the most politically active member of the Trump family now in the former president's orbit.

Kushner and Ivanka Trump married in a Jewish ceremony on October 25, 2009. Together, they have three children: a nine-year-old daughter, and two sons, 7 and 5-years-old respectively.