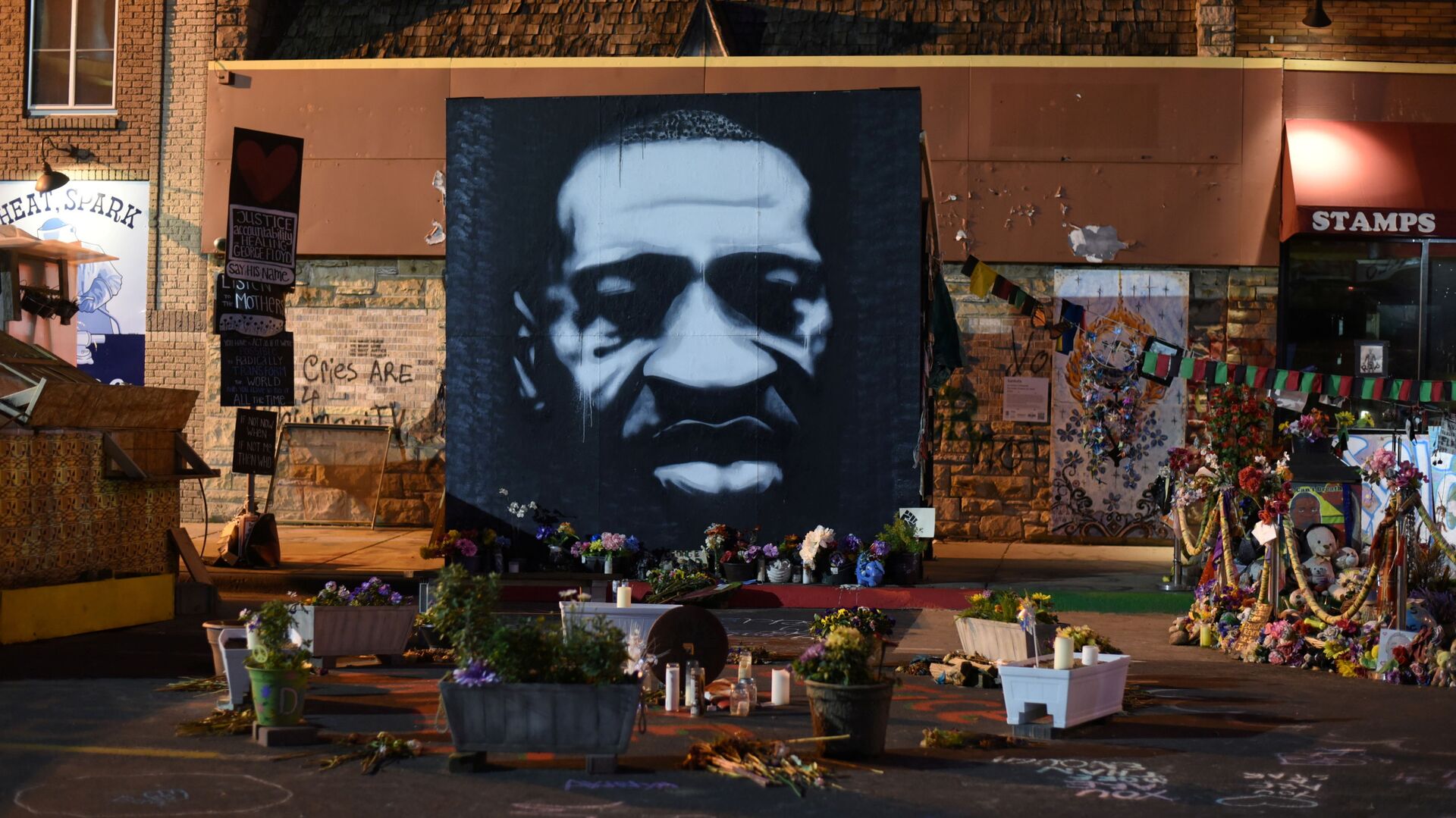 Nikita Folomov
All materialsWrite to the author
The photo shared on social media showed three students, one of which was in blackface, reenacting George Floyd’s apprehension by former police officer Derek Chauvin.

When the photo was shared on social media, it instantly drew criticism and anger among the local community, as one of the students wore blackface. An alumnus of the school then brought attention to the photo and shared a Change.org petition calling on Ayers to hold those students accountable.

​In a written statement to Mead High families, cited by The Hill, St. Vrain Valley School District Superintendent Don Haddad said that there is no tolerance for racism in any form and that the community will address ‘this extremely serious matter’ as soon as possible. He also thanked Ayers for her service at the school, where she worked for 12 years as a teacher, an assistant principal and a principal.

The National Association for the Advancement of Colored People (NAACP) Boulder County Chapter and other local organisations have also reacted to the incident and asked the district authorities to take action to address systemic racism in schools. A virtual town hall and panel discussion will be also organised in Longmont later this week. According to the school information site greatschools.org, fewer than 1% of the student body at Mead High School is black; nearly 3/4 of the students are white (non-Hispanic) and nearly 1/4 are Hispanic.

On 25 May 2020, Derek Chauvin, a 45-year-old police officer, detained Floyd, a recently-unemployed 198 cm (6'6") African-American ex-convict who had served time for armed robbery in Texas, after he supposedly used a counterfeit $20 bill at a convenience store in Minneapolis. Chauvin knelt on Floyd's neck for almost 10 minutes before the captive lost consciousness. He later died in hospital.

The incident, which had been caught on film by passers-by, triggered mass protests in almost every major city in the US as well as in other cities abroad. The so-called Black Lives Matter movement denounced police brutality and racism, demanding more justice for African Americans.