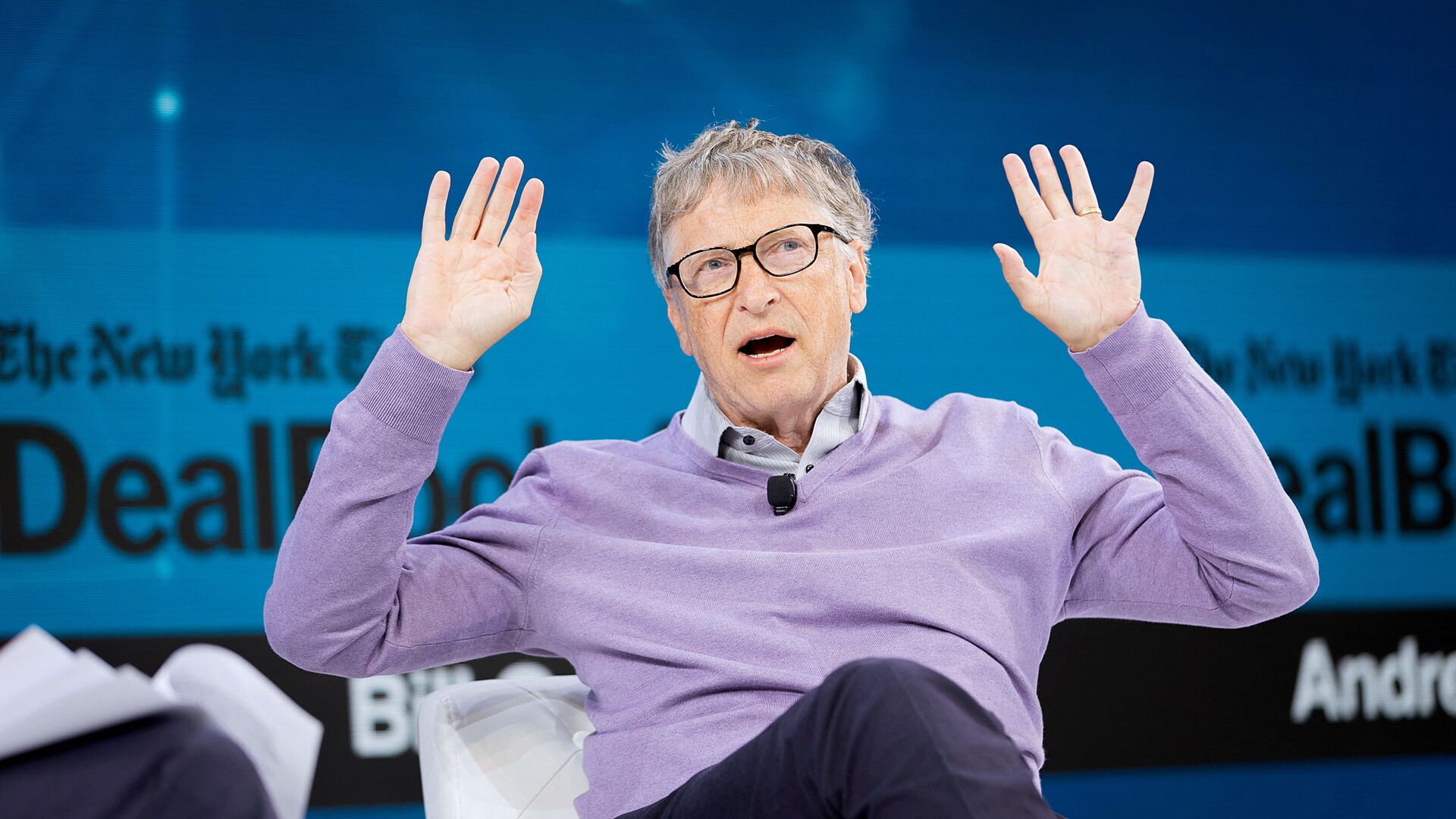 Kirill Kurevlev
Correspondent
All materialsWrite to the author
Suspicions of extramarital encounters of Microsoft founder have circulated ever since the news of Gates' divorce from his wife broke last month, while the alleged affairs reportedly have been sort of an open secret among his circles.

Because of their enormous wealth, Bill and Melinda Gates' divorce was already expected to be tumultuous, but additional revelations may soon emerge from the heightened spotlight on Bill, including accusations of inappropriate behavior toward his employees, Vanity Fair reported on Monday.

According to the report, for years, the software pioneer has been dogged by reports that he is a problematic employer. And a former employee, who is quoted in the magazine's report, claims that Gates is difficult to deal with, claiming that Gates routinely used nondisclosure agreements (NDAs) to keep rumors at bay.

"For such a long time you were told, ‘You have an NDA. You can’t talk,'" the former employee, who said they signed such an agreement, is quoted in the report as saying.

Gates is reportedly accused of being impatient and demanding by the employee, while the outlet acknowledges that such conduct is not uncommon in the fast-paced and competitive world of technology.

"Gates was "unrelenting" and "condescending," the source said. "He would ask you a question, and when you answered, he’d look at you and go, ‘That is NOT the right answer.’"

Moreover, the other source quoted in the report said that Gates would immediately address the party responsible if a deadline was missed.

The sources recalled Gates arriving at the workplace in a Mercedes just an hour before leaving in a golden brown Porsche supplied by a member of his security crew on several occasions.

Gates' Divorce Prompts Scrutiny of His Past, Ties With Epstein & Clinton Foundation, Analyst Says
"We all assumed that it was when he was with women," they said. "I knew there were many offsite meetings that were not on his calendar."

Citing its sources, the outlet stated that members in Melinda's orbit collaborated with a private investigator ahead of her divorce filing, though a spokeswoman for Melinda has reportedly rejected the claim.

According to the report, it was the upsurge in interest in Gates' workplace behavior that prompted the insiders to speak up, but the former employees are also aware that the tech giant has "not nice" lawyers waiting in the wings.

However, Fox News reported in a follow-up story regarding the NDA part that all Microsoft employees sign an NDA, which is standard practice in the tech business. According to its source, Gates did not utilize NDAs to suppress critics on a case-by-case basis.

More to that, the 65-years-old Gates' spokesperson reportedly said that "it is extremely disappointing that there have been so many untruths published about the cause, the circumstances and the timeline of Bill Gates’s divorce."

"The rumors and speculation are becoming increasingly absurd and it’s unfortunate that people who have little to no knowledge of the situation are being characterized as ‘sources,'" they added.