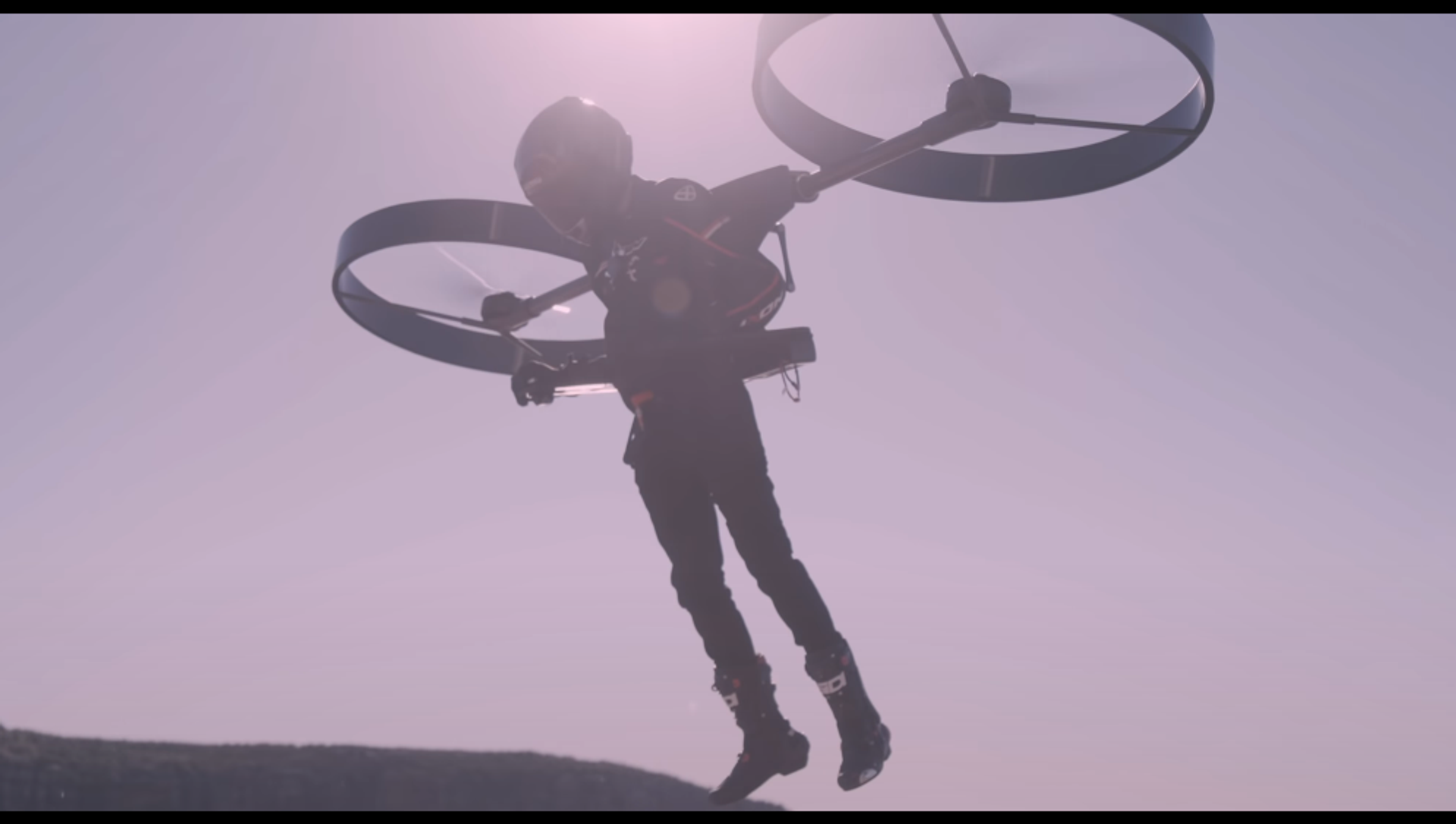 Kirill Kurevlev
Correspondent
All materialsWrite to the author
Apart from a video released by the Australian company, CopterPack, on Youtube, there is not much known about the copter aircraft, since most specifics about the device, like its design, maximum speed and altitude, and flying range per charge, have been kept under wraps.

A video of the first test flight of an electric-powered backpack helicopter, or manned drone, as the inventors have also called it, has been posted by an Australian company.

According to the CopterPack's description, unlike gas-powered jetpacks that have been tested publicly for a while now, its dual rotors are propelled by battery power.

In the over a-minute-long video, after seemingly hovering in the air for a brief period of time, the unknown pilot lifts off from a standing, stationary position, comparable to that of a drone, and lands with comparable ease.

The pilot hovers and glides through the air after reaching a height of approximately 15 meters (or 50 feet) before landing in a smooth standing position.

According to the Daily Mail, who spoke to the jetpack inventor, who reportedly presented himself only by his first name, Matt, the idea of a manned backpack aircraft came to him in early 2020.

"The aircraft is currently in the early trial stages and requires more development," the inventor is quoted in the report as saying. "The next step for CopterPack is to develop and test a version of the aircraft that has mechanical and electronic redundancy."

As seen in the photos posted to CopterPack's official website, the right hand has a throttle lever and the left has a three-axis joystick.

The aircraft advances in the direction the joystick is tilted, but if the operator lets go, "the autopilot will level the aircraft" by tilting forward and back, according to the report.

According to another report, the rotors, which are estimated to be about 90 centimeters in diameter (3 feet), are connected to a rigid-framed backpack with "some underslung battery packs and a pair of flat armrests with hand controls."

Given the altitude attained by the pilot, who is dressed only in a leather jacket and a motorbike helmet—and the proximity of the fast-moving rotors, the device's safety is questioned by critics. And some of those who watched the video have reasonably asked how the aircraft will behave in the event of a battery failure.

However, the race to develop a safe and viable personal jetpack has been going on for years. Although, according to multiple media reports, jet packs now have very short ranges and are not equipped to fly in dense airspace.

Of course, this does not stop innovators from trying out new designs. In February last year, the UAE-based initiative Jetman tested its fuel-powered Jetwing in Dubai, releasing footage of a pilot wearing a jetpack soaring above Jumeirah Beach at about 241 kmh (150 mph). At that time, Vince Reffet, a French skydiver, took off from a launchpad at Skydive Dubai and rapidly stabilized over the water before flying out for a three-minute ride before releasing his parachute at an altitude of roughly 1.4 km (4,900 feet).