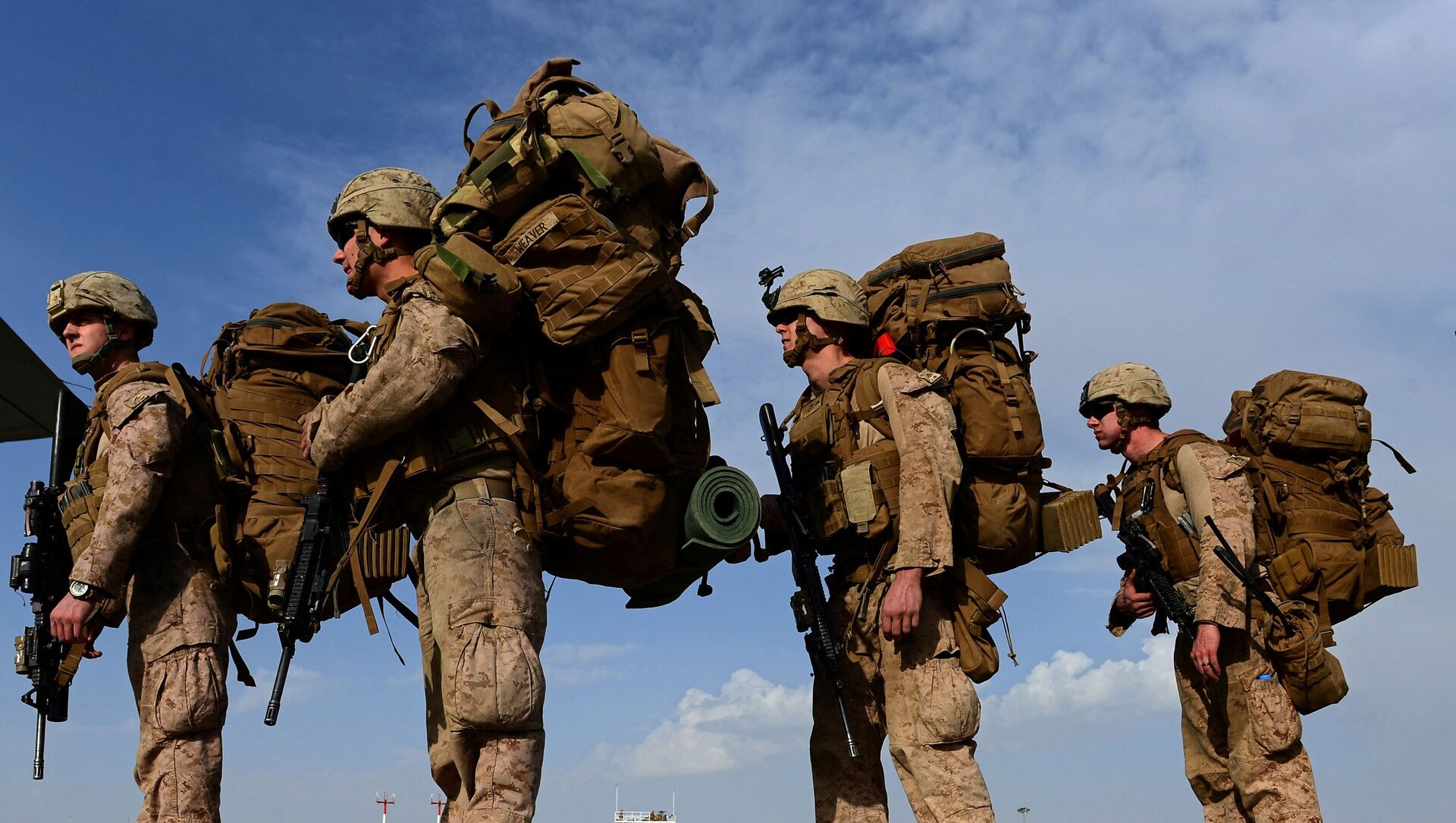 © AFP 2023 / WAKIL KOHSAR
Subscribe
International
India
Africa
WASHINGTON (Sputnik) - The US military has completed roughly half of its withdrawal from Afghanistan, putting it on track to meet the September withdrawal deadline, US Central Command (CENTCOM) head Gen. Kenneth McKenzie said on Monday.

"We are continuing to execute a safe and deliberate withdrawal of US troops from Afghanistan at the direction of our President and in concert with our NATO allies and partners. We’ve completed about half of the entire retrograde process, and we will meet the September deadline to complete the full withdrawal from Afghanistan," McKenzie said.

World
Largest US Military Base in Afghanistan to be Handed Over to Afghan Forces, Reports Suggest

McKenzie added that the US does plan to maintain an embassy in Afghanistan, at the invitation of the Afghan government, but it is up to local forces to maintain peace in the area. He noted that much of the US’s current role in the region is as an advisor to local security in addition to conducting counterterrorism operations.

Although US forces were originally supposed to have exited the country by May of this year, officials struck a deal to extend the withdrawal deadline to September 11th, the 20th anniversary of the 9/11 terror attacks on the World Trade Centre.