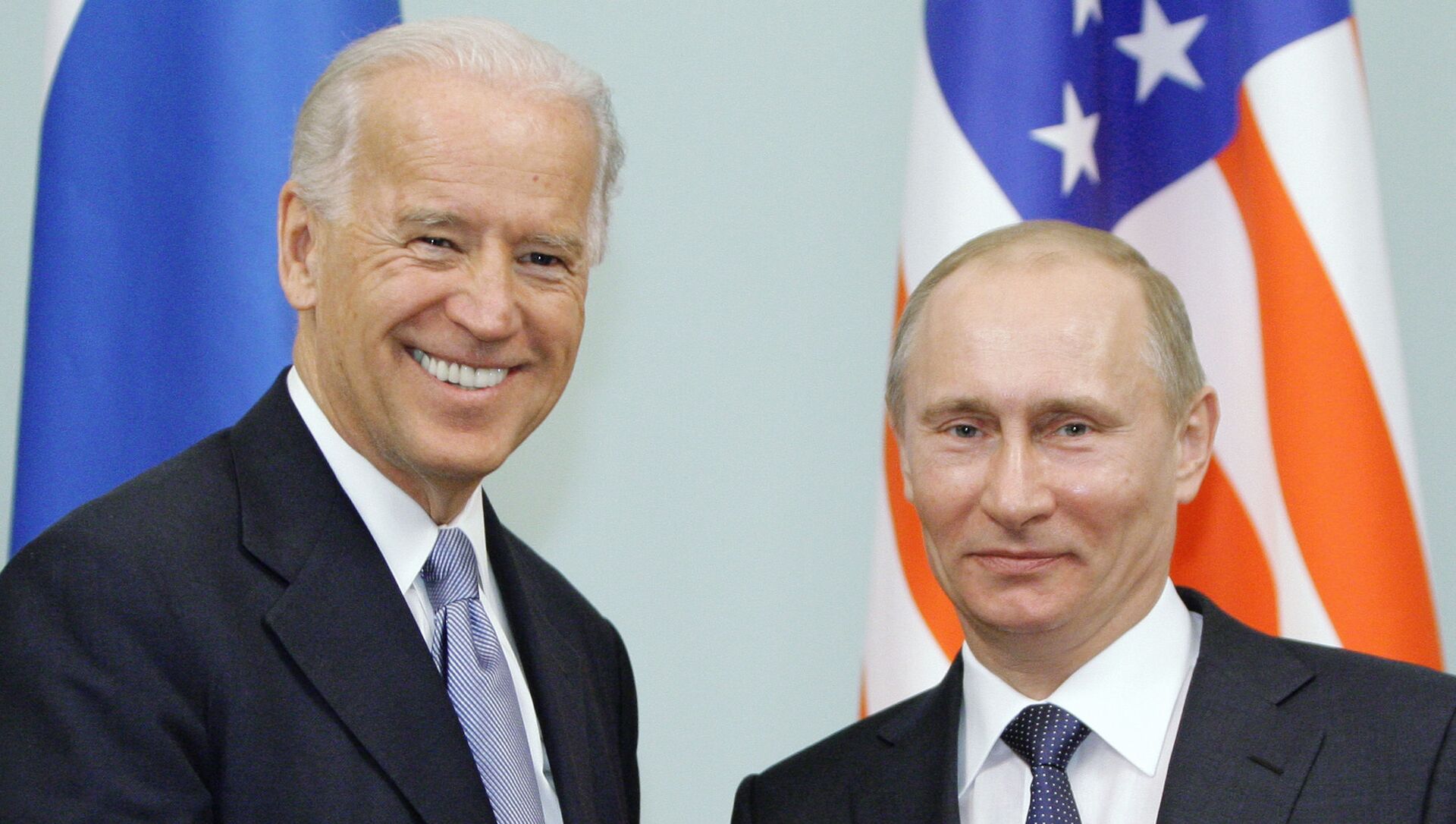 Ekaterina Blinova
All materialsWrite to the author
While Joe Biden has vowed to "press" Moscow on human rights issues in Geneva, he may be given a dose of his own medicine one day given Washington's record of human rights abuses both at home and abroad, according to economist and author Dr. Paul Craig Roberts.

President Joe Biden has vowed to bring up human rights issues during an upcoming meeting with his Russian counterpart Vladimir Putin on 16 June in Geneva. Commenting on the American president's remarks, Russian Foreign Minister Sergei Lavrov noted on 31 May that Russia views no topics as taboo and is ready to discuss issues including the prosecution of Americans charged with orchestrating the January 6 riots and the human rights of US opposition activists.

Not Everything in the US Garden is Rosy

The Biden administration's attempts to weaponise human rights against Russia may backfire on the White House, according to Dr. Paul Craig Roberts, an American economist and former assistant secretary of the Treasury for economic policy under President Ronald Reagan.

When it comes to the US, the situation does not look better; currently, conservative observers are expressing growing concerns about the prosecution of Trump rally participants referred to as "armed insurrectionists" by the US mainstream press and Democratic politicians.

I keep getting reports of deteriorating conditions in DC jail for January 6 defendants including more abuse, solitary punishment, and threats. Anyone paying attention @Jim_Jordan @ChuckGrassley? It sounds like they need help and intervention.

​One of them, Richard Barnett, 60 – who posed for the cameras with his feet on Nancy Pelosi's desk – was ordered to remain behind bars in a DC jail, along with dozens of other Capitol protesters, "with no chance to make bail even though he has no criminal record and faces no violent charges," according to Julie Kelly, a political commentator at American Greatness. Barnett spent almost four months in jail before a federal judge released him in April 2021.

Speaking to Kelly, Barnett and another 6 January defendant, Jacob Lang, complained that they and other detainees were "abused mentally, physically, socially, emotionally, legally, and spiritually." Some defendants were severely beaten while the detainees' attempts to practice their religion were mocked by "nasty and insulting" jailers, according to Barnett's account of events.

While painting all the 6 January demonstrators with the same brush, Democratic policy-makers and MSM remain tight-lipped about the trigger behind the riot, i.e. suspicions over alleged election irregularities and voter fraud, according to Dr. Roberts. The former Reagan official believes that the 2020 election with its last-minute voting rule changes in swing states and abuse of authority by some governors and secretaries of state was nothing short of "a coup against democracy" and "a human rights violation." 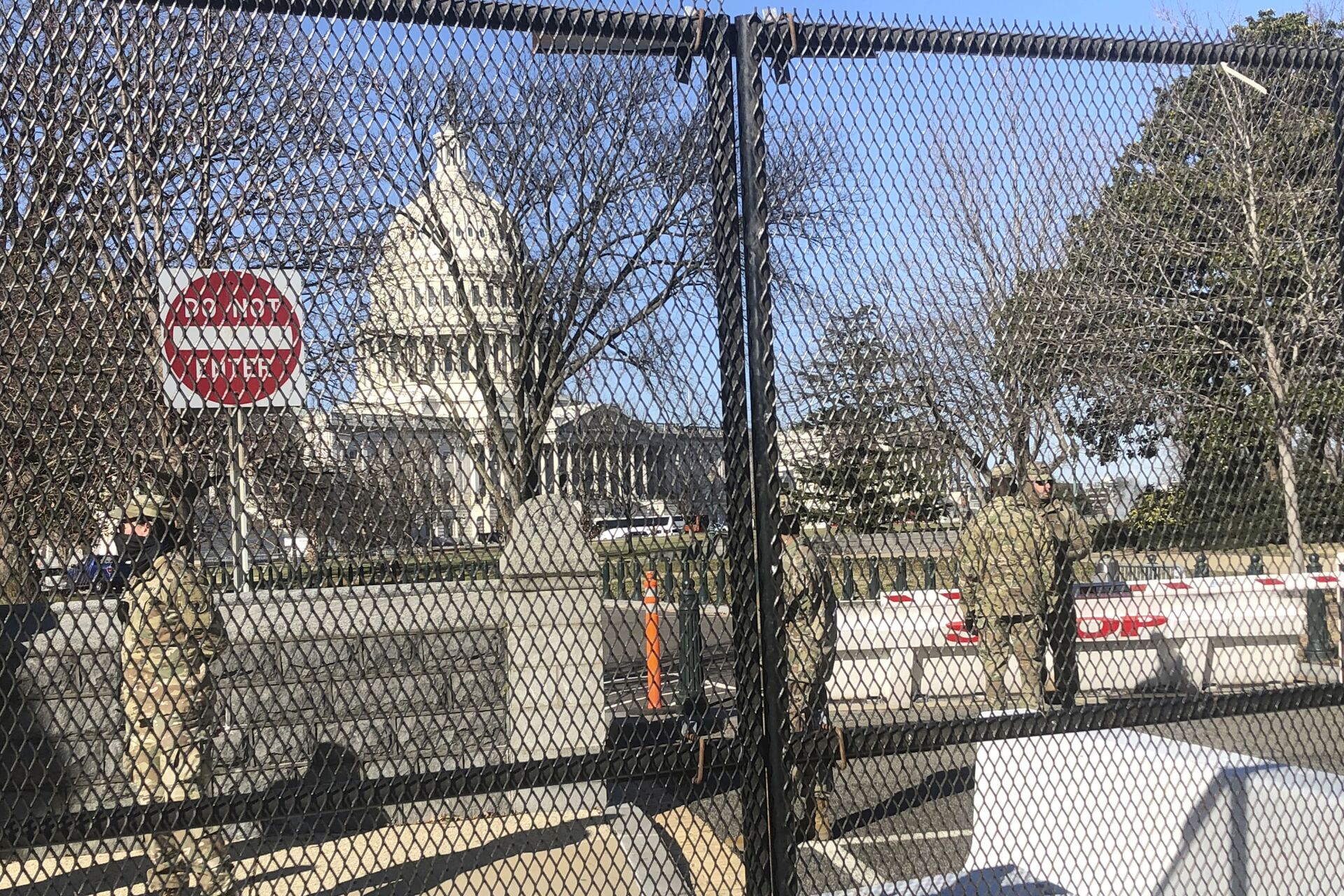 Big Tech's censorship and suspension of accounts of conservative pundits, politicians, activists, and those who expressed doubts about the 2020 election outcome is a violation of the Constitution’s First Amendment protection of freedom of speech, the economist notes.

"'Cancelling' people is a human rights abuse," he says.

Those who have been recently subjected to the critical race theory (CRT) programming or fired from their jobs for objecting to their children being taught CRT in public schools could also be added to the list of domestic human rights controversies, Dr. Roberts believes.

Why are we trying to teach young white kids that they are evil just for being born?

Why are we trying to teach young black kids that they are never going to make it just because they’re black?

​CRT revolves around the concepts of "white supremacy" and premises that US laws and legal system are inherently racist and designed to suppress people of colour, most notably African Americans. Corporate human resource training sessions and diversity workshops for educational and government institutions label white people as "oppressors" and urge them to be "less white." While former President Donald Trump banned these training sessions, new Oval Office occupant, Joe Biden, rescinded his predecessor's ban via executive order in the first days of his presidency.

In addition to this, American citizens are being routinely spied on by federal agencies, the economist notes, referring to the latest FISA compliance review declassified in April 2021. According to FISA Court Presiding Judge James Boasberg, the FBI continues to use the NSA's massive electronic troves for warrantless searches of US citizens' information despite repeated criticism. The Department of Defence appears to surveil US citizens without warrants too, according to a 13 May letter written by Democratic Senator Ron Wyden, who introduced a bill protecting Fourth Amendment rights. On top of this, the Biden administration is reportedly considering hiring outside companies to spy on suspected "white extremists" online and "legally" infiltrate private groups under fake identities. 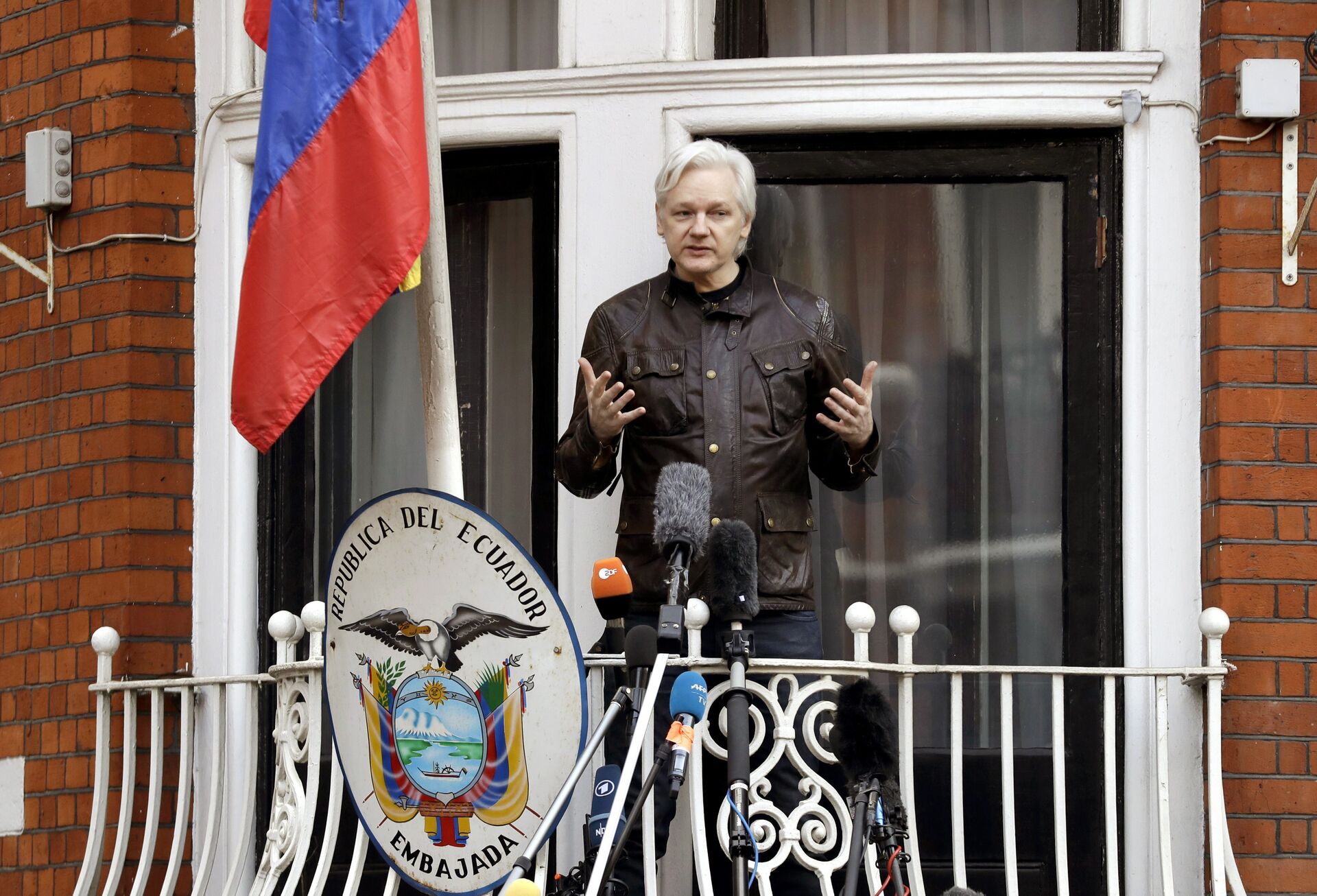 WikiLeaks founder Julian Assange gestures as he speaks on the balcony of the Ecuadorian embassy, in London, Friday May 19, 2017.
© AP Photo / Matt Dunham

However, perhaps the worst case of US human rights violation is that against WikiLeaks Founder Julian Assange, Dr. Roberts believes.

"Acting first through the Swedish government and now through the British government, Assange has been imprisoned without charges or conviction for about a decade," Dr. Roberts underscores. "This case is as bad or worse than Soviet human rights violations against individual dissidents. I would say worse, because Assange is not an American citizen; yet Washington is trying to bring treason charges against Assange. A person who is not a citizen of the country cannot commit treason against the country."

On 11 April 2019, Assange – who shed light on US atrocities in Iraq, Democratic Party's rigging of primaries in 2016, and the CIA's cyber-hacking tools among other issues – was arrested in London after being stripped of Ecuadorian asylum protection. The US Justice Department charged the him with conspiracy to commit intrusion into a US government computer and 17 counts relating to the Espionage Act of 1917. The charges brought against the journalist carry a maximum sentence of 170 years in prison.

Given all of the above, Biden is opening a can of worms if he wants to lecture others about human rights, Dr. Roberts concludes.