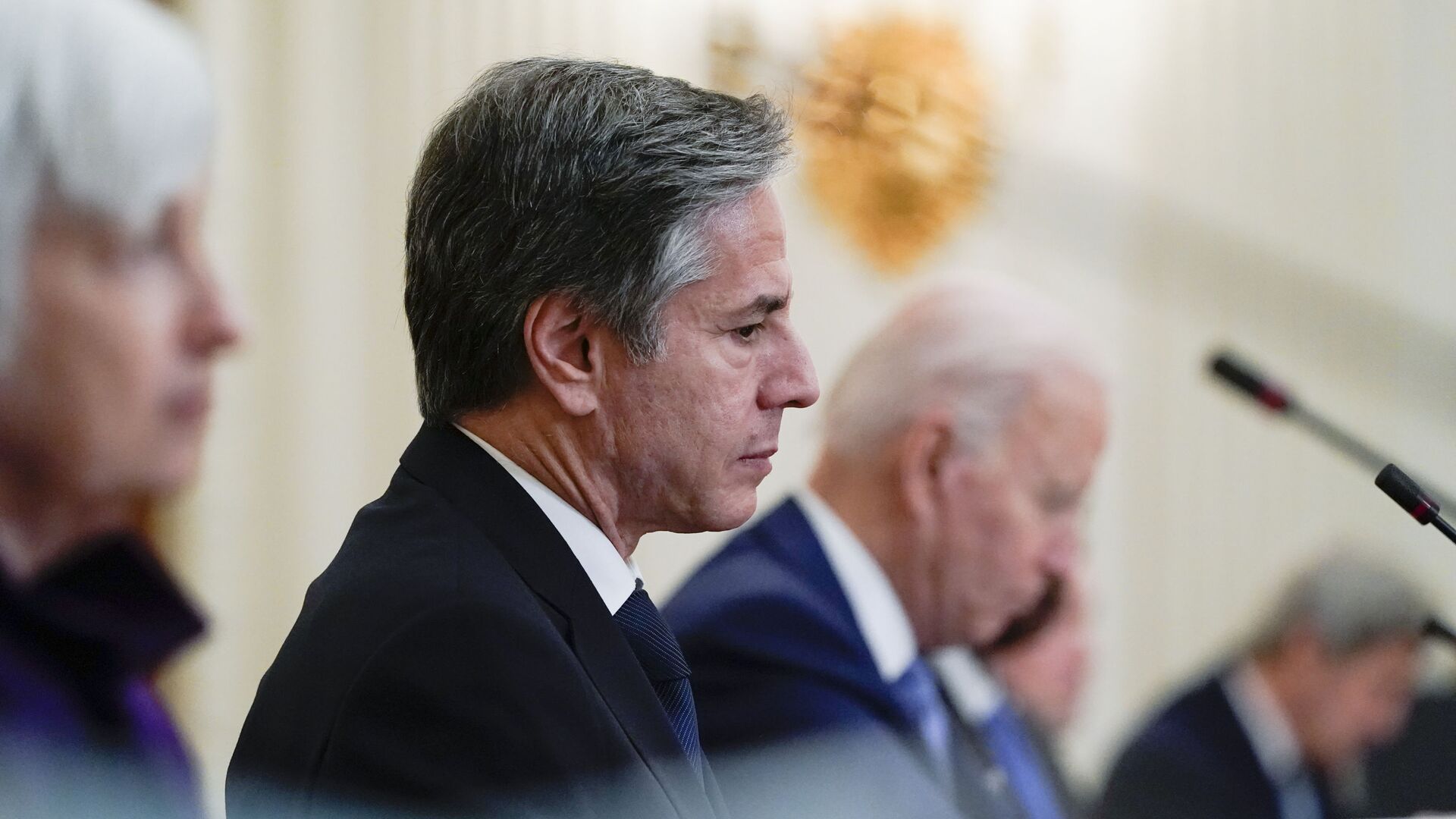 Morgan Artyukhina
All materialsWrite to the author
When US President Joe Biden travels to Europe later this week to meet with the G7 powers and NATO allies before meeting with Russian President Vladimir Putin next week, he will be urging them to form a more united and comprehensive effort against Russia, including in cybersecurity.

Price added that Blinken would also be a part of Biden's bilateral meetings on the margins of the G7 summit in Cornwall, England, set to run from Friday until Sunday. Biden will then travel to Brussels for meetings with members of the NATO mutual defense alliance on June 14, before meeting Putin in the western Swiss city on June 16.

Since Biden took office in January and appointed Blinken to be his chief diplomatic envoy, the former National Security Council member has energetically traveled and met with US allies to shore up support after the departure of abrasive former US President Donald Trump.

In March, Blinken traveled to Japan and South Korea before joining White House national security advisor Jake Sullivan in Alaska for a 2+2 meeting with their Chinese counterparts. Although Communist Party of China's foreign policy chief Yang Jiechi said he hoped the meeting would be fruitful in building peace, Blinken plainly stated prior to the meeting it had little purpose other than for Washington to stake out its positions on various issues relating to China, such as its internal security policies, disputed territorial claims in the South China Sea, and the origins of COVID-19.

On Sunday, Blinken told Axios on HBO the goal of the meeting was to create a “more stable relationship” between the two countries, but also that he would tell Putin “directly and clearly” there would be retaliation if his government was found to be behind recent cyber attacks on Colonial Pipeline, the US Agency for International Development, or other institutions.

"I can’t tell you whether I'm optimistic or not about the results," Blinken told the outlet.  "I don't think we're going to know after one meeting, but we'll have some indications ... We're prepared either way."