As Israel Prepares to Swear in New Government, What Do Egypt and Jordan Expect? 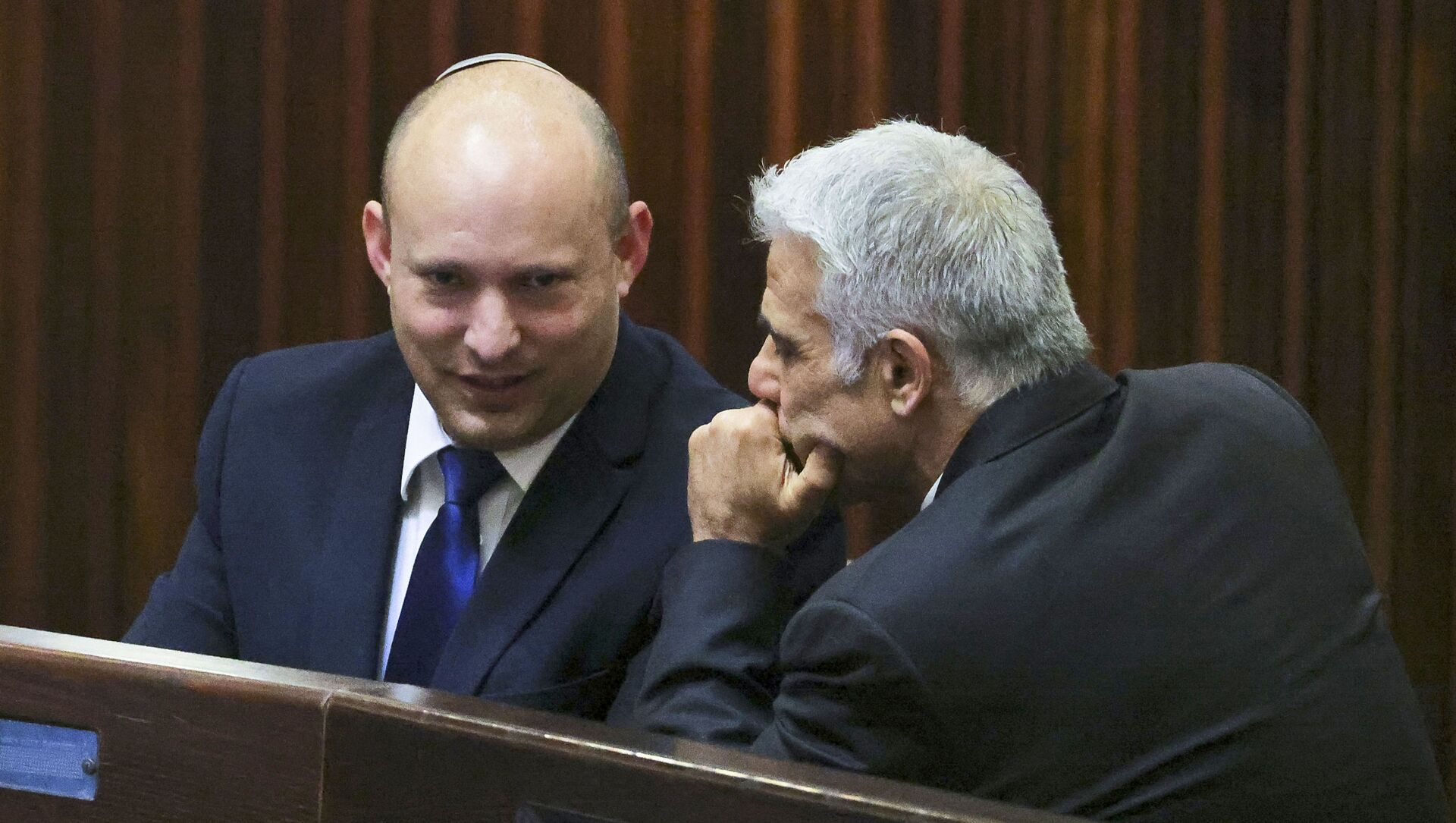 Elizabeth Blade
All materials
On Monday, the chairman of Israel's Knesset (legislature), Yariv Levin, is set to announce that the head of the Yesh Atid party, Yair Lapid, has managed to form a governing coalition. He also has to decide on when the government will be sworn in; the ceremony is widely expected to take place on 14 June.

The Egyptian authorities have been following the struggle to form a ruling coalition in neighboring Israel with great interest, with Cairo ready to work "with any elected Israeli leader as long as the main agreements are respected", believes Amr Zakaria, a Cairo-based political analyst.

These agreements included cooperation in a number of spheres including intelligence sharing, the economy, defence and security, as stipulated by the historic 1979 peace agreement between the two countries.

Netanyahu Urges 'Right-Wing Knesset Members to Oppose Dangerous Left-Wing Gov't' Announced by Lapid
After the ouster of President Hosni Mubarak in 2011 and with the surge of terrorism in the North African country, security ties between Israel and Egypt grew tighter and Cairo expects that this cooperation will not falter now, as the chief of the conservative Yamina party Naftali Bennett comes to power.

Other Expectations? Not High

But while expectations are high with respect to security coordination, authorities in Cairo, says Zakaria, are less optimistic about what the future will hold when it comes to the Palestinians.

Under Prime Minister Benjamin Netanyahu, who has served the country for 12 consecutive years, there has been a stalemate in the Israeli-Palestinian peace negotiations. Israel has continued to expand its presence in the West Bank, and the two-state solution seems like a remote prospect.

Now with Bennett in office, the situation is unlikely to change for the better. Known for his hawkish views, the head of the Yamina party is expected to take an uncompromising approach on the issue of Jerusalem, a city disputed by Jews and the Arabs.

He is also expected to continue with Israel's settlement activity to please his hawkish base of supporters and will pursue a hard line with Palestinian prisoners.

Israel's Lapid Claims to Have Formed a Government But He May Be Celebrating too Soon, Here's Why
The more liberal Yair Lapid will probably counter-balance the hawkish policies, but Zakaria says the government, led by politicians adhering to opposing ideologies, is not going to bring an end to the Israeli-Palestinian conflict. Nor will it end the suffering of the Palestinian people.

"It is not even clear if this government is right or left, it was only formed to oust Netanyahu from office. This is why it is not clear which approach it will take and my feeling is that several months down the line it will collapse and Israel will go to elections yet another time."

Just like in Cairo, the Jordanian authorities have no illusions that the new government will strive to achieve a two-state solution, says Daoud Kuttab, a Jordan-based political analyst. Nor do they have any expectations from Bennett, "known for his poor record against the Palestinian people".

However, Kuttab says Jordan will want to see "Bennett in action" before jumping to conclusions, and they will also want to give him a chance to improve Israel's relations with Amman.

On that front, Bennett will need to exert extra efforts to iron out the somewhat bumpy relations with Jordan that have hit a low ebb during the tenure of Netanyahu.

Jordan was extremely concerned with what it termed Israel's violation of Palestinian rights, its settlement expansion activity and the country's deeds in Jerusalem, home to sites considered holy by Jews, Muslims and Christians.

That frustration burst out on a number of occasions. In 2019, for example, Amman decided to claim back Tzofar and Naharaim, two strips of land that were cultivated by Israeli farmers under the peace treaty with Jordan from 1994. A year later, the kingdom was mulling over severing ties with the Jewish state following the revelation of its annexation plan. And, recently, relations have given another crack after the Jordanian authorities allegedly refused to let Netanyahu fly through Jordan to the United Arab Emirates.

"The Jordanian King [Abdallah II - ed.] and government have boycotted Netanyahu for years due to the lack of confidence in him as well as his repeated lies, especially about Al Aqsa mosque and other holy sites in Jerusalem."

"[The new government] will have a chance to mend those ties but only if they are serious and will follow through on promises," Kuttab concluded.