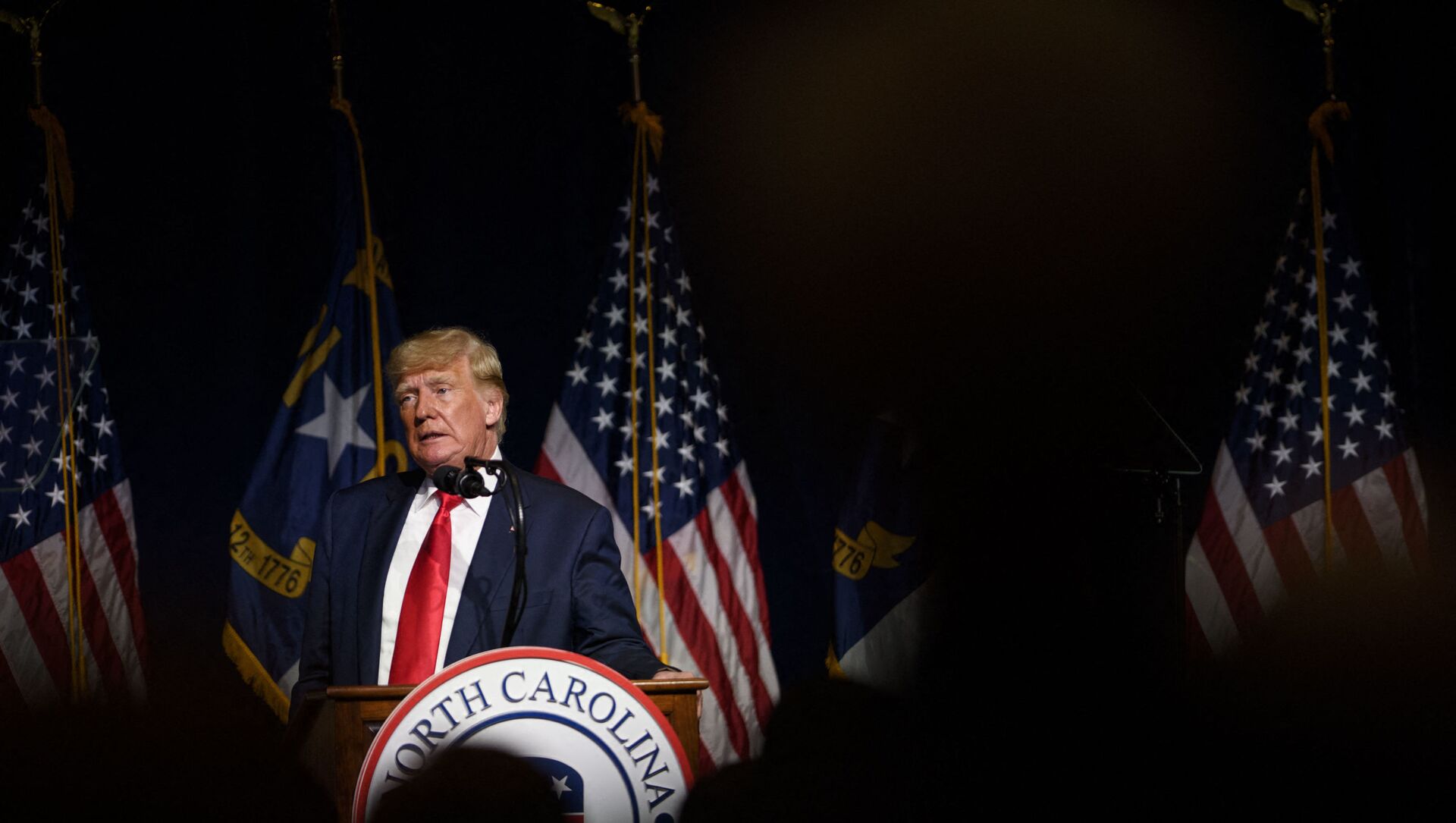 Henry Batyaev
All materialsWrite to the author
The former US president attended a major GOP convention in Greenville on Saturday in what was his second political appearance since he left office in January. However, rather than paying attention to his 90-minute address, some Twitter users couldn't take their eyes away off...his trousers.

Former President Donald Trump's speech on Saturday at the North Carolina Republican Party's State Convention has attracted the attention of the Twitterati - but for all the wrong reasons, as some of the social media users could not figure out what on Earth was going on with his trousers.

Some commenters were convinced that the former president was wearing them backwards, as there appeared to be no fly on them.